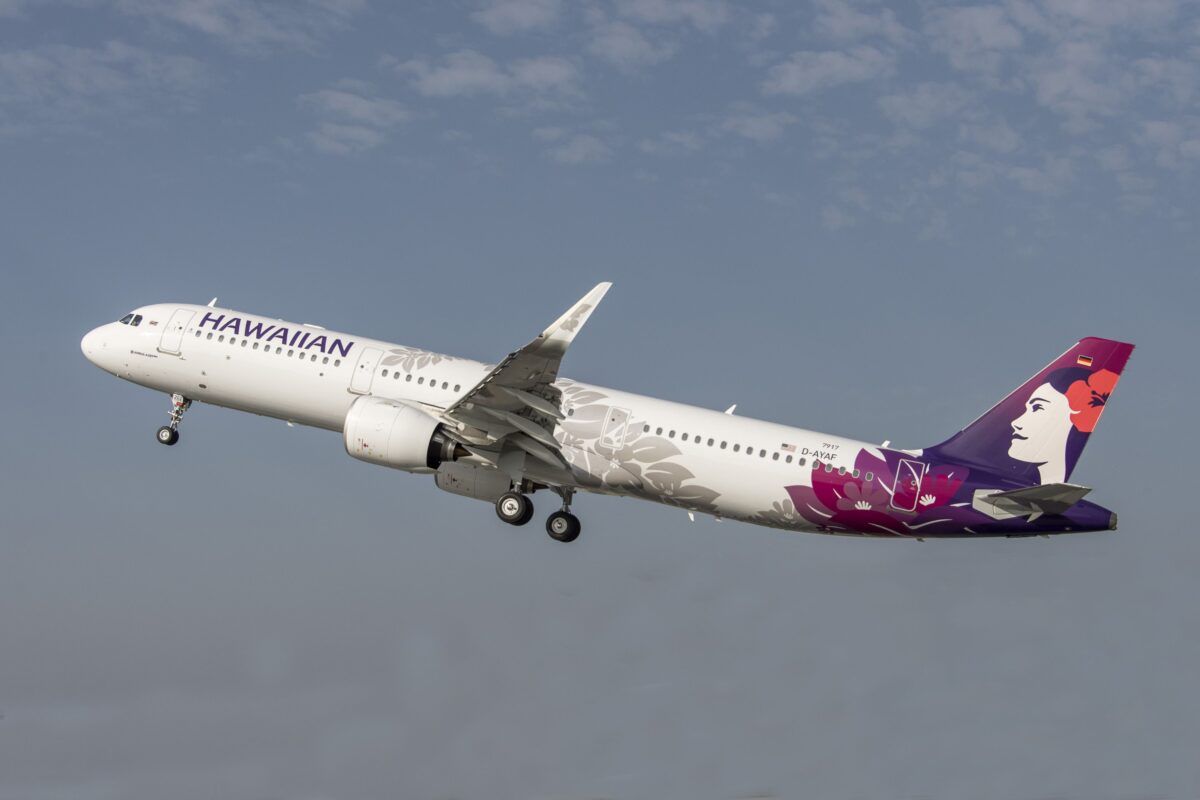 Hawaiian Airlines has a fleet of 69 aircraft. The airline has an extensive interisland presence and a sizable network of routes to the mainland United States. The in-between aircraft in Hawaiian’s fleet, the A321neo, are the newest members of the carrier’s fleet, but they are also very versatile jets. CEO Peter Ingram even calls the plane the “Swiss Army Knife” of Hawaiian’s fleet.

The A321neos are a flexible aircraft for Hawaiian Airlines

Speaking at a CAPA Live event, Mr. Ingram was asked about the A321neo and Hawaiian’s posture as being “bullish” on the jets. Mr. Ingram spoke about the plane at length, saying the following:

“I think one thing that’s great about it is for the routes we are serving, it’s by far and away the most efficient aircraft out there in terms of the fuel economy and the good mix of density and comfort that you get on that airplane. So, for us, we look at the 321 as a little bit of a Swiss Army knife in our network.”

Where Hawaiian has flown the Airbus A321neo

The Airbus A321neo’s versatility is a strength to Hawaiian, and, according to Mr. Ingram, the plane has flown a fair bit in Hawaiian’s network:

“For a while we’ve actually flown it on some interisland routes– very short haul– and we’re using it for some of those flights, while, at the same time, we can put it into a market on the mainland US that might have been an A330 market in prior times, but doesn’t have the volume of demand to support that right now. And, the cost per cycle of an A321 is considerably below that of a widebody aircraft. If you don’t have the cargo revenue to offset that and you can fill all those seats, then absolutely we’d like to go ahead and use the 321 as much as we can.”

Hawaiian tends to use the Boeing 717 on its interisland flights. As a short-haul narrowbody aircraft configured with room for 128 passengers, the carrier finds the 717 to be an attractive option for running a high-density schedule between Kahului Airport (OGG) and Daniel K. Inouye International Airport (HNL).

One time when the Airbus A321neos flew more on the interisland services was when Hawaiian Airlines capped its load factors. According to Mr. Ingram, the aircraft entered into some inter-island service during peak demand days to cater to the greater demand for specific flights that the Boeing 717s could not offer due to load factor caps.

What about the mainland US?

The Airbus A321neo is great for medium-haul services. Seating 189 passengers with room for 16 in recliner-style domestic first class, 44 in extra-legroom economy, and 129 in standard economy, the aircraft is not as dense as some of the A321neos flying domestically in the US, nor is it configured for a highly-premium configuration, where Hawaiian would run the risk of not offering enough capacity for the leisure customers who are doing nearly all of the flying now.

The most revealing comment an airline can make about their appreciation for an aircraft is how much they utilize it– especially in times of crisis. Mr. Ingram specifically noted the following:

“Most of the planning that we’ve done about how the network ramp backs up has us flying the 321s, more fully of historic utilization before the other aircraft in our fleet.”

This means that the 19 Boeing 717s and 24 Airbus A330s are not being used, or planned to be used, as often as the 18 Airbus A321neos. And, given how Hawaiian is looking to ramp up capacity heading into the summer, the Airbus A321neo will be key on lucrative California to Hawaii routes.