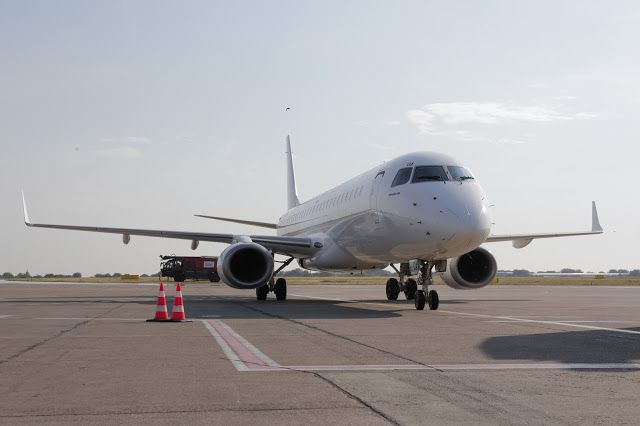 Air Montenegro has been operating commercial flights for just over twenty days with the new Montenegrin national carrier reporting strong bookings and passenger numbers. “It is a fact that many thought Air Montenegro would never get off the ground. There were concerned individuals who thought it was all a utopia that would take years. Three and a half months later we have an airline that is operating flights. It is our national carrier with a brand and fleet that will continue to grow in the coming period”, the member of the company’s Board of Director, Goran Djurović, said. Services from Belgrade to Podgorica and Tivat are currently performing best with an almost 100% load factor on all flights. “Planes are operating at almost full capacity. There is a huge interest for travel to Montenegro”, Mr Djurović added.
Air Montenegro recently introduced flights from Tivat to Ljubljana and Banja Luka, with services from Podgorica to Frankfurt, as well as from Tivat to Istanbul, to follow later on this month. The airline is also maintaining charters between Podgorica and Zurich, which are being performed on behalf of a Swiss tour operator specializing in diaspora travel. The flights have been chartered until the end of the year, with the airline being paid for a full load of passengers, regardless of the actual final load factor. Air Montenegro is also considering additional destinations. In September it will replace its seasonal Tivat – Ljubljana route with flights from Podgorica to the Slovenian capital. The new service from Ljubljana to the Montenegrin coast is performing well. Tomorrow’s flight is sold out, as well as on numerous other dates throughout July.
The new national carrier has also faced some hick-ups along the way. Part of the Montenegrin press has been hostile towards the new carrier, reporting the airline has been left without operational engines for its aircraft, that it is purchasing catering for its flights from Air Serbia and flying empty to Zurich at the cost of taxpayers. Most of these claims have proven unfounded. The carrier confirmed it does cater its aircraft with food and beverages from Serbia since it was offered a lower price by the catering company in Belgrade than the one in Montenegro. “The new Montenegrin government did not shut down Montenegro Airlines. The carrier shut itself down. The public should know that Montenegro Airlines was dead for years. Records now show the airline had amassed a debt of 169 million euros with just 34 million euros in capital. Over my career, I have seen companies have their capital and debt at the same level, or debt double the amount of capital, but I have never seen a subject with five times the debt of its capital”, Mr Djurović concluded.

Between March 28 and October 30, the International Air Transport Association’s (IATA) summer season, there are over 151, …

The Pandemic Winner: The Rise Of The Airbus A220

Since its launch, the A220 has been popular – a new aircraft bridging the gap between smaller regional aircraft and larg …