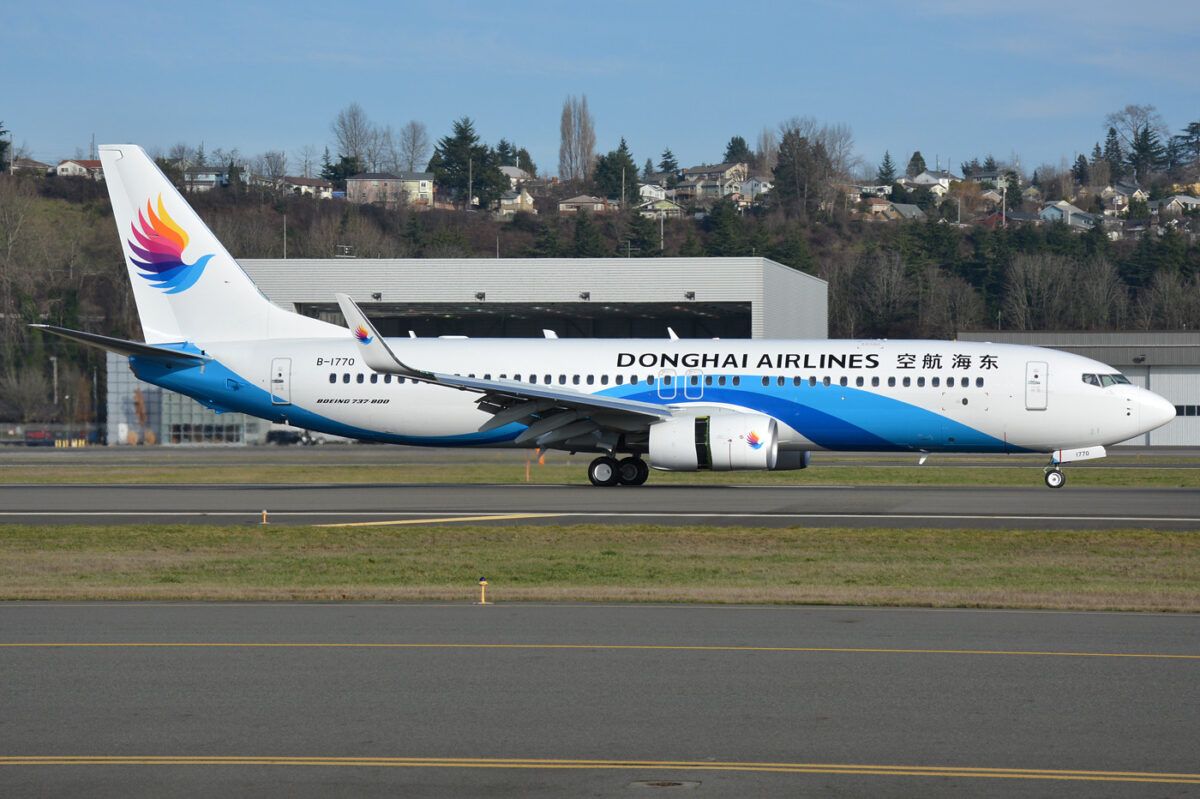 The Civil Aviation Administration of China (CAAC) has enacted strict punishment on Donghai Airlines after details emerged regarding a fistfight between two members of crew on a domestic service last month. The regulator will not allow the airline to apply for new routes, or to add flights or capacity to its existing routes, for an unspecified period.

No new routes, capacity or flights for Donghai Airlines

Following the emergence of details on social media regarding a fist fight between two members of Donghai Airlines staff, the civil aviation regulator of China has enacted harsh punishment on the airline and the crew members. The Civil Aviation Administration of China (CAAC) has said it has zero tolerance for potential safety hazards to flights, and therefore the punishment is necessary.

According to Wu Shijie, deputy director of the Office of Aviation Safety at CAAC, the airline has been suspended from launching any new routes. It will also be prevented from adding new flights and capacity to its existing routes. Wu did not specify for how long the restrictions will remain in place.

According to Wu Shijie, the pilot and flight attendant have also had the harshest of punishments enacted. The pilot has had his flying license revoked, and the flight attendant has been barred from flying following the brawl. Other members of the crew are also said to be receiving flying bans due to their involvement in the scuffle.

Previously, Donghai Airlines had suspended both parties from flying. Now, it looks like they will struggle to work in the industry again. In a statement, the airline said that three vice presidents had lost their positions, and that pay would be docked by between 10,000 and 20,000 yuan ($1,539 – $3,077).

It was March 6th when the news began to be shared on social media of a mid-air brawl between two members of crew. However, the flight had taken place some time ago, on February 20th, with flight DZ6297 flying from Nantong to Xi’an.

According to details shared on Chinese social platform Weibo, the flight was only around 50 minutes away from landing when a pilot decided to make use of the first class restroom. A passenger in the premium cabin knocked on the door to request access, but was advised by the pilot to return to his seat and wait.

When the pilot emerged from the bathroom and saw that the passenger had not returned to his seat, and was instead hovering outside the door, he became enraged. He shouted at the flight attendant looking after the first class cabin, saying that he wasn’t doing his job and that he had endangered the safety of the flight.

The dispute got ugly, leading to physical violence and both men walking away with bodily injuries. Reportedly, the flight attendant had a broken arm, while the pilot lost a tooth. Passengers onboard lay the blame for the argument with the pilot, but the airline has not commented on this.