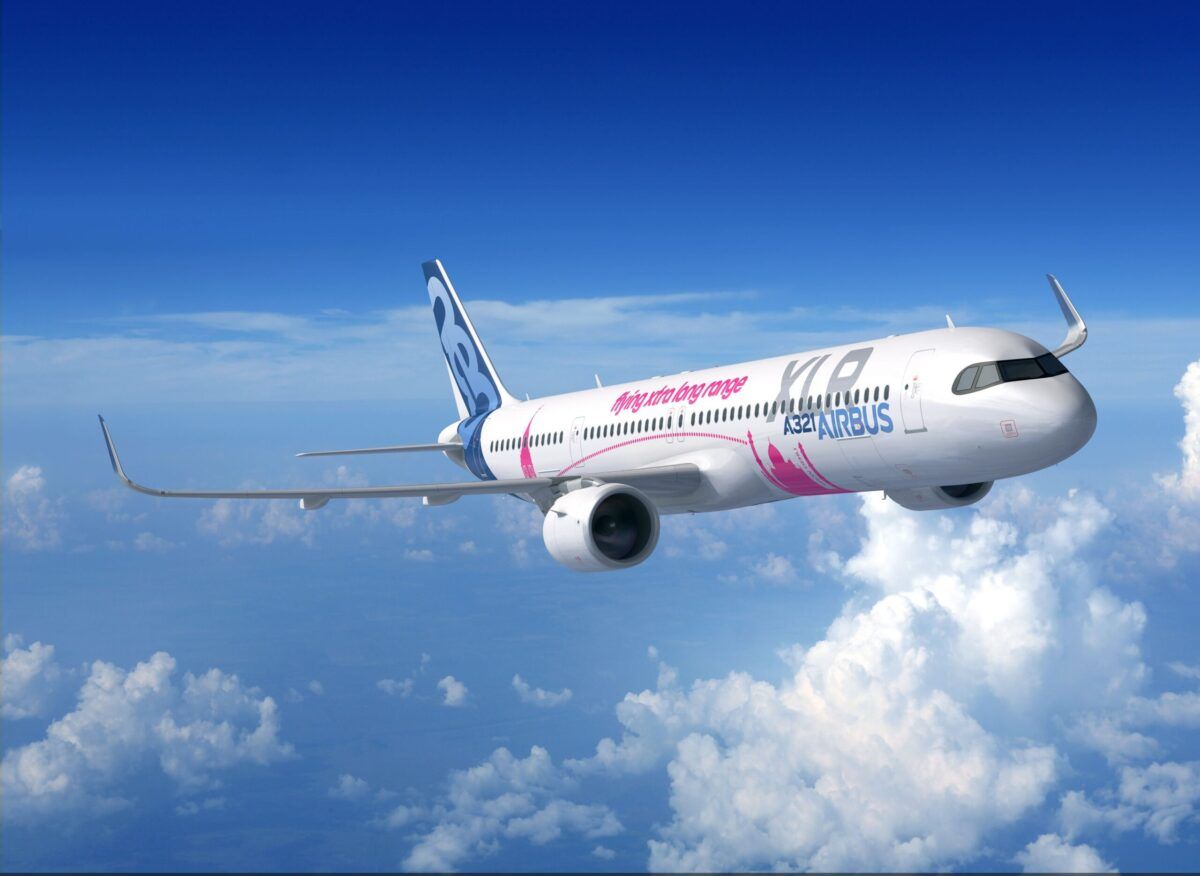 US airlines cannot wait for the Airbus A321XLR to enter their fleets. At least two years away, airlines are dropping hints and considering new ways the long-haul narrowbody jet will be able to unlock new routes in a post-crisis world. The closest thing to a true Boeing 757 replacement, for now, the A321XLR will make a splash and permanently change the way Americans travel.

Four US airlines have officially placed orders for the Airbus A321XLR:

All in all, these four carriers have over 130 Airbus A321XLRs on order. Each one has made some hints as to what they plan to do with the aircraft. The first of these jets are not expected to be delivered until 2023.

When United ordered the A321XLR, it highlighted the possibility for expansion out of its hubs in Newark and Washington D.C. The first A321XLR is due at United in 2024, with international service expected in 2025.

When JetBlue announced its order for the A321XLR, it highlighted the possibility of using the aircraft to expand further into Europe from Boston and New York. These planes are scheduled for delivery from 2023.

Frontier Airlines ordered 18 Airbus A321XLRs. The airline plans to use these jets to grow in new and existing markets while also furthering its fuel-efficiency goals. The first A321XLR is expected at Frontier in 2024.

American Airlines ordered 50 A321XLRs, with the first due in 2023. In a “Tell Me Why” podcast, AA’s President Robert Isom explained the A321XLR allows American to look at opportunities in the transcontinental market, close-in Europe, and close-in South America as a possibility.

The Boeing 757-200 is one of the backbones of low demand long-haul routes, such as from Chicago to Edinburgh. American, which has retired all of its Boeing 757s, and United Airlines, which has maintained most of its Boeing 757 fleet, both put lie-flat seats on the 757s and used them on international routes.

The Airbus A321XLR will do the same kinds of missions. It can easily cross the Atlantic, easily stretch into South America, and unlock opportunities that airlines could not make work with larger widebodies. But, compared to the Boeing 757, it can do it more efficiently with lower fuel burn and better operating economics, which opens up even more routes for carriers.

But, because it was built for long-haul missions, its payload is configured to hold a fair number of passengers, say 170ish, and be able to do a long-haul hop that spans nine or ten hours in length.

United, American, and JetBlue all stated the A321XLR would primarily be pointed across the Atlantic and with some exposure down into Latin America. One carrier was not quite ready to go there.

These planes will fly domestic missions

There is almost no chance that any of these carriers do not use the planes for domestic missions when they have downtime in between international long-haul cycles. There are some good reasons to cycle the planes in and out of service on domestic routes.

First and foremost, expect these planes to have the next generation of premium products. JetBlue has already indicated it is here to play and is planning a game-changing new Mint Suite product. These Mint Suites are all but guaranteed to shake up the transatlantic market.

If JetBlue is an indicator of what is to come, then expect United and American to try and put some stellar new product onboard that turns narrowbody business class travel from cramped and not-so-private lie-flats to a new generation of private real estate that airlines can get a premium for.

When these aircraft do fly domestic missions, carriers will put them on routes where they can get a premium. Think hub-to-hub routes and key business markets, such as transcontinental operations. So, not only could this plane be doing a New York to Budapest or Prague route, but it could also end up then flying from New York to Seattle or San Francisco.

Frontier will use it domestically, but it still matters

Frontier Airlines’ CEO, Barry Biffle, has already stated he does not wish to put the A321XLRs on transatlantic flights. Instead, it would rather put them on flights to Hawaii and transcontinental missions.

Unlike United or JetBlue, or American, Frontier Airlines wants to fit as many passengers as it can safely onboard the aircraft, compromising the aircraft’s range slightly. The XLR, according to Mr. Biffle, would be able to get into the transcontinental market with its model.

More low-cost competition means more opportunities for people to travel. If Frontier does break into the Hawaii market with the 321XLRs, then legacy carriers will have another thorn in their side while they all compete for leisure passengers heading to the islands.

One Airbus-friendly carrier that has not ordered the A321XLR is Delta Air Lines, and the calculation here should not be missed. Delta has a Boeing 757 problem. The planes are getting old, they are getting more expensive to maintain, and they burn more fuel than the A321XLR, which its competitors will certainly use in some markets Delta serves with the 757.

The problem is that Delta does not have a replacement for the Boeing 757s. It is waiting for Boeing’s NMA to come out. Delta hopes the NMA family could cover both its 757s and 767s, which would be a huge deal.

The issue is, Boeing has not released many details about the NMA, nor has it indicated when the plane would enter service. Assuming Boeing launched the aircraft now, it could be possible that, with some production lines ending, Boeing could get ready to get the NMA into service by maybe 2025.

Delta could decide in 2022 or even 2023 to select the A321XLR if it is not pleased with the NMA offerings or if Boeing’s timeline does not work for the carrier. The airline will certainly get some preferential treatment from Airbus, and it is sitting on 100 options for A321neos that could come in handy if the carrier can switch them to the A321XLRs, as American Airlines did.

The A321XLR will change the way Americans travel

Ultimately, the A321XLR expands on what the Boeing 757 started. Narrowbody longer-haul travel is the next forefront in aviation. Passengers have shown they are willing to pay a premium for fewer stops, and the A321XLR has so much promise out of the East Coast heading to Europe or down to South America.

Expect United and American to roll out some excellent products for these planes, and expect JetBlue’s aircraft to be hotly desired for long-haul premium travel out of New York and Boston.

With more passengers suddenly being able to head to Europe with fewer stops, and with Frontier’s ability to serve new longer routes in the US, more people will be able to travel and travel with fewer stops, fewer inconveniences, and a better passenger experience. Simply put, the A321XLR is gearing up to revolutionize American travel.