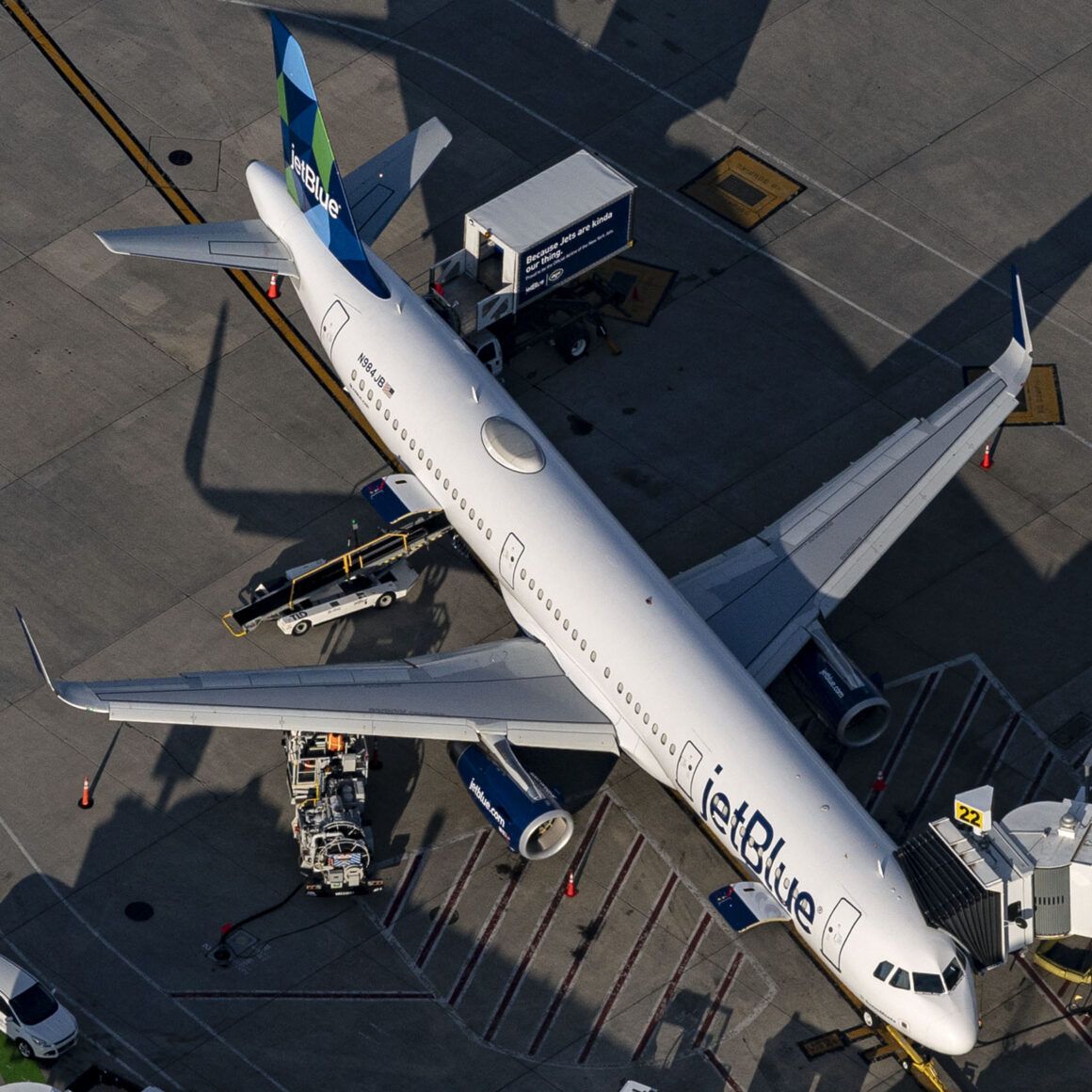 New York’s LaGuardia Airport (LGA) faces restrictions on operations thanks to a perimeter rule that has kept most long-range flying at two other New York-area airports. Despite increasing its LaGuardia flying due to its partnership with American Airlines, JetBlue does not want to see the perimeter rule lifted at the airport without significant changes.

Every so often, the perimeter rule debate at LaGuardia comes into view as some carriers strive to improve their New York position by introducing more long-range flying out of LGA. JetBlue, historically, has objected to a relaxation of the LaGuardia perimeter rule.

After having a minimalized presence at the airport compared to its operations in New York’s John F. Kennedy International Airport (JFK), the carrier is now growing to 50 daily flights per day by the summer of 2022, compared to a peak of around 16 before the crisis hit.

That increase in flights comes as the carrier unrolls a new partnership with American Airlines, giving the carrier access to more slots at LGA. Despite that, however, JetBlue is against lifting the perimeter rule.

JetBlue remains in opposition to lifting the perimeter rule

On the carrier’s first-quarter earnings call, CEO Robin Hayes stated the airline’s position was still against a relaxation of the perimeter rule:

“Whilst our alliance with American has allowed us to make some positive changes in our LaGuardia footprint, it’s still a very, very fraction of our largest competitor there. The New York airports work as an ecosystem and we are talking about making some significant investments through our partners at JFK. And as such that if the perimeter rule was to ever be modified or changed, it’s our view that would need to come with a significant slot divestiture, to make sure that that the new ecosystem continues to work together.”

Aside from LGA and JFK, the third major New York-area airport is Newark Liberty International Airport (EWR). This is a major United hub, and JetBlue has been building up operations there recently.

JFK and EWR receive the transcontinental and long-haul international flights to and from the New York area. LaGuardia’s perimeter rule, requiring flights six days a week to run to destinations within 1,500 miles from LGA. There is an exception for Denver and on Saturdays when airlines can fly to destinations outside of the perimeter.

JetBlue, which operates a wide breadth of transcontinental flights and has plans for international flights, out of New York-JFK could be swamped in terms of the market if Delta serves longer-range flying out of the airport.

JetBlue has tried to brand itself as New York’s hometown airline. Operating flights to the West Coast from LaGuardia would be almost necessary for JetBlue to retain its loyalty and competitive position in New York.

Ultimately, there seems to be no immediate interest in lifting the perimeter rule at LaGuardia. Spirit Airlines will bring a transcontinental flight to Los Angeles out of LaGuardia from June, but that flight will only run once per week on Saturdays. This is a small amount of added low-cost capacity in the market.

JetBlue currently supports maintaining the perimeter rule at LaGuardia, unless there were to be some major slot divestitures along with relaxing the regulation. For now, there is not a major public push to eliminate the perimeter rule, but one could very well come in the future.