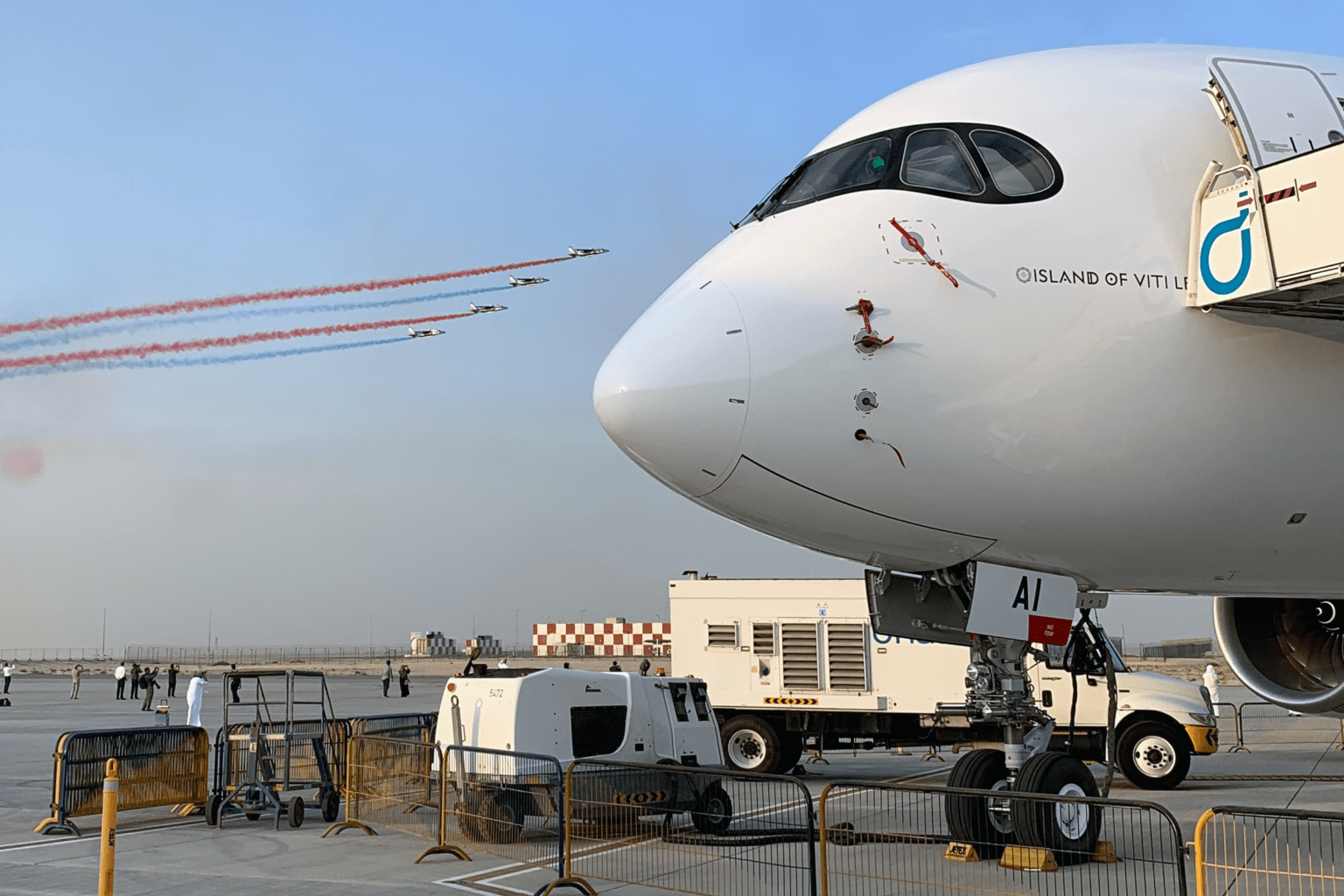 The 17th biannual Dubai Airshow is set to take place this year from November 14th to 18th. Following the cancelation of Farnborough last year and Paris this year, the event will be one of the first significant airshows since travel ground to a halt in early 2020.

The Dubai Airshow typically takes place once every other year, with the last edition held in November 2019. The show draws exhibitors, attendees, and the media in one place. Billed as “the most significant in-person aviation event to take place this year,” the airshow typically sees airlines and manufacturers announcing new aircraft orders. It’s also a chance for companies to show off their wares and connect with other relevant businesses.

In 2019 over $54.5 billion worth of aircraft orders were placed. This included a deal that Emirates signed for 50 A350s worth $16 billion and a $14 billion deal for 120 aircraft placed by Air Arabia. The last show had representatives from 148 countries, including 1,200 exhibitors, 84,043 trade visitors, and 1,420 members of the media, including Simple Flying!

Of course, the big attraction for any aviation enthusiast at the airshow is the aircraft on display. As yet, it hasn’t been confirmed which aircraft will be at this year’s show, but we will almost certainly see an Emirates Airbus A380. Last year one of these aircraft was joined by everything from a Jambojet Dash-8 and an Egyptair A220, all the way to a couple of Boeing 787s in special liveries and a Fiji Airways Airbus A350.

While the list of aircraft attending is yet to be confirmed, a preliminary list of exhibitors is already available. All the giants you would expect a the airshow, such as Airbus, Boeing, Etihad, and Emirates, will be at the show, along with thousands of others.

New for this year

Following the hiatus seen by the airshow industry, it seems that the Dubai Airshow is coming back with a bang. The show has several interesting new features planned for its 17th installment. Firstly, there will be a whole new mini-show dedicated to startups called VISTA.

The show also has some ‘showstopping’ additions this year. “Fishtanks” will be available to host talks and discussions. Those interested will be able to listen to the contents of the discussions from outside using headphones. A series of boardrooms will also be suspended from the ceiling above the main exhibition space allowing “meetings in the sky”.

Special soundproofed and airconditioned pods will be available for “luxury networking” with excellent views of flying displays. Anybody who has been in a meeting when a fighter jet roars past knows how important the soundproofing will be.

If you’re looking to unwind, you could head to the arena where the latest in robotics, drones, and tech will be demoed, alongside music and entertainment throughout the day. Finally, to showcase the latest in robotics and automation, the show will have a digital cafe where robots will take your order and make your drink.

Health and safety is top

While vaccination rates are climbing around the world, one thing that remains on everybody’s mind is, understandably, COVID-19. With this in mind, the airshow may seem slightly different from what you would usually expect. While this could all change before the event, the current guidelines state that registration must be in advance, with guest printing their own badges before arrival. No onsite registration will be possible.

Facemasks will be mandatory during the show with fines for those who do not comply, while a distance of two meters should be observed between people. Regular cleaning and disinfection will be implemented, with direct contact discouraged.