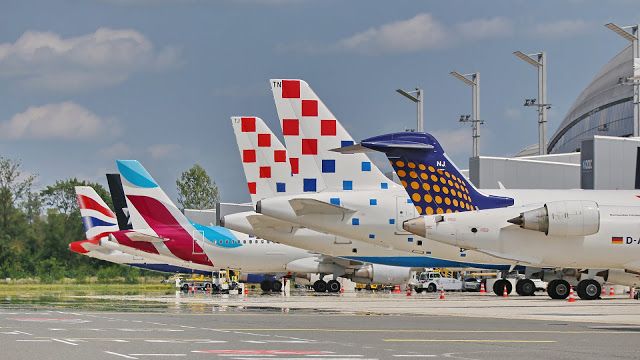 Following months of stagnation and declining passenger figures, Zagreb Airport is seeing its traffic pick up this month with a number of airlines increasing frequencies and capacity. “In the summer months, growth is expected to accelerate, culminating with the opening of Ryanair’s base and the launch of most of its planned new routes from Zagreb for 2021”, the airport said. Croatia Airlines has gradually increased its frequencies and now maintains operations from its hub to fourteen international and five domestic destinations, counting over 150 weekly departures. However, the airport is betting its comeback mainly on Ryanair, which will station its first aircraft in the Croatian capital at the end of next month, followed by a second in early September. Overall, the airline will maintain operations from Zagreb to fifteen destinations with 42 weekly departures.
Other carriers to have introduced flights to Zagreb this summer include Nordwind Airlines from Moscow and TAP Air Portugal from Lisbon, while Eurowings will commence a new service from Dusseldorf in late August, followed by the introduction of Prague in November and Berlin next March. Notably, KLM has doubled its frequencies and capacity to Zagreb compared to the pre-pandemic era and now runs double-daily services. Iberia and Vueling have restored seasonal operations to Zagreb, while British Airways has also returned to the Croatian capital with four weekly rotations, increasing to five during the second half of this month and daily from August. The airport is also awaiting the resumption of flights to Dubai, with Flydubai to maintain the service starting September.
Commenting on the developments, the airport said, “Given the summer announcements, Zagreb Airport has reason to hope for a more significant recovery. The increase in traffic on existing services, the arrival of new airlines and the opening of new routes from Zagreb will act as a strong incentive for both tourist and business travel by both foreign and local passengers who now have a respectable choice of destinations at their disposal this year”. During the peak of summer, Zagreb Airport will handle between ninety and 100 air traffic movements and boast a network of six domestic and 42 international destinations.