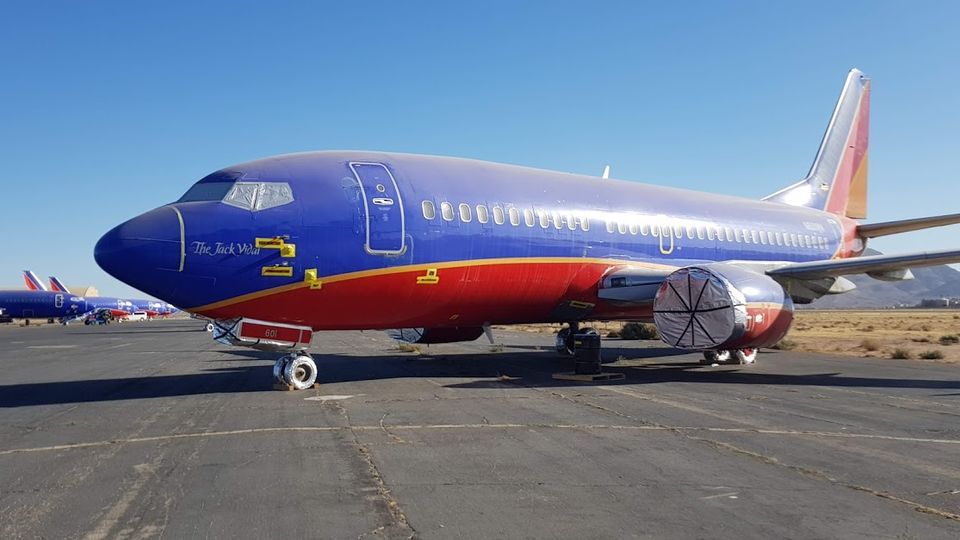 If you’ve got a spare half a million lying around and have some sky-high ambitions, there’s an investment just waiting for you. A vintage Boeing 737-300, formerly operated by Southwest Airlines, is being offered for sale for less than the price of a new Ferrari. Here’s what you need to know.

Not many airlines still fly the 737-300. Having rolled out the first of the type in January 1984, the model entered service in November that year, with USAir taking the first. The second went to Southwest Airlines.

Over the years, it proved itself to be a capable and popular member of the Classic Boeing 737 lineup. In the first year alone, Boeing received 252 orders for the type, and by the time it ended production in 1999, the planemaker had delivered 1,113 units. Southwest, over the course of 15 years, took delivery of 195 of the type.

Today, barely any are left in service, with the few that are generally converted to cargo aircraft. There are a handful of passenger -300s still flying in Asia, Africa and South America. Thanks to the gravel landing kits available for the type, they remain popular with rural Canadian airlines like Air North.

Southwest hasn’t flown the -300 since around 2017, but there are still a fair few around in its colors. One in particular has caught our eye, as it’s being offered for sale for a bargain price of just $550,000.

Cheaper than a new Ferrari

N630WN arrived with Southwest Airlines in June 1996, new off the production line at Renton. Following more than two decades of useful service, it was stored at Victorville in August 2017, where it has stayed in the sun ever since.

However, in March 2019, a company called Aerothrust Holdings took ownership of the aircraft. Now, it seems it is ready to sell. A post to a Facebook group advertised N630WN for immediate sale, for a bargain price of $550,000.

While that’s not pocket change for anyone, put into context, it sounds like a whole lotta metal for your money. A new Ferrari SF90 Stradale costs only slightly less; for the Spider spec, you’ll pay a bit more. And they can’t even fly.

But there’s a catch

The catch here is that while your Ferrari won’t fly, neither will this Boeing 737. As the listing points out,

Unfortunately, that makes it not so much of a bargain. At list price, a CFM 56 will set you back in the region of $10 million, and you’ll need two of them to get airborne again. Of course, there are likely plenty of second-hand or refurbished models around, but we’re still talking several million dollars if you want this bird to fly again.

But planes aren’t just for flying. We’ve seen all sorts of interesting solutions for end-of-life aircraft, from keyrings made from skins to fuselages repurposed as restaurants.