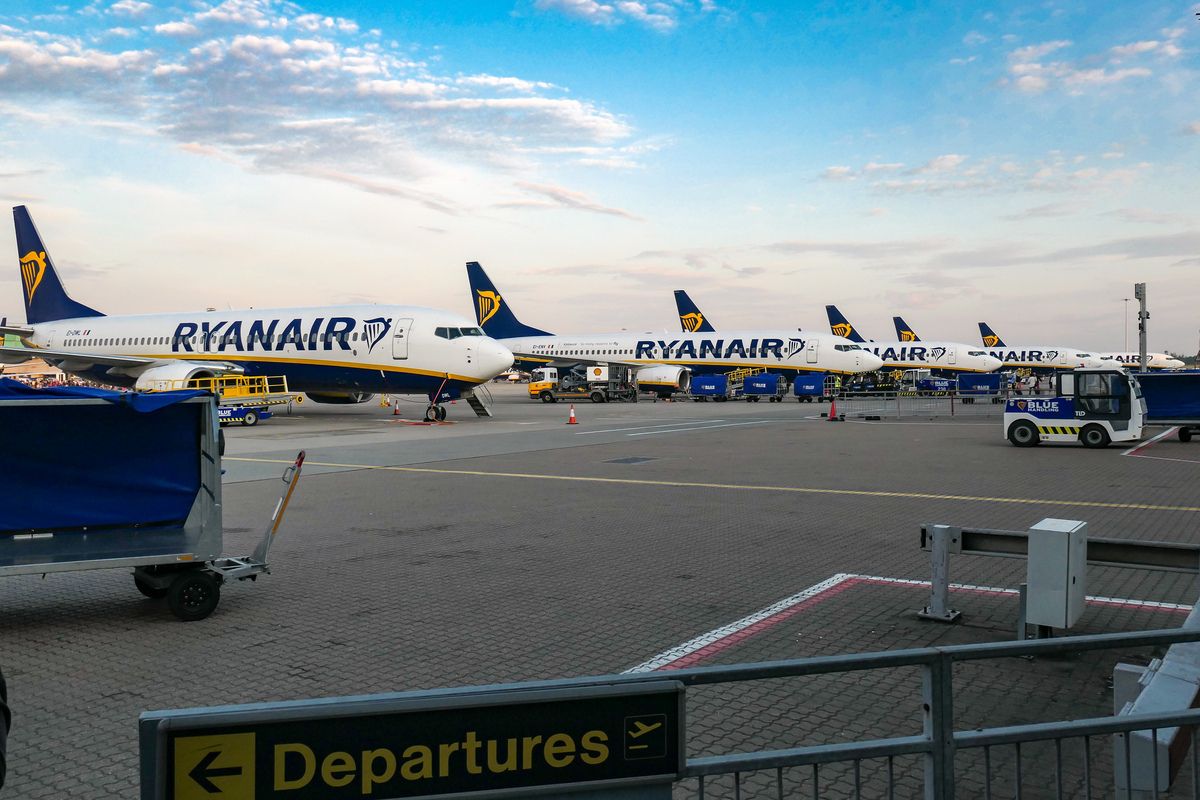 Ryanair expects 1,809 routes this summer across 221 airports and 37 countries. Its top-10 route list will see big changes, with Italy now more important than ever. Italy, Spain, and the UK are Ryanair’s largest countries, with more than three-quarters of all flights touching them.

Ryanair expects to operate 1,809 routes this summer, with flights up by 112% over summer 2020 (S20) but down by 29% over pre-coronavirus S19. At least it’s going in the right direction. But the picture is continually moving and is highly likely to change further. Still, having examined the status of almost 500 routes, all are currently bookable at the specified weekly frequencies.

Ryanair anticipates serving 221 airports this summer, data from OAG shows, down very marginally from 225 in S19.

In order of capacity, its top-10 airports will be:

Vienna is new in Ryanair’s top-10 list and appears due to the airline stepping in and replacing Lauda. It’ll have 74 routes from the Austrian capital, with Palma overwhelmingly top, followed by Milan Malpensa, Stansted, Tel Aviv, and Charleroi. These five alone will have nearly one-quarter (23%) of Ryanair’s flights from Vienna.

The end of Lauda explains why Ryanair itself will be using A320s – alongside its lifeblood B737-800s – this summer. It currently has 90 A320 routes scheduled, with most (68) understandably from Vienna. Excluding Vienna, Palma is down for 15 – including to Liverpool – and Zadar eight.

All of Ryanair’s top airports have seen cuts

All of Ryanair’s top-10 airports have seen a reduction in capacity for this summer. Stansted’s flights, for example, are down by 38%, while Dublin is down by 40%. Palma, meanwhile, was to be a bright star, again thanks to the transfer from Lauda. Ryanair had previously planned a 10% rise in capacity versus S19, but this is now down by one-quarter.

Still, the Majorca airport has risen from fifth place to fourth, and Ryanair’s network from Palma has grown from 58 routes to 70. Cologne, Barcelona, Vienna, Madrid, and Berlin are its thickest routes, while – at the other extreme – Knock and Valladolid will be just once-weekly. The Irish operator will be Palma’s leading airline by summer flights, followed by Eurowings, Vueling, easyJet, and Air Europa.

Ryanair’s top-10 routes have changed markedly, with seven in ten now involving Italy – up from just three in S19. However, its top-two, involving the core Ireland-UK, remain the same. Italy has been a key country for multiple carriers since coronavirus began, especially Wizz Air with four bases since the pandemic began.

Italy, Spain, and the UK are Ryanair’s top-three countries this summer. Between them, they have over three-quarters (77%) of its flights.

Switzerland will now be Ryanair’s least-served country of 37, with just one route bookable: Basel to Dublin. Next is Turkey, which requires bilateral agreements and so makes expansion significantly more challenging. This requirement is why it has only two routes, Bodrum and Dalaman, served from Dublin. Still, in time, Ryanair may launch Turkey from the UK with its Ryanair UK air operator’s certificate (AOC).