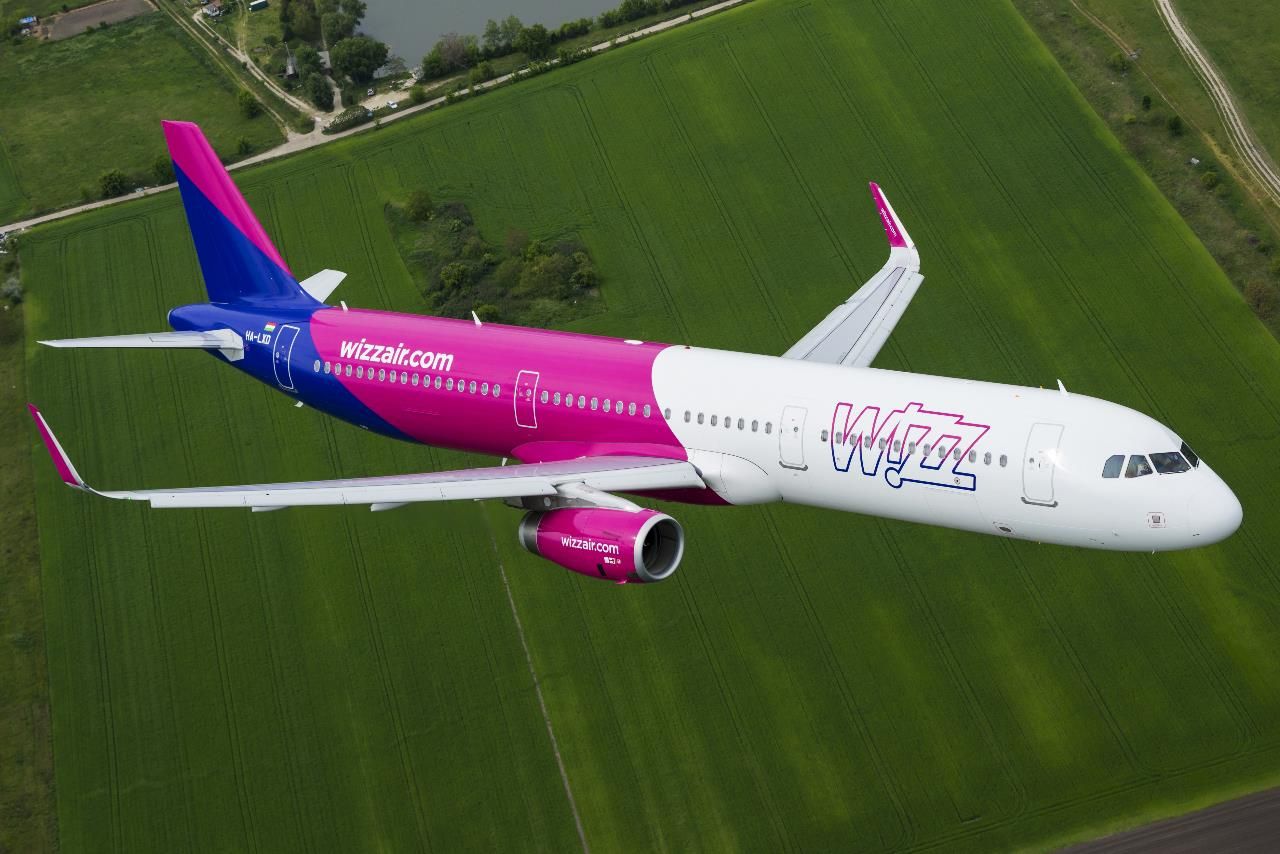 Ahead of opening its first base in Wales, Hungarian low-cost carrier Wizz Air’s UK-registered subsidiary plans to make a big entrance by flying the jets low over Cardiff, Newport, and Swansea to let the public know that Wizz Air has arrived. Wizz Air will fly four Airbus narrowbody airliners low over the Welsh countryside on Saturday before bringing them into land one after another at Cardiff Airport (CWL).

During the low flyover, which will take place Saturday between 13:00 and 14:00, Wizz Air is encouraging the public to get out and take photos of the planes and then post the pictures on social media with the hashtag #WIZZinWales. Wizz Air says that the person who takes the best photo will receive two roundtrip tickets to any one of the nine destinations Wizz Air is flying to from Cardiff.

The creation of Wizz Air’s new base, which is scheduled to open on May 17, will be the airline’s fourth base in the United Kingdom, working alongside Luton, Gatwick, and Doncaster-Sheffield airports. The new Cardiff facility will boost the local tourist industry and economy, providing 40 direct jobs and as many as 250 indirect jobs.

Wizz Air plans to offer nine routes from Cardiff using one of its new fuel-efficient Airbus A321neo aircraft configured to carry 230 passengers in a single-class layout. As Wizz Air and other UK-based airlines look towards a summer recovery in passenger numbers now that two-fifths of all UK adults have been vaccinated, Wizz Air is focused on leisure destinations.

While expecting that COVID-19 weary Brits would love nothing more than being able to escape the wet Welsh weather, Wizz Air will be flying to the following summer holiday hotspots from Cardiff.

Special summer-only routes from Cardiff will include:

During the winter, Wizz Air will focus on winter sun flights from Cardiff to destinations like the Red Sea resort of Sharm El Sheikh and Lanzarote in Spain’s Canary Islands.

“This is an extremely exciting time for Wizz Air as we increase our footprint in the UK even further. The creation of our fourth UK base at Cardiff Airport reflects Wizz Air’s continued commitment to serving the UK market and generating economic growth, as we create local jobs, stimulate the tourism and hospitality industries, and deliver on our promise of providing affordable, direct flights to exciting holiday destinations. Today’s expansion into Wales brings increased connectivity to the region, so passengers can take advantage of Wizz Air’s ultra-low fares to travel to their favorite sunny holiday spots on-board our young and green aircraft fleet. With the launch of 47 new routes from the UK this year alone, we’re making sure that passengers can make up for lost time in creating amazing travel memories.”

Wizz Air has an all-Airbus fleet

Wizz Air is one of Europes fastest growing airlines with according to Aviation enthusiast website Planespotters.net an all-Airbus fleet comprising the following planes:

While many other airlines have been busy battening down the hatches and asking for government aid, Wizz Air has been plowing ahead with its rapid expansion.