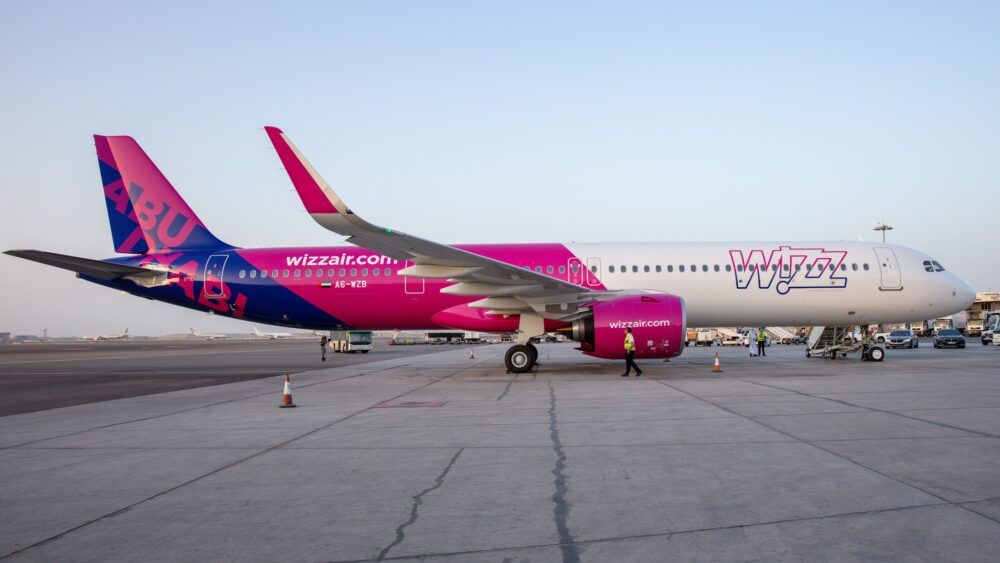 Wizz Air Abu Dhabi has revealed plans to add a third route to its network. Launching tomorrow with two routes to Greece, the airline will next begin flying to Tel Aviv, Israel, from mid-February onwards. With this addition, the new airline is joining the growing list of carriers making the most of the newly forged peace deal in the Middle East.

Wizz the latest airline to add UAE to Israel service

Wizz Air Abu Dhabi has become the latest airline to take advantage of the easing of tensions in the Middle East. Newly launched, the carrier has already revealed its first two destinations – Athens and Thessaloniki. But its third destination has come as a bit of a surprise, as the carrier will launch services to Tel Aviv in Israel from mid-February.

Speaking to Gulf News, Kees Van Schaick, Managing Director of Wizz Air Abu Dhabi, confirmed the newest destination to be added to the airline’s schedule is already on sale. He said,

“Tel Aviv [tickets] are open and by mid-February we’ll be opening to Tel Aviv as an immediate third destination.”

Since the historic peace deal was forged in August last year, numerous airlines have begun operating services between Israel and the UAE. Etihad was the first to fly passengers from the UAE to Israel, an event that was closely followed by a bilateral air services agreement that permitted 28 weekly flights between the nations.

Since then, flydubai, and Gulf Air have operated the route, as well as Israeli airlines Arkia and El Al. Israel has operated in Bahrain and is making plans for flights to Dubai. Emirates is expected to begin flying to Tel Aviv next month. Wizz Air CEO Jozsef Varadi commented that the aviation community enthusiastically welcomes the political change. He said,

“I think it is a hugely exciting development from a political perspective – essentially opening up the market from the UAE to Israel. Wizz Air is the largest international carrier in Israel – we have a long history of operating in that market.”

The airline is reported to be selling flights to Israel for under 100 Dirhams (less than $30). While these prices aren’t as enticing as the crazy $0.27 launch offer, it’s still a very attractive fare and should provide some stiff competition on the route.

Wizz Air Abu Dhabi is set to take its first flight tomorrow. The new airline’s maiden flight will be from Abu Dhabi to Athens, and a number of the seats were sold on the crazy 27 cent promotional offer. Van Schaick commented that the entire flight had been fully booked in both directions, saying,

In general, willingness to travel has never been brought into question. For most passengers, the need to get away has never been stronger, but the uncertainty of border restrictions, travel requirements and personal safety is hammering demand. Nevertheless, a fully sold flight for Wizz Air Abi Dhabi’s launch is a very encouraging start.