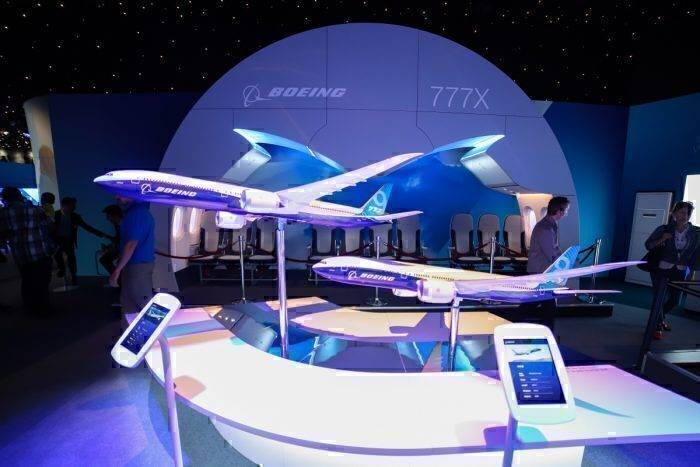 The new member of the popular Boeing 777 family, the 777X, has taken to the skies and is expected to be delivered to launch customer Emirates in 2021. Boeing so far has not released any formal plans for a freighter version of the 777X, despite interest from customers. This article looks at the possibility of a future launch of a 777X freighter.

The Boeing 777 has been the best selling widebody aircraft to date. Introduced in 1994, this was the first aircraft to feature full fly-by-wire operation. With other advances though, and with new competition from the A350, the time came for an upgrade. The 777X was launched in 2013 as the newest member of the 777 family.

The first 777X test flights began in early 2020, and the 777-9 will enter service in 2021 with Emirates. Boeing so far has 309 orders (as at the end of January 2020) from nine airlines (including Emirates, Etihad, Qatar Airways, British Airways, Cathay Pacific, ANA. Lufthansa, and Singapore Airlines).

Space for a new freighter

There is certainly space in the market. In reporting in the cargo industry publication Cargo Forwarder, Boeing claims that an additional 1,040 wide-body freighters will be needed in the coming 20 years.

Qatar Airways offers to be the launch customer

“By 2025, our initial freighters will be getting about 10 years old, so we will need to replace them. Hopefully, Boeing will launch a 777X-based freighter.”

To date, Boeing has pretty much dominated the freighter market with the 777 and the 747. Airbus offers competition with the A330-200 freighter, but this has been much less widely used, with only 41 orders (as reported in Wikipedia data).

According to Cargo Forwarder, Airbus has indicated it is looking at the possibility of a freighter version of the A350XWB, and Cathay Pacific at least has expressed interest as its fleet of 747 freighters ages.

So, with neither manufacturer having confirmed plans, there is an opportunity for the first to develop a ‘new generation’ freighter. Boeing though, with its strong lead in the current freighter market, likely has the advantage if it moves to develop the 777-8.