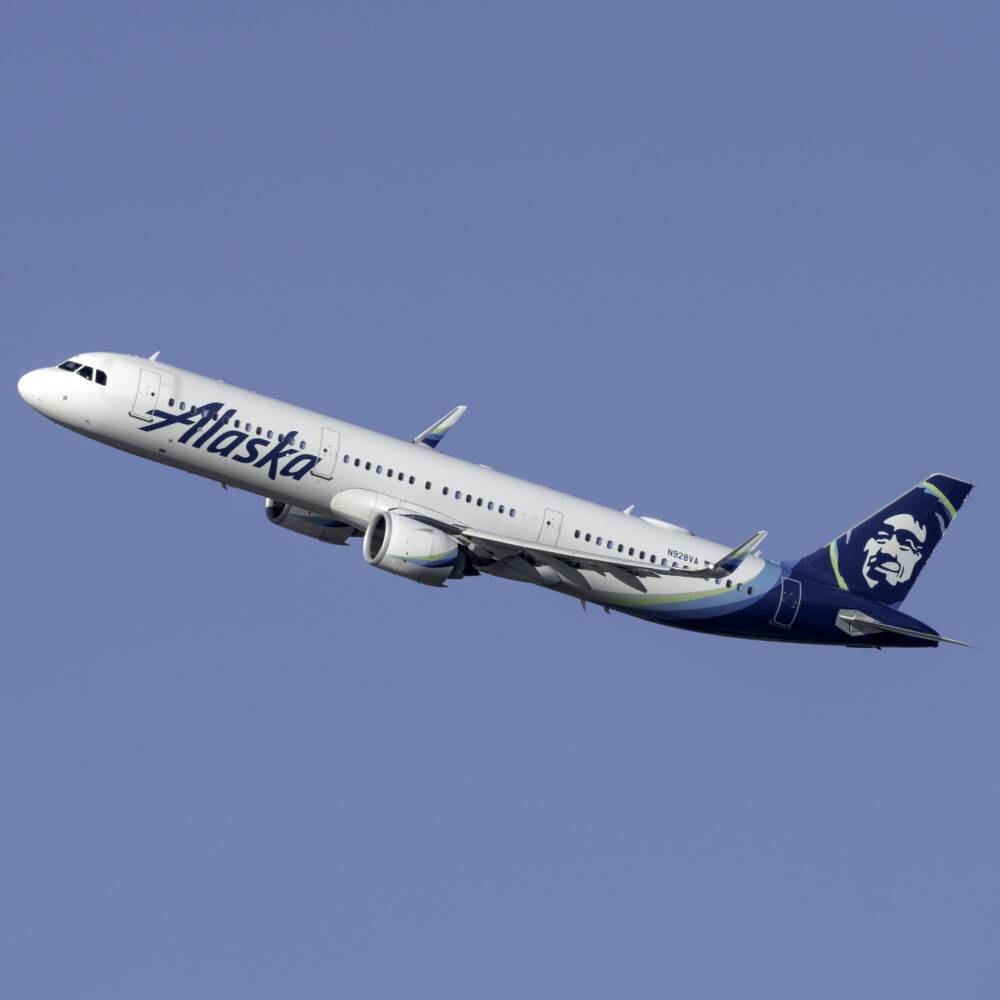 Alaska Airlines has an interesting order for 30 Airbus A320neo aircraft on the books. While the carrier does not seem ready to take the A320neo right now, it may be in the airline’s interest to take a look at the A321XLR.

Why Alaska Airlines could order the A321XLR

Alaska Airlines is sitting on a cancelable order for 30 Airbus A320neos. While Alaska Airlines has not canceled the order, it has not shown an interest in firming up any parts of that order, nor is it very interested in continuing to fly the A320ceo or A320neo, as Alaska has recently sped up Airbus A320ceo retirements.

However, it does have ten Airbus A321neo planes in its fleet that the carrier is not looking to get rid of right now. Speaking to Cranky Flier, incoming Alaska Airlines CEO, Ben Minicucci, stated that its ten Airbus A321neos do something very interesting for the airline.

Maui (OGG) is an airport with high travel demand but has difficulty serving a lot of larger aircraft. This is where the A321neo can do, as Boeing’s MAX planes cannot easily service the airport with the capacity that the A321neo provides.

At Washington National (DCA), the heavy slot restrictions require Alaska to fly a bigger aircraft to an airport with a short runway. This is another airport where the A321neo works well for the carrier.

So, with Alaska Airlines planning on continuing to fly the A321neo, the A321XLR order is super interesting. Leeham News has speculated on the A321XLR working well for Alaska.

Where could the A321XLR fly?

The Airbus A321XLR is a fantastic aircraft for a lot of long-range but lower-demand routes. Think of the routes that the Boeing 757 currently serves. This would open up a lot of opportunities for Alaska Airlines.

The Airbus A321XLR has a range of 4,700 nautical miles. Out of Seattle, here is what Alaska Airlines can serve with an A321XLR:

While the imagination instantly calls up routes to Japan, South Korea, Western Europe, and northern South America, these are less likely, given how, once you factor in the winds, operational constraints, and cushion for fuel, the range is a little lower.

Alaska Airlines can easily hit points in Mexico and transcontinental US routes out of Seattle with the 737 MAX, but further points in the Caribbean and Central America are out of range of those aircraft. So, the A321XLR would help fill that gap.

Alaska Airlines could fly the A321XLR out of other hubs, such as Los Angeles or Anchorage. That, however, is a little less likely. While Anchorage wants to be a passenger hub, given the plethora of nonstops between the US and Asia, there would be little appetite for an Anchorage stopover.

Will the American partnership drag down the A321XLR’s opportunities?

Thus far, Alaska Airlines has preferred to leverage its partnerships rather than operate its own nonstop long-haul routes. The airline has a fleet composed entirely of narrowbody aircraft. Given how American Airlines already has a presence on the routes, it would be easier and safer for Alaska to boost flights to American hubs with optimized connections heading onwards to Latin America.

Will Alaska order the A321XLR?

The A321XLR will not be available until 2023 at the soonest, so Alaska Airlines has some time. As one of the hottest aircraft on the market that is gearing up to be perfect for a post-crisis market, the A321XLR is an attractive option for Alaska Airlines if it wants to go out and stake its own claim in Latin America.

However, there are more factors at play here. Say, for example, Alaska Airlines decides to use the A321XLR for a route from Seattle to San Juan in Puerto Rico. This route spans over 3,200 nautical miles and is a little longer than a flight from New York to Paris, which clocks in at around seven hours.

On a seven-hour route from Seattle, Alaska Airlines would need to put lie-flat seats in its business class cabin to be even remotely competitive. While some airlines have done long-haul flights with recliner-style seating (think US carriers flying longer routes to Alaska), there would be little competitive advantage to get people to connect in Seattle and fly Alaska’s A321XLR than any other carrier in the lucrative business segment. In addition, passengers could easily do a transcontinental flight to the East Coast and connect on another option, with some transcontinental flights featuring lie-flat seating.

It is a conundrum for sure, and it makes sense why Alaska, according to Leeham News, wants the Airbus A321neos for “millions below Airbus’ offer,” since there is a lot of risk for Alaska to take a plane like the A321neo, The A321XLR would need to be at a price where Alaska can still make money if its long-haul aspirations (if it even has any) do not pay off for the airline.

What about the new CEO?

Alaska Airlines is getting a new CEO soon, and new CEOs will sometimes change the tone a company takes when it comes to flying and running its operations.

Ben Minicucci has been working at Alaska Airlines for years, having started his roles in 2004. He is currently the president of the airline and will soon become CEO. One of his most notable legacies at Alaska is successfully overseeing the merger and integration of the Alaska and Virgin America operations.

If he has any inklings to take Alaska into the long-haul market that hit airlines hard when the crisis hit, he has not shown it. And, given his experience at Alaska, it is likely that Mr. Minicucci would prefer to stay closer to Alaska’s roots as a short- and medium-haul airline.

Still, this 30-aircraft order that Alaska has at Airbus has potential. Whether or not Alaska chooses to act on it, however, remains to be seen.