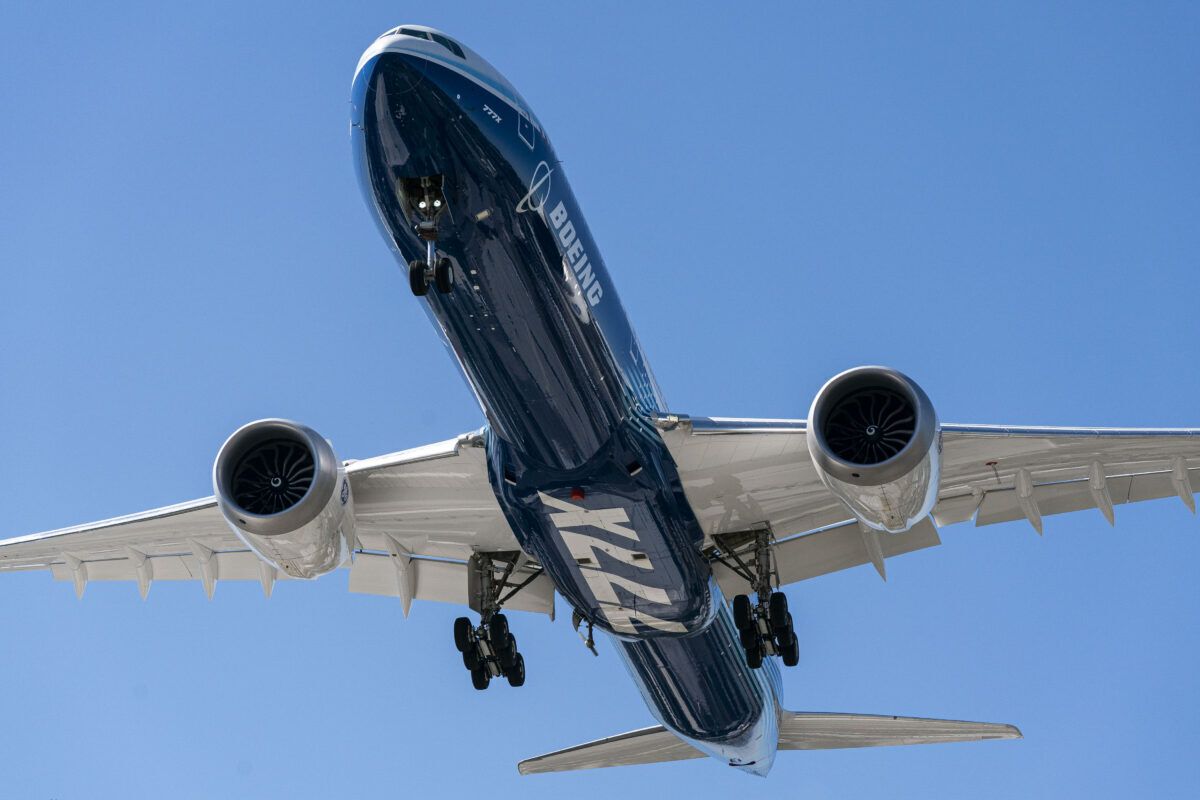 Contemporary Boeing aircraft are instantly recognizable by the serrated ‘teeth’ on their engine covers. Aircraft from the 737 MAX family, the Dreamliner line and the newest 747-8 all have these chevrons on their nacelles. But Boeing’s newest plane, the 777X, does not have any at all. Let’s find out why.

What are the teeth for anyway?

The serrations seen around the nacelles of some new Boeing jets, known as chevrons, serve a particular purpose in the operation of the engines. Specifically, the technology was developed by General Electric in partnership with Boeing and NASA to reduce the noise from the jet engines themselves during regular operations.

First trialed on Boeing’s second Quiet Technology Demonstrator (QTD) back in 2005 – a 777-300ER which was fitted out with chevrons for the first time. Charlotte Whitfield, NASA’s Quiet Aircraft Technology manager of airframe system noise reduction, commented after their tests that,

“Using microphone arrays and other measurement devices we were able to determine that the new engine nozzle chevron designs that take into account the air flow and acoustic differences that occur when the engine is installed on the aircraft can significantly reduce community noise.”

The chevrons, along with a new fan, achieved as much as a 2-decibel noise reduction for the community on the ground. For passengers onboard, the low-frequency rumble was reduced by as much as four to six decibels. GE patented the technology back in 1997, but this was the first time it had been proven to be significant for aviation.

As such, we’ve seen the chevron nacelles rolled out on a couple of key Boeing aircraft, namely the 787 Dreamliner, GE-powered 747-8 and the 737 MAX. Indeed, early images of the 777X included serrated engine features, but when the prototype first emerged from Boeing’s factory, the chevrons had disappeared.

The basic reason that the chevron will not be used on the 777X is that it is no longer needed. While the serration provides forced mixing of the fan stream with the ambient stream, thereby reducing noise, it comes at a cost in terms of drag. The chevrons also add weight to the plane, so Boeing and GE worked to find a solution that no longer required this technology.

Back in 2014, Terry Beezhold, 777X chief project engineer and vice president at Boeing, explained that the chevrons were no longer required. As specified in an Aviation Week article, Beezhold said,

“We are replacing the chevrons with a new nozzle design technology. It provides equivalent levels of noise for the cabin and community, but is lighter in weight and has lower drag.”

While the specifics of the solution have not been widely shared by GE, the use of composites almost certainly has a part to play. The new oxide-oxide ceramic matrix composite used in the GE9X means it can withstand higher temperatures than engines of the past. This eliminates the need for elaborate cooling mechanisms, and beings back the traditional mixer seen on jets of the past.

As such, the GE9X does not require the chevrons to comply with local noise pollution rules, and therefore the 777X will not have them. Perhaps, in time, we will see similar composite technology added to other products in the Boeing line, and chevrons will disappear entirely.

Having said that, to call it obsolete is somewhat unfair, as it is still a proven technology that has broken ground in terms of noise reduction. As such, should noise regulations become tighter in the future, the chevron could well make a comeback once more. But, for the 777X, the engines will stay smooth and physically very similar to those of the aircraft’s predecessors.