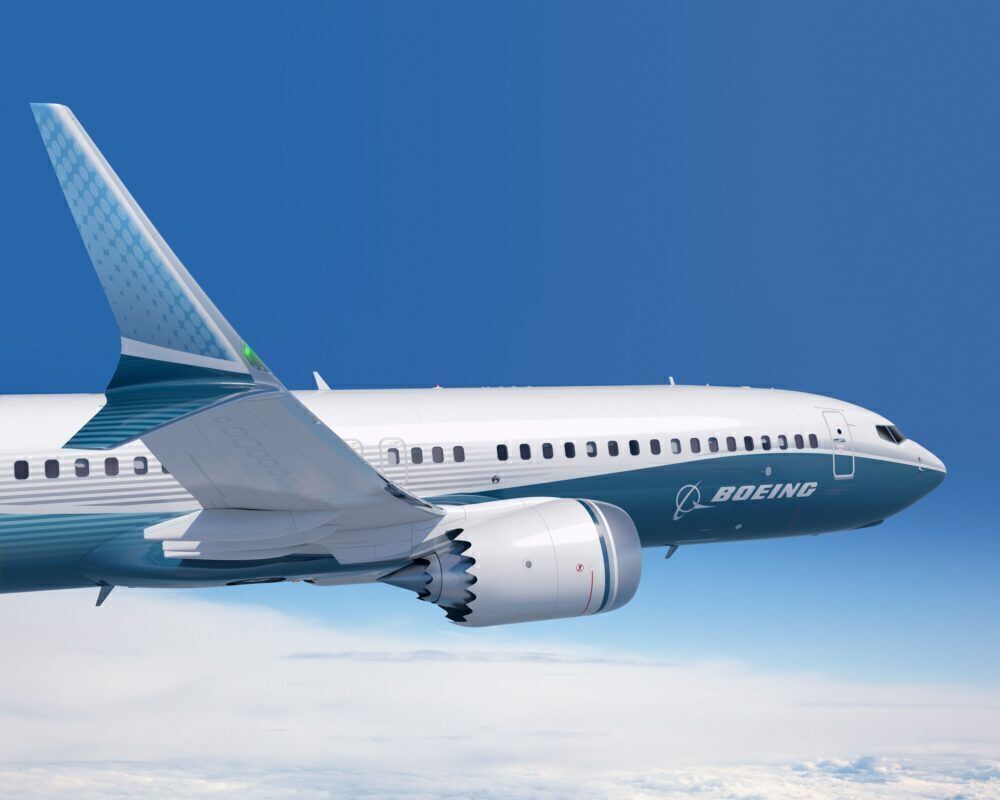 The 737 MAX is fitted with Boeing’s trademark split winglets, also called split-scimitar winglets. Dubbed the 737 MAX AT Winglet, they are a unique design incorporating features from blended, split-scimitar and raked winglets. Boeing proudly claims its design ‘delivers the greatest contribution to improved fuel efficiency of any winglet.

How the split winglets work

Winglets are added to the end of a plane’s wings to reduce drag and ultimately enable more efficient flight. They work by reducing a process known as vortex drag, caused by different air pressures converging at the tips of each wing and slowing the aircraft down. While engineers had known of their utility for decades, winglets weren’t commonplace in aviation until the turn of the century.

Boeing claims its MAX split-tip winglets are a more efficient design than any other winglet on the market. The winglets are said to offer up to a 2.2% reduction in fuel usage, potentially saving carriers hundreds of millions of dollars each year. The MAX AT Winglet incorporates an upper wingtip with a ventral strake (the lower part), giving the MAX its unique split-tip look. As Boeing explains,

“In addition to the inward, upward and slightly forward lift components of the upper aerofoil, the new lower aerofoil generates a vertical lift component that is vectored away from the fuselage, and also slightly forward. Working together, these provide the perfectly balanced winglet that maximizes the overall efficiency of the wing.”

An upgrade on existing winglet designs

Boeing’s official name for its MAX winglets is 737 MAX Advanced Technology (AT) Winglets. The 737 MAX AT Winglet was designed as an improvement on the 737NG (New Generation) split-scimitar winglet. The 737NG was initially fitted with blended winglets, which didn’t come with a ventral strake before newer models were fitted with split-scimitars.

Carriers realized the split design offered significant improvements in efficiency, and many airlines today are retrofitting their 737 fleets with split-scimitar winglets. As well as its unique structure, the MAX winglet design uses advanced materials and coatings to optimize airflow. According to Boeing, the winglets are manufactured with,

“…detailed design, surface materials and coatings that enable laminar – or smoother – airflow over the winglet. This further reduces drag and increases fuel efficiency.”

Although 737 MAX AT Winglets look almost identical to split-scimitar winglets on other Boeing planes, they aren’t quite the same. Some have argued that the difference is merely about branding, although Boeing claims the design is an upgrade on the split-scimitar and offers even better efficiency.