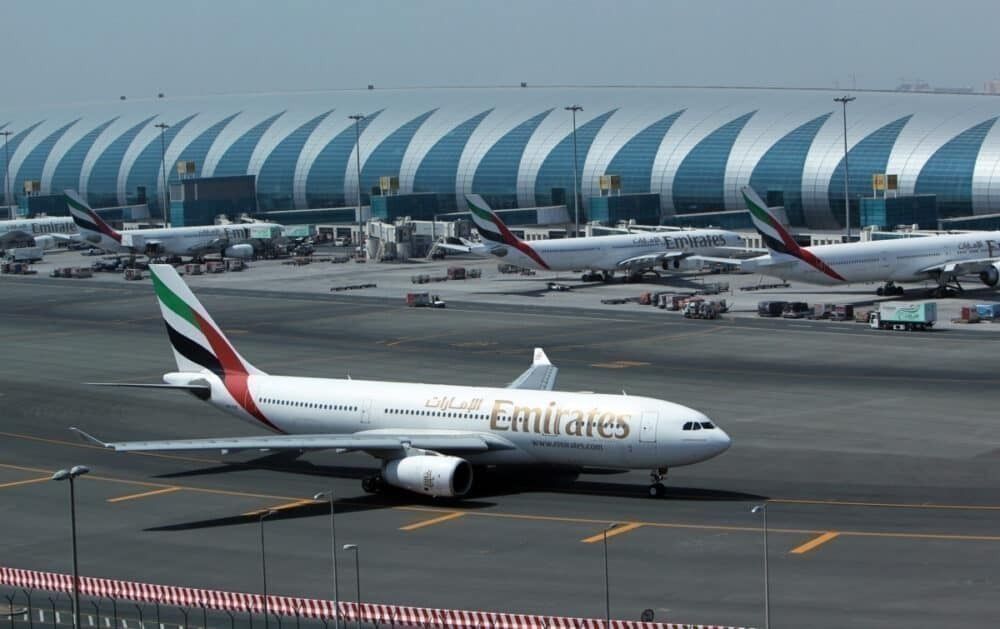 The A380 is a great aircraft but unfortunately has not worked out as planned for many airlines. What about Emirates? It is by far the largest operator and has chosen a strategy of only operating two aircraft types. How has this worked for it, and what will happen going forwards?

Buying big with the A380

Emirates has been by far the largest operator of the A380. Of the 251 aircraft sold, Emirates has ordered 123. The second-largest customer, Singapore Airlines, has purchased 24 aircraft (and has already started retirement of the first ones).

The main reason that this strategy works for Emirates is its operating model. It truly is a hub-based operator, carrying passengers on medium and long-haul flights with connections at its hub in Dubai. Passengers flying in from London, for example, could then be connecting to any destination in Asia, Australia, or Africa. Filling large aircraft is much easier when operating this way, as compared to a point to point model.

Emirates senior vice president for operations Hubert Frach, explained how this has worked for the airline. In an interview with Business Insider, he said:

“It works great for our network structure’s long-haul to long-haul connections. It allows us to offer efficient connections between developing economies with well-established economies.”

Benefits of a large fleet

Another factor that has helped make it work is the size of the fleet. Operating fewer aircraft types brings operational cost savings. Maintenance and crew organization are much more straightforward with fewer aircraft types, for example. This is a strategy followed by several of the low-cost airlines, but not something that many larger ”legacy” airlines have been able to do. Southwest Airlines, for example, does this with the Boeing 737 and easyJet with the A320 family.

Some airlines have struggled with the cost of operating just a small fleet of A380s. CEO Tim Clark discussed this in comparison with Air France, in an interview with Airline Ratings:

“The A380 was a misfit for Air France. They never scaled; they only have ten aircraft. Yes, we faced the same teething problems, but we dealt with them because we were scaled enough to deal with it. If you’ve got a sub fleet of 10 it’s a bloody nightmare, and the costs go through the roof… But if you got a hundred of them, it’s a bit different. Your unit costs in operating with that number are a lot lower than having just ten.”

Even in retirement, this large fleet has found another way to be useful. Emirates has begun retiring some of its original aircraft, but these have been used for parts for the rest of the fleet, a cost-effective strategy. Tim Clark explained this in reporting by  FlightGlobal :

“We are in the process of [starting A380 retirements]. Two have been deactivated. They are under retirement because we’ve got a major overhaul coming up, and it’s best to take the old aircraft out – they’re all written down – and take the gear off them rather than buy a $25 million main landing gear. I need two, possibly three, to meet that [overhaul] requirement.”

One of the motivations for developing the A380 was its ability to carry more passengers using just one slot at busy airports. Emirates has made this work well, operating the A380 to a number of busy airports with high occupancy. At peak, for example, it has operated eight flights a day to London Heathrow, clearly maximizing seats available at a heavily slot-constrained airport.

Many airlines operating point to point strategies have found the large aircraft more of a limitation. While the A380 is efficient at a limited capacity airport, there are many airports where it cannot operate. It’s size and required gate infrastructure limit use in many locations. Emirates gets around this by having a large fleet of 777-300 aircraft as well.

The slowdown in aviation seen in 2020 has a significant effect on airline fleets. The largest aircraft have been some of the biggest losers. The Boeing 747, for example, has seen early retirement from many airlines. And Air France has retired its A380 fleet, with Lufthansa looking likely to do the same.

Emirates grounded its fleet for part of 2020 but has since re-started services. It plans to keep the A380 active for at least the next decade, as Simple Flying reported in July. Emirates has invested heavily in the aircraft and facilities, so this is hardly surprising.

Removing them from service would be very costly, and in fact, it doesn’t really need to. Emirates’ operating model of high capacity flights through a central hub is still the same. There may just be fewer flights if demand is lower. CEO Tim Clark may have commented recently that the A380 is now over, but it won’t leave its fleet anytime soon.

It will be some time before the fleet changes significantly, and we will have to wait to see how Emirates changes its routes then. 777X aircraft are expected to enter the fleet in 2022 (this has already been delayed from 2020). And the A350-900 should start being delivered in 2024.