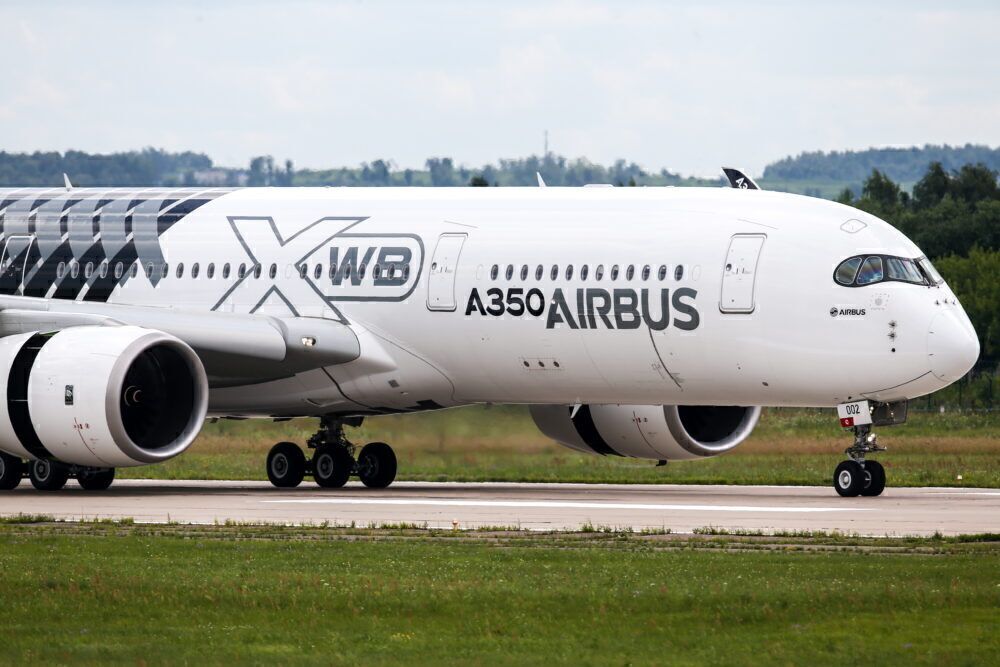 One of the most distinctive aspects of the new Airbus aircraft is the black ‘mask’ or visor around the windshield. Starting from the A350, new models like the A330neo and A321LR and beyond will all feature this. Here’s why Airbus aircraft have this unique design.

According to Ruby, a Virgin Atlantic blog, the curved windshield design on these aircraft increases the overall aerodynamic efficiency of the planes. The A350 was the first aircraft to feature a curved cockpit glass, which allows the airflow to hug the surface of the glass with less turbulence, and thereby reduce drag.

Additionally, the windows’ concave design along the nose of the aircraft gives pilots a better view of ground operations when at the airport. But what about the black masking around the windshield?

The black masking on this new windshield serves a purpose too. According to Airbus,

“The emblematic “Ray-Ban” like black windshield eases the window’s maintenance and contributes to harmonising the thermal condition of this temperature-sensitive window area.”

Put simply, this means the black color adjusts better to the temperatures surrounding the aircraft. Planes routinely go through rapid temperature changes, taking off from hot airports in the cold atmosphere, and all parts must adjust to this change.

The curved windshield and black Ray-Ban masking has continued from the A350 and found itself on all subsequent Airbus aircraft. The A330neo received the new design in 2017, clearly differentiating it from the older A330s. The first narrowbody aircraft to sport the new look was A321LR in 2018, cementing the new design as integral to the entire lineup.

We also know that the upcoming A321XLR will also feature the black masking from renders of the aircraft. The decision means that nearly all Airbus planes made in the next decade with feature this striking design.

Modern aircraft all look fairly similar, only varying by the size of their fuselage (although here’s a guide to always know what plane you’re looking at). However, manufacturers always try to add something unique to their planes. Usually, it’s the wings and wingtips of the specific planes, but Airbus and Boeing both have other features too.

New Boeing planes are instantly recognizable by the serrated engine covers on the 787 and 737 MAXs. Combined with the specific wing designs, spotting Boeing and Airbus planes has become quite easy now. However, it is sad to see the serrated covers won’t be returning on the 777X, putting their future in doubt.