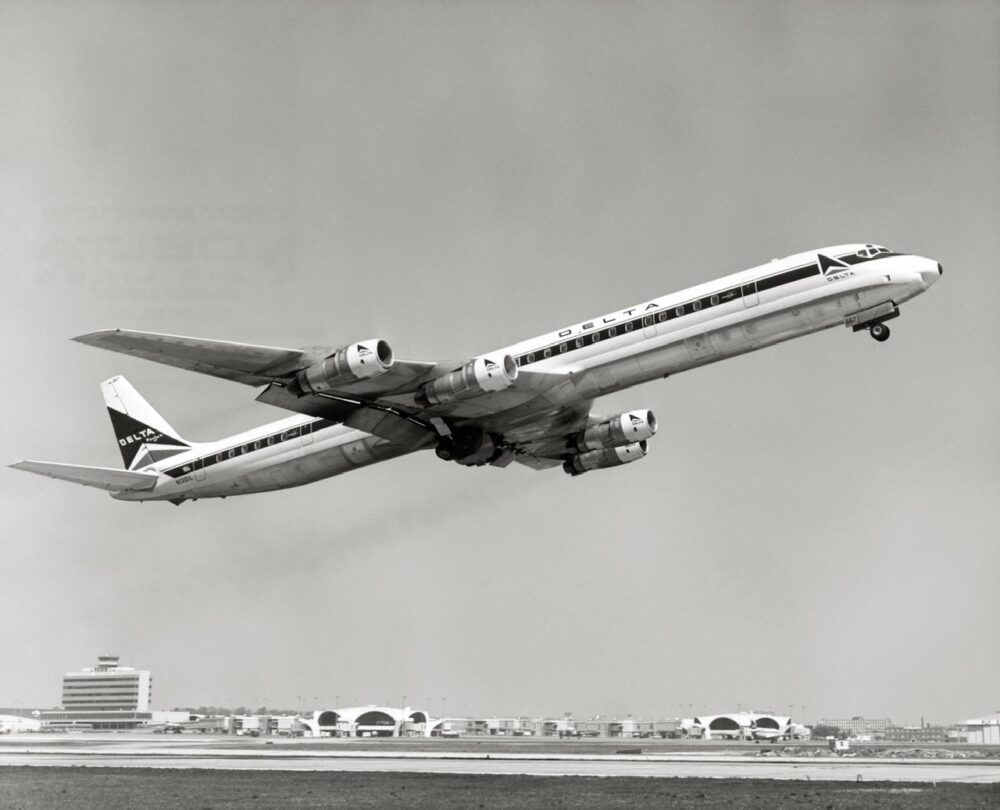 Northeast Airlines was a stronghold in the United States aviation industry for several decades. However, the legacy carrier had a twist of fate in 1972 after it joined the fold of Delta Air Lines. Let’s take a look at why the two veterans merged.

A pioneer in the industry

Originally founded as Boston-Maine Airways in July 1931, Northeast was a pioneer when it came to flights from its base of Boston to other airports across New England. It also had a strong presence in Canada from early on. The airline would also grow to expand its network across the country and internationally through the decades.

Flights to Florida began in the middle of the 1950s, serving Miami and Fort Lauderdale from Boston, via Philadelphia, Baltimore, Washington, D.C., Tampa, and Jacksonville. This move had set the operator up well for the following decade.

The 1960s were matched with the rise of the jet age for Northwest. There were plenty of ups and downs during this period for the carrier. On the plus side, it was one of the first airlines in the US to operate a Boeing 707 jet service. These flights were initially between New York and Miami just before the decade got going. Moreover, the company was the first operator across the globe to fly the Boeing 727-200. This was achieved on December 14th, 1967.

Overall, Northeast reformed its image in the middle of the decade as its aircraft became known as Yellowbirds. The reasoning behind this was based on the appearance of the planes’ new yellow-and-white liveries. These units would become a popular site in the airline’s key markets.

Some notable setbacks include the fact that in 1962, the Civil Aeronautics Board (CAB) decided to end Northeast’s temporary certificate to fly to Miami. As a result, the airline went through years of legal appeals and received a remarkable amount of local support from the New England community. So, it was finally granted a permanent certificate for operations to Florida in 1967.

A considerable route expansion followed, with additions to the Bahamas in 1968 and to Bermuda in 1969. There was even a transcontinental route between Miami and Los Angeles launched on October 1st, 1969.

So, despite the pushbacks, there was eventual progress with its routes towards the end of the 1960s. However, there were ongoing financial difficulties amid changes in ownership during the decade.

“On May 8, 1962, the Hughes Tool Company, led by famous billionaire Howard Hughes, acquired controlling interest in Northeast Airlines from the Atlas Corporation, which had owned the company since 1938. After the CAB denied renewal of Northeast’s Florida route, Hughes announced that he would no longer cover further operating losses,” the Delta Flight Museum shares.

“His 55% of the stock was temporarily acquired by trustee L.J. Hector in 1964, then by the Storer Broadcasting Company in 1965.”

A solution was needed

Subsequently, the firm went on the lookout for a partner to merge with to help solve its issues. In April 1971, The New York Times reported that after seeking a potential partner for some time, Northeast finally announced that it had agreed in principle to be taken over for Delta stock worth approximately $25 million. Ultimately, some technicalities of the deal had to be worked out before it was made official.

“The proposal is subject to the approval of many groups, including the Civil Aeronautics Board, the directors and share holders of both airlines and the directors and stockholders of the Storer Broadcasting Company, owner of 86.1 per cent of Northeast. Under the terms of the tentative agreement, Storer would discharge loans to Northeast of about $28‐million, in return for seven‐year warrants to buy 500,000 Delta shares at $48 each,” The New York Times shared.

“The agreement calls for an exchange of 668,515 Delta shares for 6,685, 155 shares of Northeast. Storer said it would make a tender offer for the 928,000 minority shares of Northeast, at $6 a share, good for 30 days following the date of an approval by the C.A.B. of the proposed merger. Shares of Northeast closed yesterday on the American Stock Exchange at $6.62.”

Eventually, Delta and Northeast fully came together on August 1st, 1972. This was just over a year after the original announcements of the merger came about. The transaction allowed Delta to become the fifth-largest carrier in the United States at the time. The airline had routes that spanned 33,300 miles. Additionally, it then flew to new international destinations such as Canada, the Bahamas, and Bermuda. It also began frequent services from the US Northeast to Florida.

Altogether, Delta has a great track record of recognizing opportunities when it comes to mergers. Other notable deals such as this include the merger with Western Airlines in 1987 and another one with Northwest Airlines in 2008. These moves have undoubtedly been effective in helping the legacy carrier become a powerhouse in the US aviation industry. It will soon be a century since the airline first started operations, and these mergers have played their part in the company’s goal to be a mainstay and leader in the market.