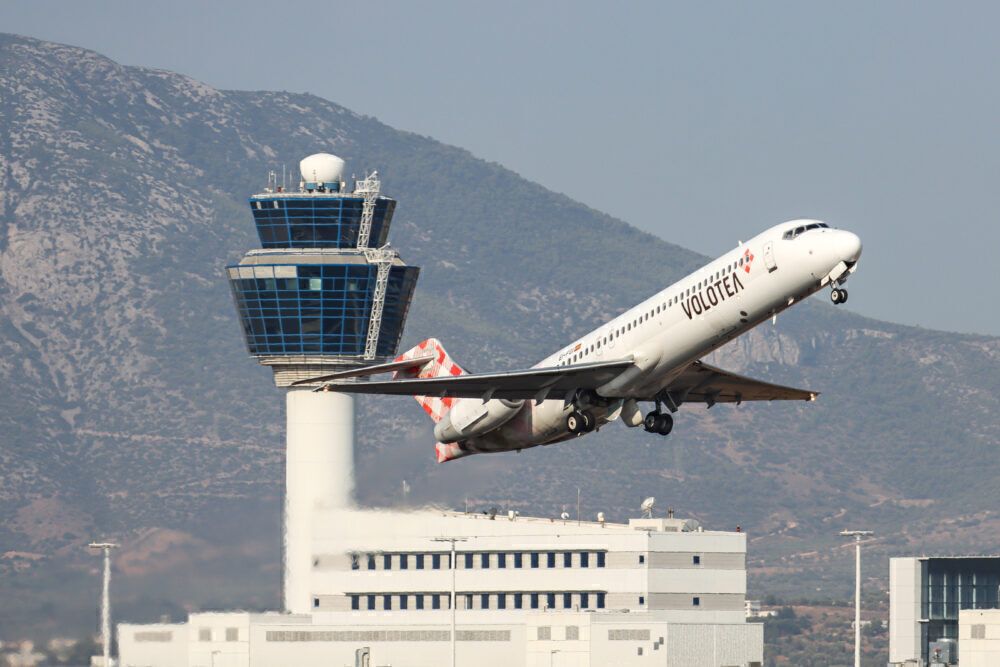 The Boeing 717 is a rarity among the American manufacturer’s diverse portfolio of commercial aircraft. It stands out from the company’s other designs due to its engines. These are situated at the rear of the aircraft, rather than below the wings as is commonplace. But what made Boeing build the type?

A project inherited from McDonnell Douglas

The Boeing 717 began life as the proposed McDonnell Douglas MD-95. This five-abreast design was to be a new derivative of the company’s existing DC-9 family. McDonnell Douglas already had experience producing rear-engined jetliners in the form of its MD-80 and MD-90 families. However, before the MD-95 could enter production, Boeing acquired the company.

Many expected that this would lead to the cancellation of the project. This was particularly the case as McDonnell Douglas had trouble obtaining orders for it. However, Boeing pushed on with the project that it had inherited from McDonnell Douglas. It renamed it the 717, which handily filled the gap in its existing portfolio between the 707 and 727 series. The type eventually entered service with AirTran in 1999.

Operators quickly found it to be superior to competitors such as the BAe 146 in several key areas. These aspects included its speed, dispatch reliability, and maintenance costs. The 717 was ultimately well suited to regional routes, and Boeing produced 156 examples of the type. The final 717 rolled off the production line in April 2006, also bound for AirTran.

Where are they today?

Last December, Simple Flying took a look at where you can find the remaining 717s still in service today. Delta Air Lines is by far the largest operator, although it has expressed its intentions to retire its remaining examples by 2025. Hawaiian has similar plans for its 717s.

These two US carriers represent two-thirds of the current 717 operators. The only non-US airline to fly the type at present is the Australian regional carrier QantasLink. Until recently, the type did have a fourth operator, namely Spanish low-cost carrier Volotea. However, the Asturias-based airline operated its, and Europe’s last 717 flight on January 10th this year, in favor of the Airbus A319.

In truth, Boeing was in a good position to inherit the MD-95 project from McDonnell Douglas, given its existing aircraft portfolio. That is to say that the 717 was not the first rear-engined aircraft that the American manufacturer produced.

Indeed, between 1962 and 1984, it produced more than 1,800 examples of its hugely successful 727. This rear-engined design also featured a third, center turbofan. This additional engine was fed through an S-shaped air duct atop its fuselage, just in front of the tail.

The 727 represented a useful solution for Boeing’s customers who needed a smaller aircraft than its existing 707 quad jet. It was ideal for operators serving routes that either had lower demand or featured smaller airports than the 707 was capable of handling. The aircraft was eventually succeeded by the larger 757, and it flew its last commercial passenger service in January 2019.