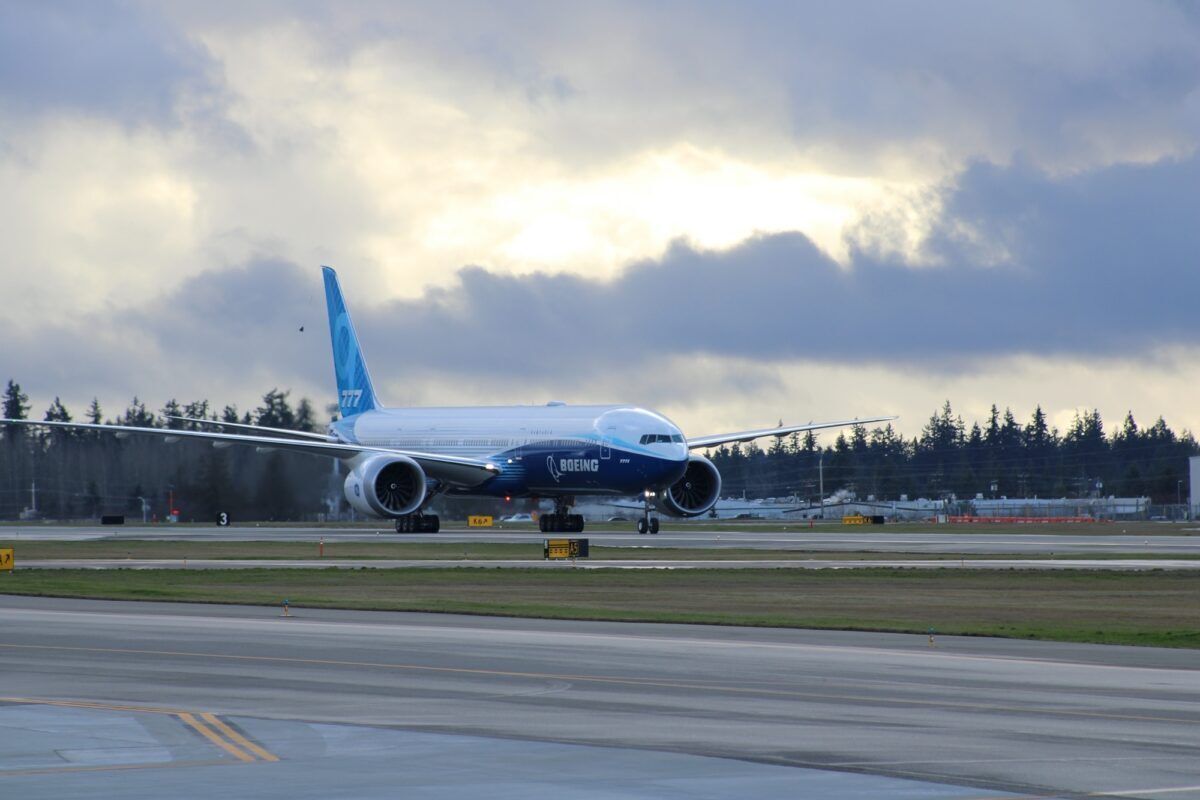 Despite various delays during its production process, the Boeing 777X is a highly-anticipated aircraft among airlines and avgeeks worldwide. American Airlines, Delta, and United are considered the ‘big three’ of US commercial aviation, and have all operated previous 777 variants. However, none of them have yet placed an order for the next-generation 777X series.

But why is this the case? And is there a chance that any of them might get their checkbooks out for a future order? Let’s take a look and see.

As we have established, all three of these US giants have operated past versions of Boeing’s iconic 777. However, Atlanta-based Delta Air Lines is the only one not to still be doing so. Indeed, Delta retired the last of its 777s in October 2020.

According to Planespotters.net, the airline only operated 18 examples of the smaller 777-200 variant. Eight of these were the extended-range -200ER variant, of which it received the first in 1999. The remaining 10, which began arriving in 2008, were the long-range -200LR.

Despite operating a relatively small number of 777s, the aircraft was considered Delta’s flagship for some time. It unlocked longer-haul routes for the airline, and also provided additional capacity compared to Delta’s existing 767s, or the McDonnell Douglas MD-11s that it replaced.

The ongoing coronavirus pandemic prompted Delta to prematurely retire its 777 fleet. However, going forward, it seems very unlikely that it will replace these aircraft with the 777X. Indeed, aside from its aging 767s, Delta appears to be moving towards an Airbus-dominated long-haul fleet.

In 2014, it placed a significant order for 50 Airbus jets, split between the A330neo and A350 XWB. As such, this will likely leave minimal space for the 777X at Delta in years to come.

According to Planespotters.net, Chicago-based United Airlines currently has 96 777s in its fleet. Around two-thirds of these remain grounded in light of the downturn in demand caused by coronavirus. They are split among the following variants.

While the stretched-fuselage 777-300ERs are relatively new additions to United’s fleet, the smaller -200 variants have an average age of 21.8 years old. As such, United will need to consider what it will replace these aircraft with when they retire.

Much like Delta, United also has a sizeable 45-aircraft order for the Airbus A350-900 on its books. As such, it seems that the prospects of the carrier investing in the 777X as well are also minimal. It initially ordered the A350s in 2010 for delivery in 2022, but this date has since been deferred by five years to 2027.

American Airlines’ fleet presently boasts 67 777s, of which Planespotters.net reports that 55 are currently active. The carrier operates both the 777-200ER (47 examples) and 777-300ER (20 examples) variants of Boeing’s iconic twin-engine widebody.

As is the case with United, American’s oldest 777s are from the -200 series, with an average age of 20.3 years old. When it comes to replacing these, the airline does appear to be favoring a Boeing alternative.

However, this is set not to be the 777X, but the established 787-9 ‘Dreamliner.’ This aircraft offers a similar capacity with excellent efficiency, and the 787 family as a whole is very popular at American. Indeed, January 2021 saw the carrier celebrate six years of Dreamliner operations.

However, while still unlikely, American is probably still the strongest candidate for a future 777X order. American Airlines canceled its A350 order that had rolled over from US Airways when the two airlines merged in 2015. As such, if American was looking to fill the gap left by this cancellation, there is perhaps a slim chance that it may do so with a 777X order.