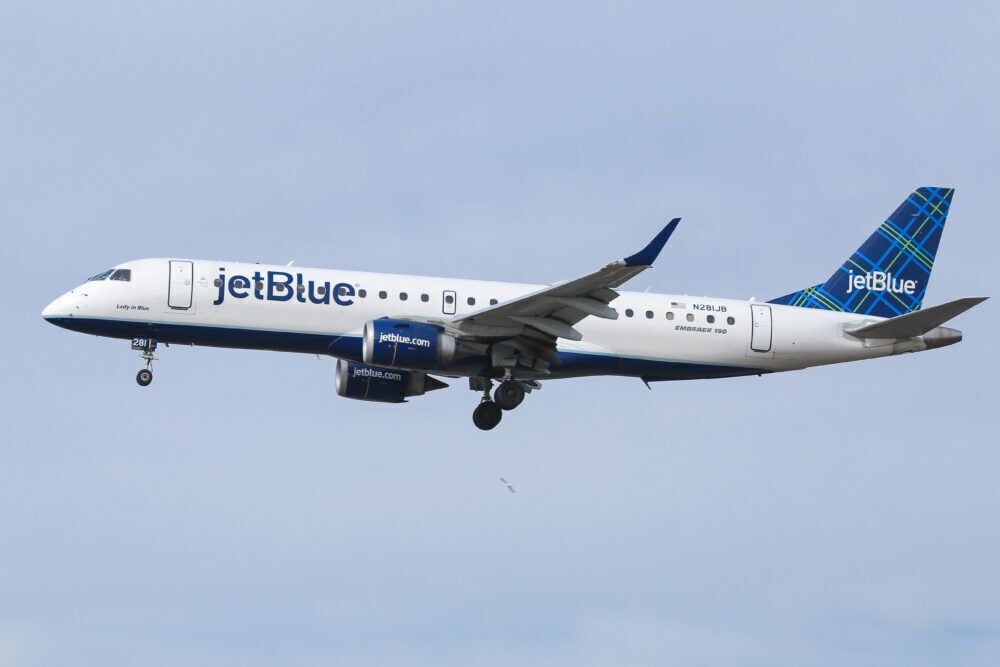 American carrier, JetBlue, has detailed that it anticipates taking 15 new jets in 2021. This year will be a big one for the carrier as it starts operations with two brand new jet types. Here are the new planes the carrier will be taking in 2021.

In the carrier’s fourth-quarter 2020 earnings call, JetBlue’s executives outlined their plans for taking new planes this year. In terms of breakdown by type, the airline is adding the following new jets:

By the end of 2021, the airline anticipates having a fleet of 282 aircraft split across the following planes:

This could change as JetBlue evaluates the environment in 2020. The airline could end up taking out some E190s if demand remains weaker than anticipated through the year. Another thing that could change the carrier’s planning is a delivery delay that could push some planes due closer to the end of the year into 2022.

The Airbus A220-300 is the newest addition to the carrier’s fleet. JetBlue will have a total of 70 A220s once deliveries are complete. These planes seat 140 passengers on board and feature an all-economy layout.

The planes feature seatback entertainment at all seats and in-seat power, which will keep passengers plenty entertained who want to watch a movie or a TV show or business travelers who want to stay connected with the airline’s WiFi.

The A220s will start on service between Boston and Fort Lauderdale by mid-June. Although, before then, the carrier will be flying Airbus A220s around to get the airline’s crew familiar with it.

This is going to be a spot to watch. On the airline’s fourth-quarter earnings call, Steve Priest, JetBlue’s Chief Financial Officer, referred to JetBlue bringing the “A321LD – the new neo LD, low density” into the carrier’s fleet.

JetBlue did not reveal any details about this plane, but it appears that this will be a “new” configuration into JetBlue’s fleet. None of the A321neos currently offer the airline’s Mint product.

Given the space devoted to a lie-flat product onboard a plane, Mint-configured jets seat fewer overall passengers than non-Mint planes, so it is likely JetBlue is putting Mint on some A3221neos, but the airline did not provide many new details.

The Airbus A321LR will be used to expand JetBlue’s route network to include London. The airline hopes to start flying to London from the third quarter of 2021 and has prepared ahead with a refreshed Mint experience for its premium customers.

JetBlue has some slots at two London-area airports, Gatwick and Stansted, but it definitely wants to consolidate operations at one London-area airport. The airline last week officially filed with the DOT a complaint about securing London slots in the hope that American regulators would put some pressure on the UK to open up unused slots for JetBlue at Heathrow and Gatwick.