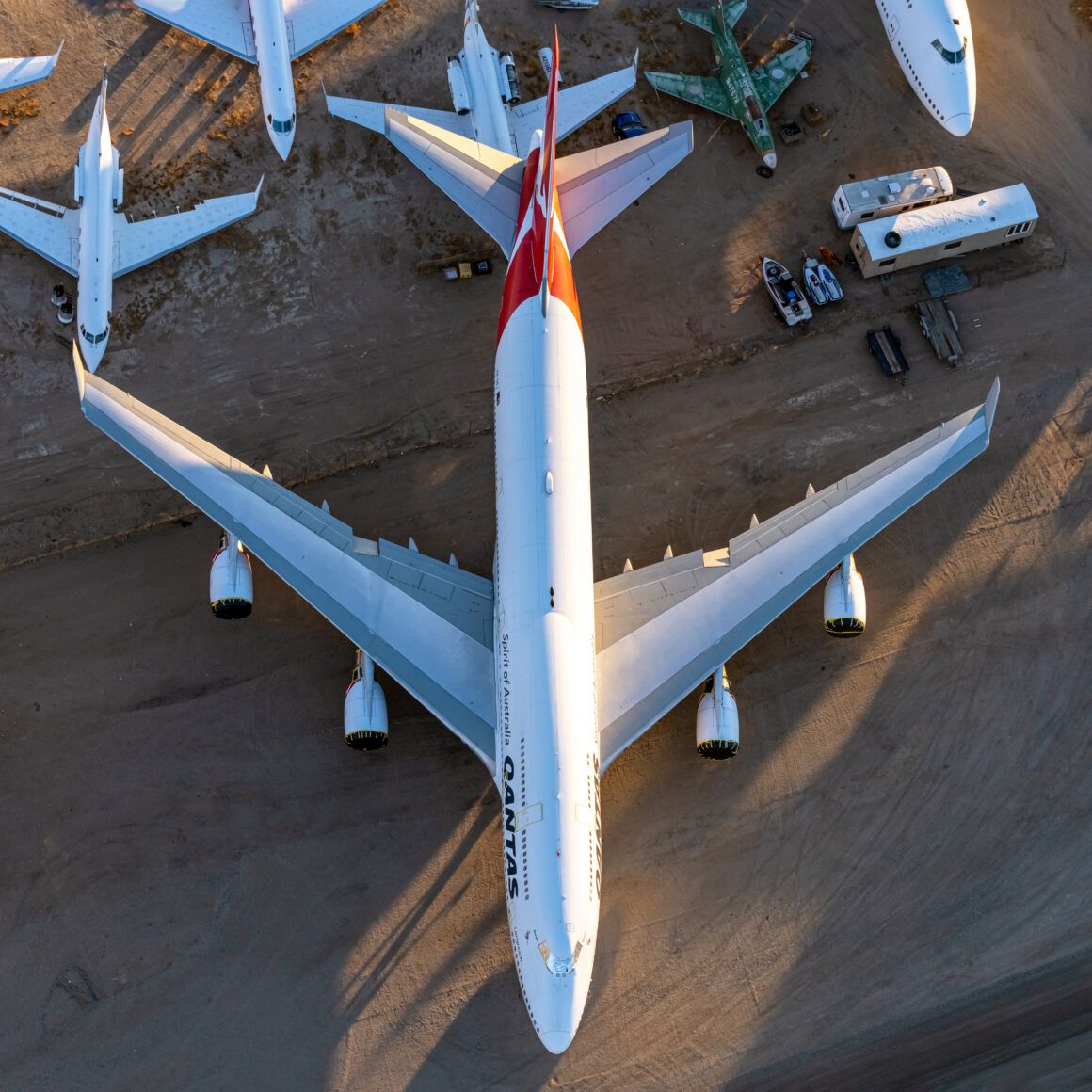 It is nearly 12 months since Qantas flew its last Boeing 747 flights. In the middle of a dire 2020, Qantas sent its final 747s out in a blaze of publicity. At the time, there were hopes the planes would go on to fly for another airline. But has this happened? What has happened to the retired Qantas 747s?

In just five months, Qantas swiftly retired its final six Boeing 747-400s last year. The final plane, VH-OEJ Wunula, headed off to a boneyard in California in July. Various models of the 747 had flown for Qantas since 1971. Of the six retired last year, all have ended up gathering dust. All except one are now at the Mojave Air and Space Port. VH-OEF is at San Bernardino International Airport.

VH-OEF Sydney was the first 747 to leave the Qantas fleet in 2020. It flew out in mid-February. VH-OEG Parkes wrapped up over 17 years of flying for Qantas in April 2020 and went over to California. VH-OEH Hervey Bay departed Australia in mid-May 2020. VH-OEI Ceduna took off to Los Angeles one last time in early June 2020. VH-OEE Nullabor headed off to California in mid-June 2020. VH-OEJ Wunula left Australia on July 22, 2020.

There was, and perhaps still is, some hope that these planes would find a second life flying for a freight airline. But the world is awash with unwanted planes now and most far more cost-effective to fly than an old 747-400.

In 2019, one former Qantas 747-400 got lucky. In the second half of 2019, VH-OJU Lord Howe Island was retired. Rolls Royce picked the plane up to serve as a testbed. The plane is now getting converted into an airborne science lab in California.

Over the years, Qantas operated 64 Boeing 747s. There was always a fleet renewal process, and 747s were retired as newer models landed at Qantas’ base in Sydney. In the earlier days, most of Qantas’ former 747s did find second lives. And there were some high profile customers for former Qantas Boeing 747s. Among the buyers were United Airlines, Air Canada, Virgin Atlantic Airlines, El Al Airlines, and Air Pacific.

A couple of former Qantas 747s were donated to museums. The Qantas Founder’s Museum in outback Longreach has VH-EBQ, a 747-200. Qantas has also recently donated a replica of their upper deck Captain Cook lounge to that museum. Another Qantas 747, VH-OJA City of Canberra, went to the Historical Aviation Restoration Society’s Museum at Illawarra Regional Airport south of Sydney.

But these two former Qantas 747s are exceptions to the rule. Since 2015, except for City of Canberra and VH-OJU going to Rolls Royce, all former Qantas 747s have gone into storage or been scrapped. It’s the fate that awaits many planes but is nonetheless an inglorious end for any Boeing 747.