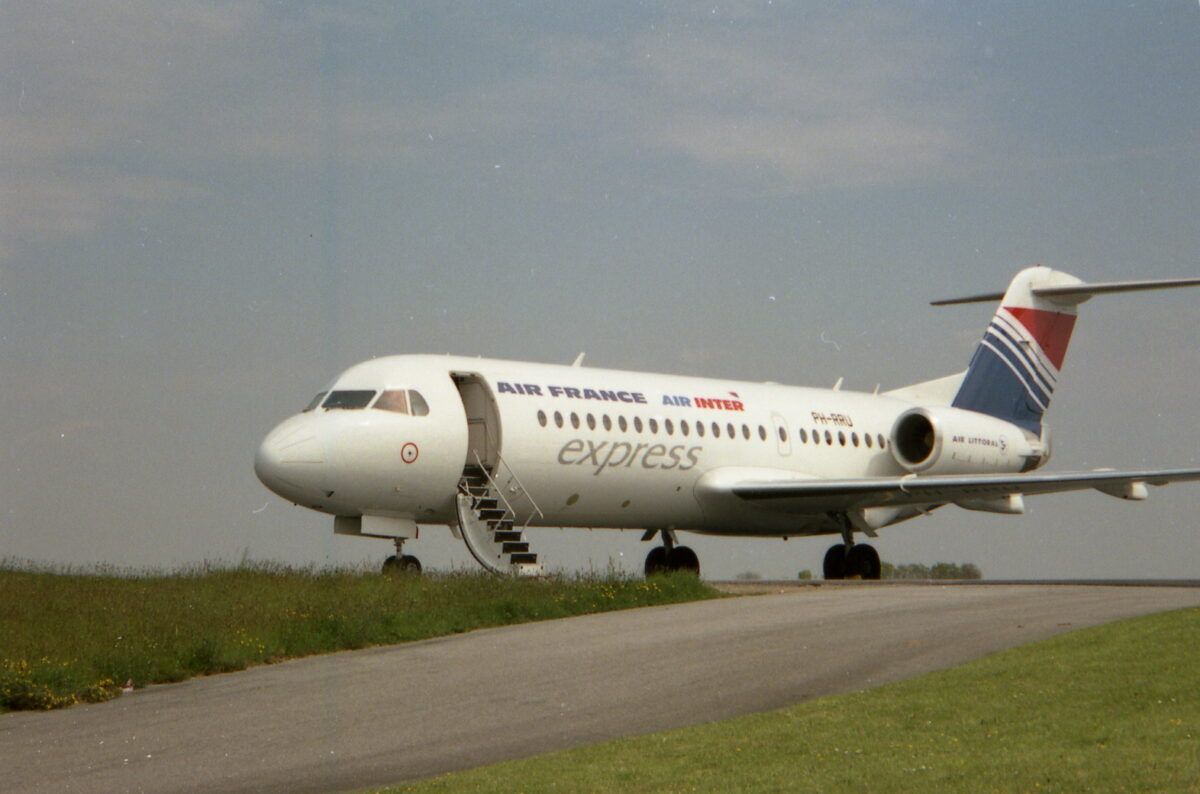 We thought we would take a look at Air France’s domestic arm, Air Inter, to see what happened to the airline and why it is no longer flying. Air Inter was founded as a semi-public entity on November 12, 1954, to provide efficient domestic air transport at the lowest possible cost. Its financial backers included French public and private sector transport businesses, along with the banks.

Air Inter operated its first commercial flight between Paris and Strasbourg on 16 March 1958 but did not start regular scheduled domestic flights within France and to the Mediterranean island of Corsica until 1960. This occurred when the French Public Works and Transport Ministry decided to break up the Air France domestic monopoly. By allowing Air Inter to compete with Air France, the government could force Air Inter to fly unprofitable domestic routes and not just money-making flights out of Paris.

Air Inter was based in Paris Orly

Operating primarily out of Paris Orly Airport (ORY), Air Inter operated high-frequency flights to Bordeaux, Lyon, Marseille, Mulhouse, Nice, and Strasbourg. When Charles de Gaulle Airport (CDG) opened in 1974 near the suburb of Roissy-en-France and the transfer of all Air Frances’ international flights to the new airport occurred, Air Inter started flying to the new airport as well.

Of the above-mentioned cities that Air Inter flew to from Orly, the only one that did not switch to CDG was its service to Nice from Orly. Air Inter switched its operations to northern Paris to act as a feeder airline for Air Frances’ long-haul international routes.

Simultaneously Air Inter started serving second and third-tier provincial towns from Orly, including Ajaccio, Bastia, and Calvi on the island of Corsica. Air Inter also started operating direct flights between French cities cutting out the need to transfer through Paris.

Before the European Union decided to liberalize air transport between member countries in the early 1990s, Air Inter enjoyed having a large share of the French domestic market. Air Inter, together with Union de Transports Aériens (UTA), Transport Aérien Transrégional (TAT), and Air France, was considered as being the crème de la crème of the French air transport industry.

During this time, Air Inter was the only French airline flying regularly scheduled highly profitable trunk routes from Paris to the rest of metropolitan France. The exception was on the Paris-Nice route, where Air Inter had to compete with Air France flights to Nice from Paris CDG and Paris Orly. Air Inter also competed with former national Swiss flag carrier, Swissair, on the Paris- Basle/Mulhouse route.

Passengers on the Air Inter flight to EuroAirport Basel Mulhouse Freiburg (MLH, BSL) had to arrive at the domestic terminal associated with the French city of Mulhouse. Therefore, the flight was regarded as being an internal France flight rather than an international one.

Air Inter couldn’t compete with the high-speed rail on short routes like Paris to Lyon. By traveling by rail, people could go from the city center of Paris to Lyon’s city center in two hours and five minutes while cutting out all the hassle of getting to and from the airport. As a result of this Air Inter, cut the frequency of its flights and started putting smaller aircraft on what was once one of its most profitable routes.

Before high-speed rail entered the picture, Air Inter was the largest European domestic airline and the forerunner of today’s low-cost no-frills carriers like Ryanair and easyJet. Air Inter’s fare structure was much lower than other European airlines and was configured to compete with rail.

Air Inter was also the first European carrier that did not allocate seats, operated with fewer cabin crew, and prided itself on quick turnarounds. In fact, turnarounds were so smooth that it was not unusual to offload and board a 314-seat Airbus A300 in 35 minutes.

Air Inter’s downfall came about on January 1, 1995, when it lost its monopoly on domestic trunk routes out of Paris Orly. from that day forward, other European airlines, including low-cost carriers, were free to compete on all routes within Europe. There were also no restrictions regarding the frequency of flights, how much they could charge for tickets, or passenger capacity.

To counter threats brought about by the liberalization of air travel within Europe, the French government decided to integrate Air Inter and UTA into Air France. Doing this, it thought that a unified national carrier with a global reach would be better placed to compete in an unregulated European marketplace.

According to aviation enthusiast website Planespotters.net Air Inter operated a fleet of 88 planes that comprised the following aircraft:

Sadly, Air Inter is remembered for the crash of flight 148 that killed 87 people near Strasbourg. While making its final approach in bad weather at night, the Air Inter Airbus A320 slammed into a mountain leaving just nine survivors. During the subsequent investigation, authorities concluded that a combination of inexperienced pilots and a poorly designed Flight Control Unit (FCU) was to blame.