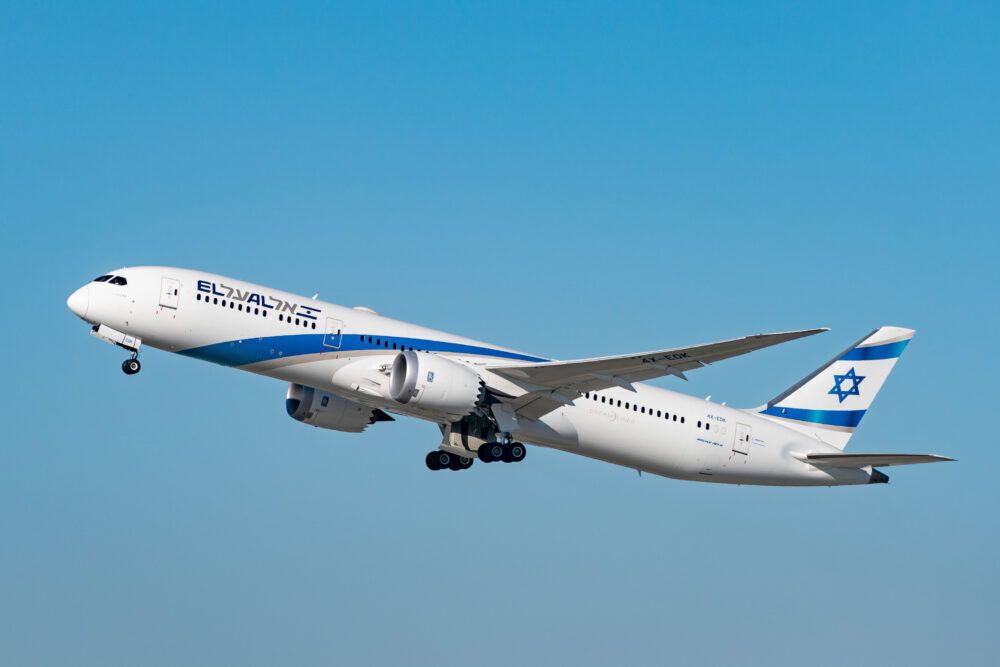 The ongoing coronavirus pandemic has seen airlines increasingly retire their Boeing 747 aircraft. However, Israeli flag carrier El Al withdrew its last example just beforehand, in November 2019. This brought a 48-year spell of jumbo jet operations at the airline to a close. It operated 26 examples of the 747 during this period, including a handful of cargo variants. But where did they go once their service at El Al concluded?

According to Planespotters.net, El Al received its first two Boeing 747-200 aircraft in 1971. Deliveries continued throughout the 1970s and included the airline’s first 747 freighters. Among these 1970s deliveries was a -200, which bore the registration 4X-AXD, and arrived at El Al in 1975. In 1991, this aircraft broke the capacity record for the 747, airlifting a reported 1,122 Ethiopian Jews from Addis Ababa to Tel Aviv as part of ‘Operation Solomon.’

The 1980s were quieter on the delivery front for El Al but did include a brief 747-100 lease from Tower Air. The airline took a significant step forward in the 1990s. This decade saw it receive its first 747-400s, with a pair arriving in 1994. In August 2000, it briefly leased a 747-300 from Air Atlanta Icelandic, registered TF-ATH. This meant that it operated every passenger variant of the jumbo apart from the short-fuselage 747SP and the next-generation 747-8.

Moving on from the ‘Queen of the Skies’

In 2010, El Al received its first and only -400F. This bore the registration 4X-ELF, and proved to be the airline’s penultimate jumbo delivery. The final example, a -400 registered as 4X-ELH, arrived at the carrier from Pullmantur Air in February 2011. By then, the writing was on the wall. While undoubtedly an iconic aircraft, the 747 did not fit in with El Al’s modernization plans.

In July 2019, the airline announced it would be retiring its remaining 747s that year. Its final 747-operated transatlantic service flew from New York to Tel Aviv in September 2019. It’s very last 747 flight took place in November 2019. This special service commemorated the type by ‘painting’ a 747 in the sky with its flight path en route from Rome to Tel Aviv.

Where did they end up?

Sadly, El Al was the final operator for many of the 26 747s that the Israeli flag carrier operated. Almost half of them, amounting to a total of 12, was scrapped following their withdrawal by the airline. Three more went into storage. Another, a freighter registered as 4X-AXG, was written off after crashing in Amsterdam in 1992, killing all four occupants and 39 people on the ground.

However, some of El Al’s 747s did enjoy new leases of life after their time with the Israeli flag carrier. This is particularly the case for those that were leased on a short-term basis. 4X-AXD, the -200 involved in Operation Solomon, went to South African carrier Hydro-Air in 2000, after 25 years at El Al.

The airline’s sole -400F, 4X-ELF, also found a new owner after its nine-year spell in Israel. It went to American lessor BlackRock, which has since offered its services to Air Atlanta Icelandic and Magma Aviation. 4X-ELS, a -400, had perhaps the most prestigious operational history. Its time at El Al (2005-2007) was bookended by spells beforehand at Singapore Airlines (1993-2005), and afterward at Cathay Pacific (2007-2016).