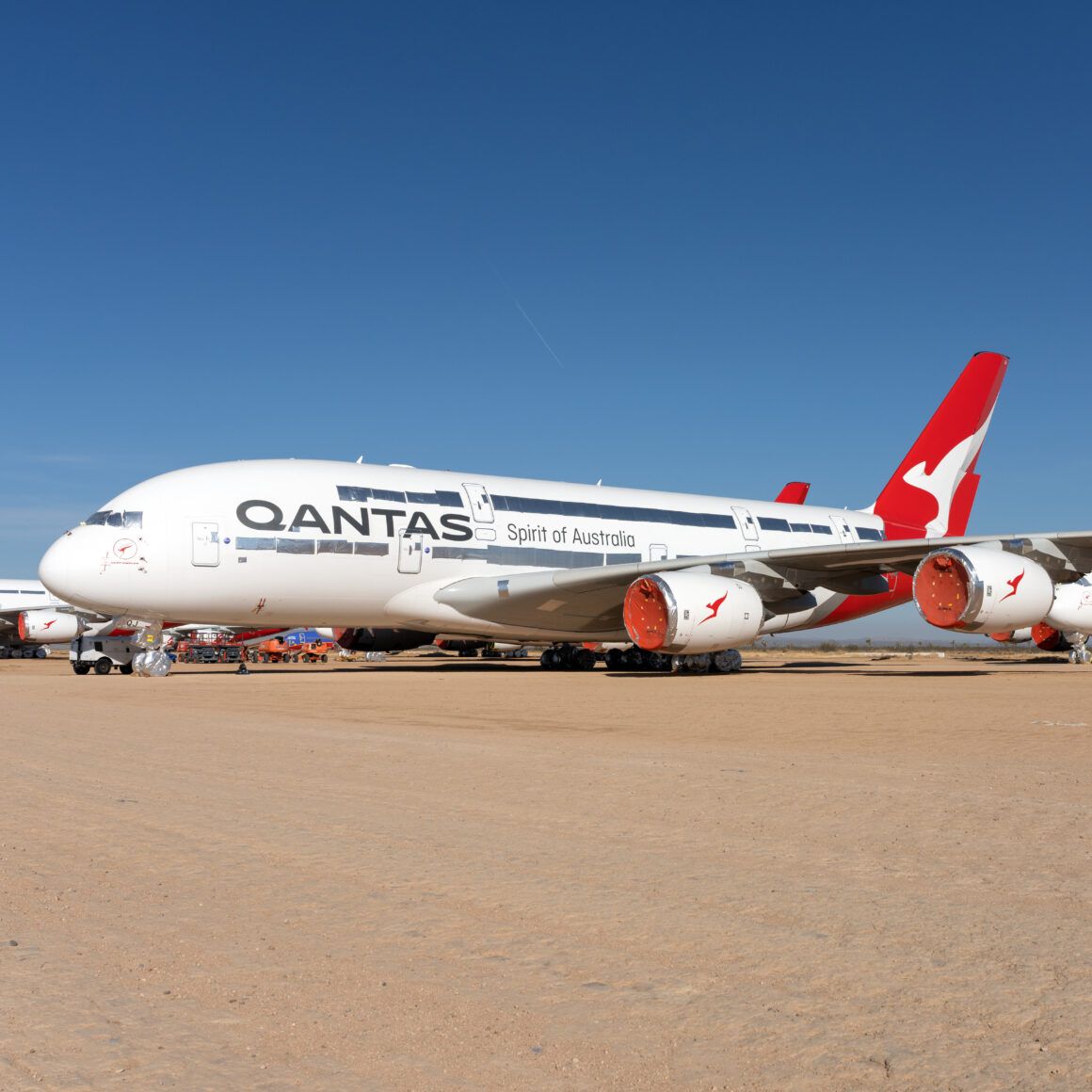 The last 12 months has seen a seismic shift in aircraft fleet management at airlines. With passenger demand down in most markets and not expected to recover for some time, airlines are searching for cost savings where they can. High on their hit list are big planes, especially older big planes that are costly to run.

Consequently, airlines worldwide have been busy putting planes into long term storage. Primarily (but not exclusively), the airlines are eyeing fuel-guzzling aircraft like A380s, Boeing 747s and older model 777s for a spell on the ground.

As of late February, around 10,000 aircraft (or approximately 1/3 of the worldwide commercial airline fleet) were in storage. But putting planes into long-term storage is no easy task. Airlines might save money by not flying the planes, but keeping them on the ground and in good condition is complex.

First, airlines have to find somewhere to store their planes. While cost is a consideration, for most airlines, the deciding factor is climate. Aircraft like dry climates with low humidity.

But those aircraft need to be maintained. For most airlines, choosing where to store planes means ticking the boxes on cost, environment and access to the technical support to keep their planes in good condition.

Putting the plane into “an airplane coma”

Once there, the aircraft have to be prepared for storage, or what one airline analyst called to be put into”an airplane coma.” Every plane and every plane owner’s requirements will differ, but the following steps are standard when it comes to long-term storage.

First, all windows are taped to prevent sunlight from decoloring the interior. Second, landing gears and engines are thoroughly packed to prevent corrosion and birds nesting in them. Third, openings that are vulnerable to sand, dirt, water, birds, and insects are wrapped up and made watertight. This includes engines and air data collectors, including pitot, static, temperature, angle of attack sensors, as well as engine intakes and exhausts, and APU intakes and exhausts.

Then there is the matter of greasing, cleaning, and preserving the landing gear and flight control systems. After that, all cockpit switches are turned off. Batteries are disconnected, window blinds are lowered. Finally, all seats are covered to keep them clean.

When all this is done, and this can take weeks, it isn’t simply a matter of locking the aircraft’s doors and walking away. Long-term storage facilities provide constant maintenance and checking of aircraft. For example, tires have to be rotated every so often to prevent warping and bulging from the aircraft’s weight resting on these specific spots.

Airlines may want their systems reactivated and checked regularly. Much like cars, planes do best when their engines are started periodically. Getting this done is all part of the cost and workload involved in keeping planes in long-term storage.

The travel downturn has proved a boon for long-term storage facilities, and otherwise niche corner of the airline industry. They’ve been popping up like mushrooms in the last year. Experts predict it will be a few more years yet until passenger demand returns to 2019 levels. For the long-term aircraft storage facilities, that means the good times will keep rolling on for a while yet.