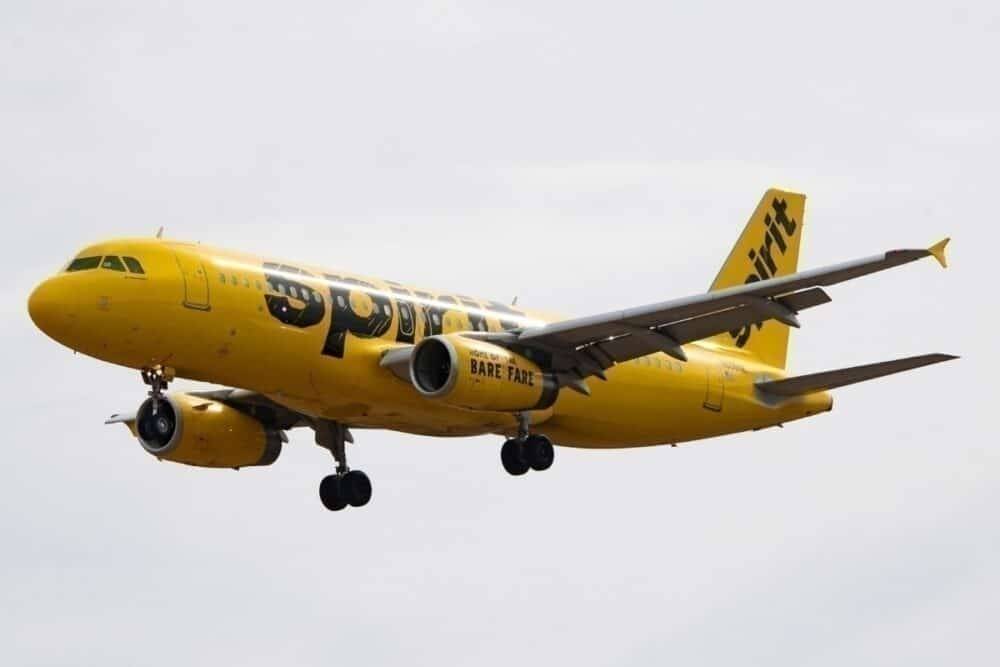 An American man has been sentenced to two-and-a-half years in federal prison, having pled guilty to conspiracy to commit wire fraud. A former Mesa Airlines employee, he had stolen information from his ex-colleagues to book free flights on Spirit Airlines using their credentials.

According to View From The Wing, the person had fraudulently booked a total of 1,953 flights over 21 months. The man, who MyNewsLA names as Hubbard Bell, had previously been entitled to access free tickets on Spirit as an employee of Mesa Airlines. Mr. Bell had worked for Mesa for four months, spanning from June to October 2015. Legally, he would only have been allowed to access the benefit of free Spirit flights during this time.

However, having been fired by the regional carrier, he began stealing information from other employees to retain access to this perk. Starting in February 2016, Bell gathered the names, dates of hire, and employee identification numbers of workers whose credentials could still be used to obtain the free travel. In some cases, he would even manufacture and sell fake Mesa Airlines identification cards to enable others to reap the rewards of his scheme.

Of the 1,953 fraudulently-booked flights, Mr Bell is said to have only taken 34 of them himself. As such, the trial concerning the case has also focused on five other co-conspirators, who have pled not guilty thus far. Mr Bell, on the other hand, pled guilty in Los Angeles, California in September. The co-defendants are set to go on trial in Los Angeles once again in April.

The last of the flights had been booked in November 2017. Due to the interstate nature of Mr Bell’s fraudulent travel, he will spend the duration of his sentence in a federal, rather than a state, prison. The length of this has been set at 30 months, or two-and-a-half years. In addition, he has been ordered to pay $150,000 in restitution. This equates to around $77 for each of the 1,953 fraudulently-booked flights.

Mesa, Mr. Bell’s former employer, is a Phoenix-based American regional airline. Like many smaller US carriers, it operates feeder flights for the regional brands of legacy carriers. In this case, its services run on behalf of American (as American Eagle) and United (as United Express). According to its LinkedIn site, Mesa has around 3,500 employees. Despite the challenging year that 2020 was for many airlines, the carrier did manage to turn an annual profit last year.

Mesa operates a sizeable fleet consisting almost entirely of regional jets. According to Planespotters.net, the full breakdown is as follows:

Previously, Mesa had also been the only US operator of the Fokker 70. Last week, Simple Flying reported that the airline had strengthened its ties with American. Specifically, it has added five extra CRJ-900 aircraft to its contract with the airline. This will lead to it operating more flights under the American Eagle brand.