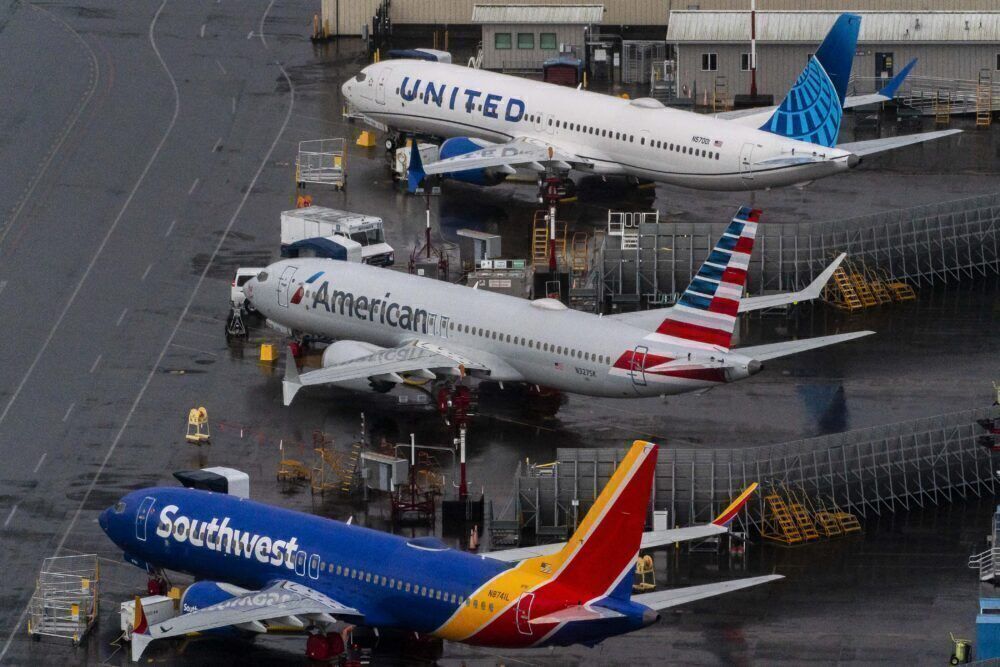 US airlines have come out quite strongly against testing mandates for domestic travel. Though nothing has become concrete yet, and neither the White House nor the Centers for Disease Control (CDC) have released a plan to require passengers to undergo testing for travel, airlines are already expressing their displeasure.

US airlines do not support domestic testing

This week, it was revealed that the Biden Administration was looking at the possibility of domestic testing for air travel. The extent to which officials had supported the idea and planned to put it in place is unclear. However, the discussions appeared to be limited within the administration and did not include industry professionals. This week, airlines took a stand against it.

“I’m not aware that the CDC has reached out to us. By extension, I’m not aware that they’ve reached out to the Airlines for America. But yes, I think it would be a mistake. It’s very costly. As Tammy was pointing out in an earlier interview to administer the test, we don’t have adequate testing capacity for the country in the first place. Where our emphasis needs to be is on the two vaccines that are available and getting them rolled out and getting the country vaccinated, and I would hate for us to take our eye off of that ball.”

“On the domestic front, it’s hard to see practically something like that working at that scale. Air travel is just one mode of travel. You obviously have rail, road transportation, people need to travel, they’ll figure out a way to get there. They’ll figure out a way to see Mom, Dad and frankly putting this burden on air travel is, we think, far too cumbersome. I also have concerns around just the testing capacity in the United States, I think, teasing out a little bit about what you’re saying about Puerto Rico. In many parts of the country, testing slots are scarce and it takes, frankly, many days and some cases actually get results back.”

She continued with concerns of adding undue burden on crewmembers who already have to monitor mask compliance on top of all of their current roles that would be a logistical burden.

“We support international testing because that’s about getting more people to be comfortable flying across borders, and we have worked with regularity on the administration to make that happen.”

The argument for international testing boils down to testing being a way to open up travel while domestic travel, which is already mostly open, would suffer. While some airports are offering testing, and others vending machines to get an at-home test, the infrastructure is not broadly in place to support testing every passenger before their travel.

The other reason is that airlines know international demand is low. Even to sun destinations in the Caribbean and Central America, carriers are not seeing the same numbers they saw last year. A lot of people want to fly domestic.

Think from the perspective of a passenger. When they start their research about where to go, they first consider where they can and cannot go. A trip to see Hobbiton in New Zealand or go skiing in the Alps is out of the question. There are, however, some opportunities in the Caribbean and Central America.

That leaves domestic travel in the US. That customer will look at where activities are open, where restaurants are open, where there are fewer entry restrictions. Passengers will likely narrow this down to places like Florida or Arizona or Hawaii in the United States.

Friction in the travel process, whether a requirement to get a visa or a mandate to get a test, leads passengers to consider other, easier options. People who want to go on vacation are still going to find a way to go on vacation. That, however, will likely be via a mode of transportation that does not require a runway.

Airlines know this, and they know that they cannot afford to lose any more travelers than they currently have. On Friday, January 29th, the TSA notched 774,688 passengers entering security checkpoints across the US. In 2020, on that same Friday, nearly 2.2 million passengers took to the sky. And, in 2019, that number was over 1.5 million.

Passenger numbers are down over 60% year-over-year. As evidenced by the slate of results that came out in the last few weeks, the current crisis is costing major airlines billions of dollars and is unsustainable. These fewer passengers are also paying less for their fare, on average, than they paid in 2020 or 2019, which spells more bad news for airlines.

Domestic testing is far from a reality

A big sigh of relief for carriers is that a mandate for pre-travel domestic testing is far from reality. The Biden Administration has floated the ideas. Even though there have been some statements that agencies are actively looking into it, it is highly unlikely that any testing protocol will go into effect before consultation with industry groups.

A CDC order mandating face masks for the duration of travel onboard planes and within airports goes into effect from February 2nd and augments President Biden’s order. The order exempts children under the age of two, people with liabilities who cannot wear a mask because of the disability, or for whom mask-wearing would create a risk to workplace health, safety, or job duty.

The order does allow carriers to impose requirements for negative test results of COVID-19 to travel. While it is possible some airlines may require testing for passengers who cannot wear a mask, a blanket requirement for all travelers imposed by an airline is very unlikely ever to happen.

During his firm’s earnings call, when asked if he believed domestic testing would become a requirement for domestic flights, Delta’s CEO, Ed Bastian, succinctly stated the following: