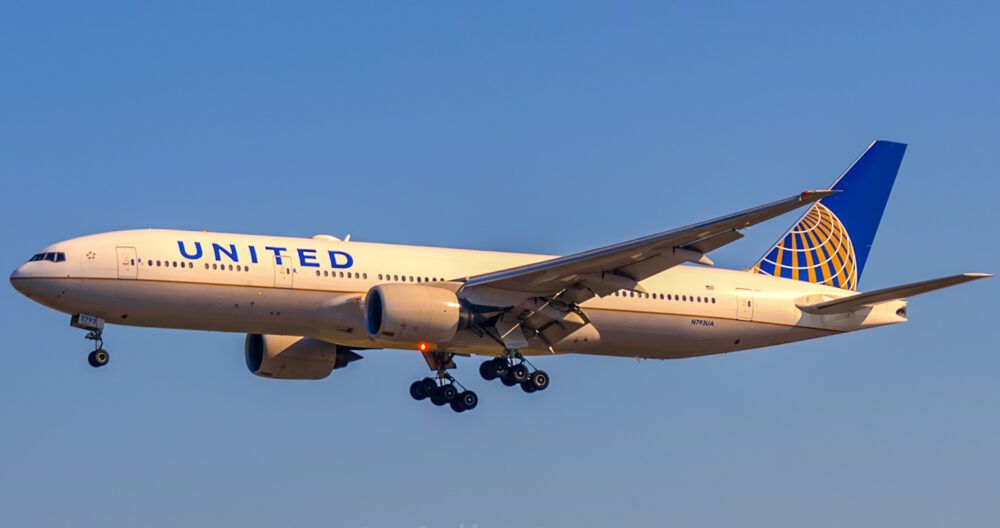 It was on February 21st that the FAA said it would be issuing an Emergency Airworthiness Directive to inspect all Boeing 777s powered by Pratt & Whitney PW4000 engines. The actual directive came days later. Accompanying this was the grounding of the affected jets by most of its operators. This, of course, followed an engine failure which saw parts rain down over suburban Denver. One of these jets, United Airlines’ N793UA, hasn’t flown since the grounding and was in fact spotted recently flying to Roswell, New Mexico – well-known long-term storage and parking site.

Flying into the desert

The jet departed EWR at 12:48 local time and, after flying for about three hours and 48 minutes, arrived at ROW at 14:26 local time.

ROW isn’t a normal United Airlines destination, nor is it just any regular passenger airport. This airport is home to Roswell International Air Center (RIAC). According to Airplane Boneyards, the Air Center is home to a number of companies that store, refurbish and dismantle airliners. With a dry climate, low humidity, and ample space, Roswell is a site that’s ideal for long-term storage.

United Airlines has been using Roswell as one of its main storage sites. A portion of its fleet is already stored there as a result of the global health crisis. The 777-200 actually joins a few other United Airlines 777-200s already parked there. These other jets were sent to Roswell throughout 2020. For example, N206UA was sent in April 2020, while N209UA was sent a few months later, in September.

An active aircraft before the grounding

Flight data from RadarBox.com (embedded below) shows that N793UA was indeed active right up until the news of the emergency airworthiness directive from the FAA. Then, after February 21st, all flight activity stopped, and the jet remained on the ground in Newark- making it almost a full month since a regular service.

Examining data from Planespotters.net, it appears that almost all of United’s PW4000-powered 777-200s have been parked for some time now. Most of these jets’ final flights before storage took place months before United’s February incident. Therefore, the majority of United’s active 777-200 fleet is powered by GE Engines.

We did spot at least one PW4000-powered 777 listed as active. However, the aircraft, registered as N798UA, only operated a short 30-minute flight. Its first movement since late February, the aircraft was parked in Maui and was re-positioned to Honolulu on March 18th. Therefore, it’s difficult to tell if this aircraft will actually see regular passenger service. Judging by the fate of all of United’s other PW4000-powered 777-200s, it doesn’t seem likely.