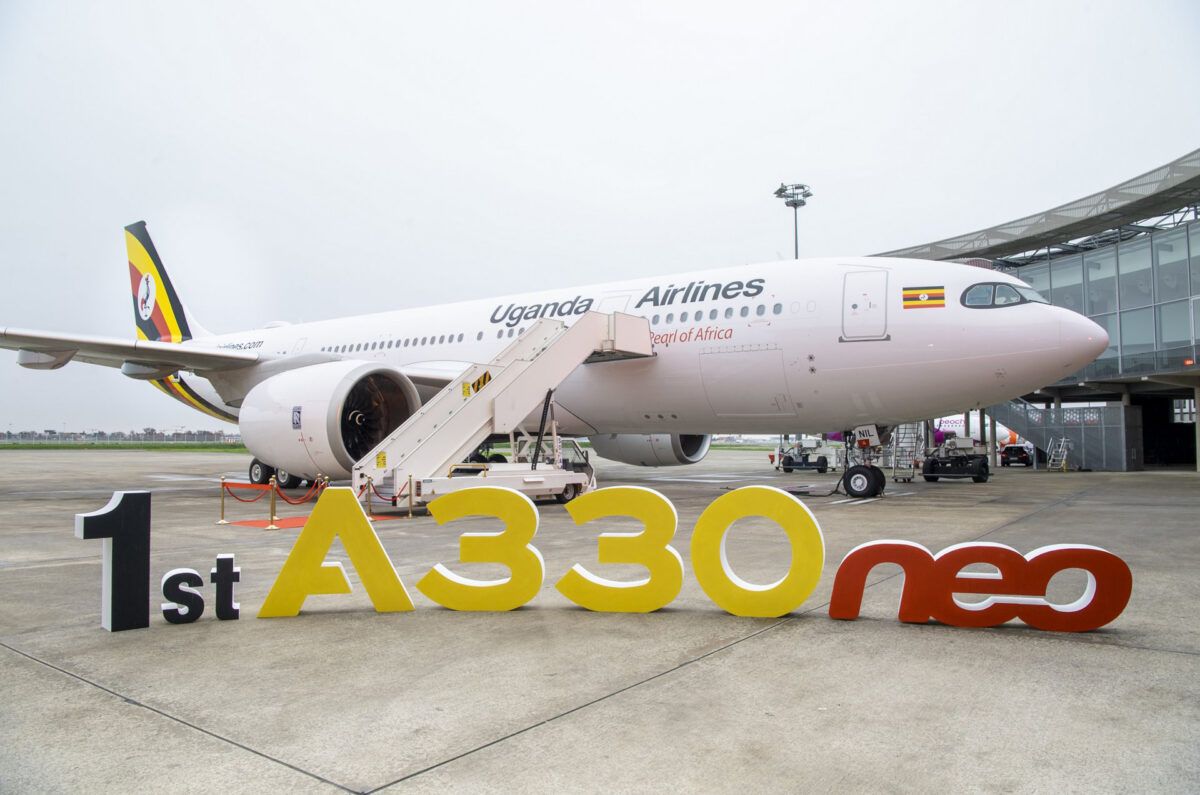 The shorter variant of the A330neo, the A330-800, will be heading to London Heathrow among a number of other destinations. Uganda Airlines will be operating the jet out of its Entebbe hub. This nine-hour, 3,500NM service to London is expected to commence on March 28th with a five-times-weekly frequency.

Service to commence on March 28th

As part of a multi-post Twitter announcement, Uganda Airlines disclosed that it would be flying its new flagship Airbus A330-800 to London Heathrow.

According to ChimpReports, Uganda Airlines recently obtained the rights to operate the service, which will commence on March 28th. It was noted that the flight will arrive in London at 06:45 and depart for Entebbe at 09:00.

Reporting from anna.aero notes that more than 84,000 passengers flew between Entebbe and London on a round-trip basis in 2019, which makes it one of the carrier’s busier services.

It looks like this service will face little direct, non-stop competition. British Airways had once operated a direct service from London Heathrow, but this was halted way back in 2015, with the British carrier saying that it was not commercially viable to continue the flights.

One-stop options are plentiful, however. Carriers like EgyptAir, Kenya Airways, and Turkish Airlines (among others) all offer flights through their respective hubs.

As part of the carrier’s announcements on Twitter, it looks like Dubai, Guangzhou, and Mumbai may also see A330neo service in the future.

“The shareholders look forward to the continued growth of Uganda Airlines’ passenger and cargo portfolio with the start of long-haul flights to Dubai, London, Guangzhou, and Mumbai, upon conclusion of the ongoing A330neo operations certification process; and further expansion of the African network to include Johannesburg, Lusaka, Harare, Khartoum, Addis Ababa, Lagos, Accra, Goma, Lubumbashi and more; as well as interline and codeshare partnerships for seamless global operations,” the airline states.

Passengers lucky enough to fly the airline’s A330-800 in a month will have much to look forward to with a brand new aircraft with a brand new cabin. The A330neo is Uganda Airline’s newest aircraft, with the carrier set to operate two of the type. One was delivered in December 2020, while the second was delivered last month.

According to reports in ATCNews, the aircraft will have a total of 210 economy seats. Laid out in a 2-4-2 configuration, these economy class seats will feature adjustable headrests, finished in leather, and IFE screens at every seat.

The airline will also have a true premium economy product with 28 seats offering more legroom and larger IFE screens. These are laid out in a generous 2-3-2 arrangement.

Uganda Airlines’ 20-seat business class cabin is laid out in a 1-2-1 configuration with a standard 40.5” of pitch. The arrangement is staggered and will allow for a bed of 76.5 inches.