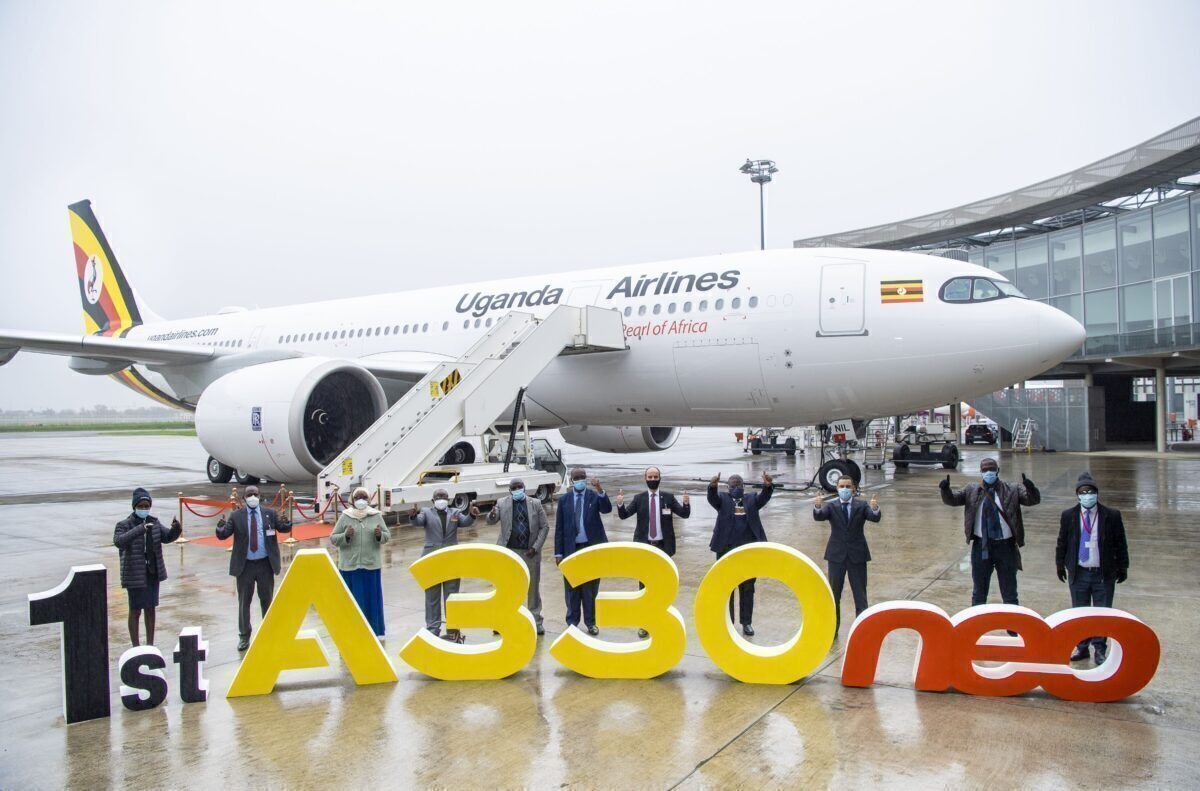 Uganda Airlines has secured an early morning landing slot at London Heathrow Airport. The flight from Entebbe will land in Heathrow at 06:00 AM, a prime time for business travelers and considered one of the most coveted slots at the airport. Uganda will fly its brand new Airbus A330neo on the route.

According to Daily Monitor, Uganda Airlines has secured a new slot at London Heathrow, flying five times a week from Entebbe. The slot comes into effect from the start of the summer season on March 28th, but the airline is yet to receive certification for its new Airbus A330-800neo.

Notably, Uganda Airlines has secured a prime slot at Heathrow: an early morning arrival. The popularity of early morning slots cannot be overstated, with Oman Air buying a 05:30 AM arrival slot for a record $75 million in 2016.

Uganda has managed to secure a 06:00 AM arrival into Heathrow (leaving at 09:00 AM) without purchasing the slot from another airline, according to Business Daily. This is a remarkable feat given how young the airline is (less than two years old) and considering it only received its first widebody a few months ago. Moreover, it highlights how sharply demand for slots has fallen at Heathrow.

Once Uganda’s shiny new A330neos are certified by its regulators and the UK lifts its ban on non-essential travel, the airline will begin flights to London. According to a spokesperson for the airline, it plans to start flight at some time in May, saying,

“The aircraft are not yet certified by the regulator but we are hoping to have completed that process by the end of April. If the UK relaxes travel restrictions, we should be ready to launch London sometime in May.”

For Uganda Airlines, the A330neo is a chance to expand beyond Africa and become a major international airline. In addition to London, the carrier plans to launch flights to Dubai and has secured rights for six weekly flights. While demand will dictate the final schedule for the short term, the airline has its eye on more locations.

The next destinations for the airline will be Mumbai, India, and Guangzhou, China, another popular hub route. This has been an ambitious rise for the airline which is yet to turn even two years old. It currently operates nine regional routes using CRJ900ERs and will add two routes Johannesburg and Lusaka soon.

With the first flights planned for May, keep an eye out for this rising African carrier in the skies. Currently, the airline only has two A330neos on order but it could add more widebodies in the future if it sees a growing demand. Considering the untapped potential of African aviation, we could see this airline expand quickly.