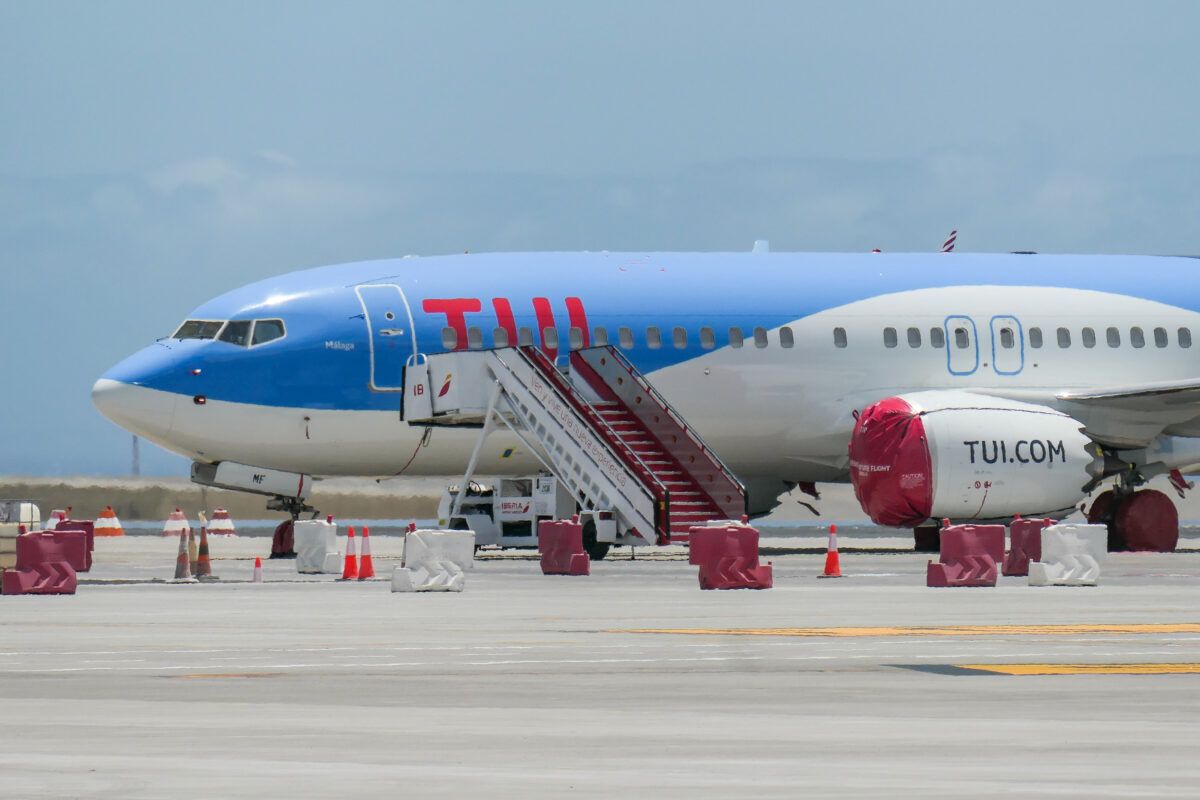 TUI has received another 737 MAX, which flew over nine hours across North America and the Atlantic from Seattle to London. The plane is TUI’s 18th MAX-8 in the fleet and has been christened with the name ‘Ibiza.’

A Boeing 737 MAX-8 plane flew an impressive nine hours en route to carrier TUI. The jet took off from Boeing Field International, Seattle, on Tuesday at 17:25 PST and flew over nine hours before finally touching down at Gatwick Airport, London, at 10:39 GMT today. According to RadarBox.com, the plane flew over 7,700km, passing over Canada, Greenland, and the Atlantic.

According to Planespotters.net, the aircraft is 1.8 years old. The plane’s registration is G-TUMK, and, like TUI’s other MAX-8s, it has been given a destination name – Ibiza. Other MAXs in the fleet have been given TUI destination names, such as ‘Rhodes’ and ‘Dubrovnik.’

In 2018, TUI announced its ambitious plans to renew and upgrade its fleet, with ‘the objective to make flights more economical, cost-efficient and environmentally-efficient.’ The airline has ordered around 70 Boeing 737 MAXs; however, after the MAX was grounded and COVID swept the world, TUI and Boeing struck a deal to revise deliveries.

Although details are confidential,

“TUI will get fewer 737 MAX deliveries from Boeing than previously planned in the next several years… As a result of this less than half of the originally planned 737 MAX aircraft will be delivered to TUI in the next two years.”

The airline was the first in Europe to unground the 737 MAX, operating a passenger flight from Brussels to Malaga on February 17th. On that occasion, the flight was conducted by ‘Tenerife Alegria’ (registration: OO-MAX). It also took delivery of the first post-ungrounding MAX in late February. D-TUMJ, which also flew direct from Seattle to London Gatwick, was the first such delivery since authorities recertified the MAX after its grounding in March 2019.

With countries across Europe expected to relax travel restrictions by the summer, carriers are anticipating a busy summer. After the UK announced plans to open up international travel by May or June, many carriers, including TUI, experienced a surge in bookings. For example, low-cost carrier easyJet saw an increase of 337% in bookings compared to the previous week.

However, there is no guarantee international travel will open up as planned, with the UK waiting until April to make a final decision. One route out of the problem could be vaccine passports, with IATA’s Travel Pass expected to go live within weeks. Several carriers have trialed their own health passport programs, hopefully facilitating a resurgence in the industry.