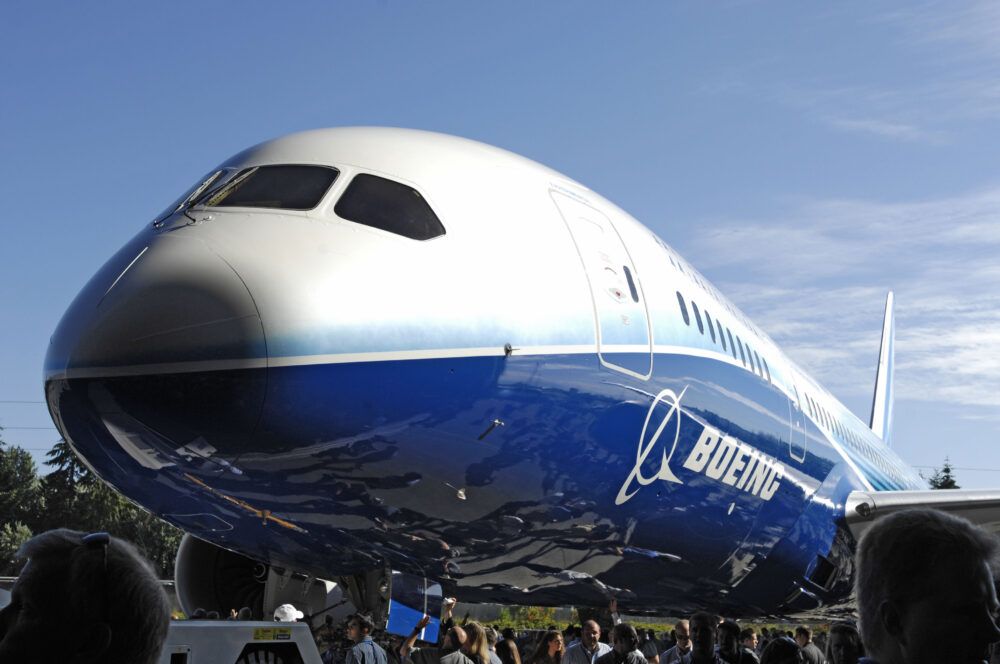 Since the introduction of the 707 in 1958, Boeing has produced over 25,000 jet aircraft. Alongside changing competition from other manufacturers, Boeing has introduced a number of families of aircraft, most with several variants. This article takes a look at the most popular of these, based on total aircraft sales.

In top place is the popular narrowbody Boeing 737 family. This includes all family/series members – Original, Classic, Next Generation (NG) and MAX – but the Classic, NG and MAX families would occupy the top three spots as well if treated separately. The 737 has been very successful for Boeing!

This long-serving family entered commercial service in 1968 with Lufthansa. It has remained in production since through a large number of different series.

The 737 has been one of the most successful aircraft to date and is in a current battle with Airbus and their A320 family for the top spot in the midrange narrowbody category. This has not been helped by the problems with the 737 MAX.

According to aircraft sales data from Boeing, there have been 16,703 total orders for 737 aircraft, with 10,506 of these delivered to date.

In second place comes the Boeing 727 family. Boeing introduced this in 1960 as a response to demand for a shorter range, smaller aircraft than the heavy 707 introduced a few years earlier. The 727 entered service in 1964 with Eastern Air Lines.

Unlike the 737, the Boeing 727 is no longer in production. This stopped in 1984. In total, 1,831 aircraft were ordered and delivered. The 727 remained in some passenger service until 2019 – Iran Aseman Airlines operated the last commercial passenger service in January 2019. A small number of 727s remain in use for cargo or specialized operations.Advertisement:

The 777 has been Boeing’s most successful widebody aircraft to date. It first flew in 1995 with United Airlines, designed as a smaller alternative to the 747 with the replacement of the popular DC10 aircraft in mind.

The original 777-200 has seen several changes, with larger and longer-range models introduced over the years. The most popular has been the 777-300ER, with 810 orders.

The newest member of the family is the Boeing 777X. This has seen test flights and is expected to enter service in 2023. This aircraft is designed to continue the success of the 777 families well into the future.

It has been designed as a modern replacement for aircraft such as the 747. It features more powerful and efficient GE9X engines, composite material components, and folding wingtips to offer more airport choice (a problem faced by Airbus with the A380).

We don’t really need to say much about the Boeing 747. It is one of the most recognizable and iconic aircraft to date. It has also been extremely successful. The 747 changed the world of aviation in many ways – both economically and with the cabins and facilities it could offer.

Introduced in 1970 with Pan American Airways, take up from airlines was slow initially. This improved once the economic situation improved, and Boeing addressed issues with the first 747-200 model.Advertisement:

The 747-400, with a stretched upper deck and winglets, has been by far the most popular (nearly 700 produced). The 747-400 is becoming a rare bird today, with the events of 2020 seeing the type taking early retirement from many airline fleets.

The new 747-8, of course, remains in production, with 155 orders to date. This will sustain the program until around 2022, when Boeing intends to cease building the Queen altogether.

The Boeing 787 first flew in October 2011 with launch customer All Nippon Airways (ANA). ANA is still the largest operator of the type.

It was designed as a more fuel-efficient aircraft than those currently flying, by around 20 to 25%. It also offers a range of technical upgrades and reduced operating and maintenance costs.

In many ways, Boeing got this right for the market and the 787 has proved very successful. There have been 1,489 orders, with 992 delivered as of March 2021.

The 767 was Boeing’s first widebody twin-engine jet. Introduced in 1982 (with United Airlines), it remains in production. With more interest from airlines in higher capacity aircraft, Boeing introduced the 767-300 variant in 1983. Plans to increase the size further led eventually to the development of the new 777 in 1995.

Production of passenger models finished in 2012, but freighter versions of the 767 continue to be produced. There is even talk of restarting passenger production, as older 767 models are retired and airlines look to fill the gap. The 767 is very popular for short-haul, high-density routes, with no real alternatives on offer from Boeing.

The Boeing 757 was developed alongside the 767. One of the key features was a similar cockpit design for each model, allowing pilots to cross-train with minimal re-certification. Production of the 757 ended in 2003, with 1,049 aircraft delivered in total.

Like the 767, it came about as a redesign for more efficient aircraft due to the 1970s oil crisis. It is still considered one of the most capable narrowbody aircraft, with excellent range (Icelandair has used it for Reykjavik to San Francisco) and operating ability in tough conditions. We take a full look at the 757’s history in this article.

The Boeing 707 is one of the most significant aircraft in aviation history. It was not the first jet aircraft to be developed or to enter passenger service, but it is generally credited as the first to be adopted widely at the start of the jet age. It entered service in 1958 and remained in production until 1978.

Shorter variants (including the 707-138 and 707-200), as well as heavier longer-range options (the 707-300/400 variants), offered airlines more choice. All in all, including some military versions, Boeing delivered 1,010 707 aircraft. There are none still in commercial use, but a few still fly with government or military operators.

Only 155 aircraft were built before production ended in 2006. The main operators are Delta Air Lines, Hawaiian Airlines, QantasLink, and Volotea.