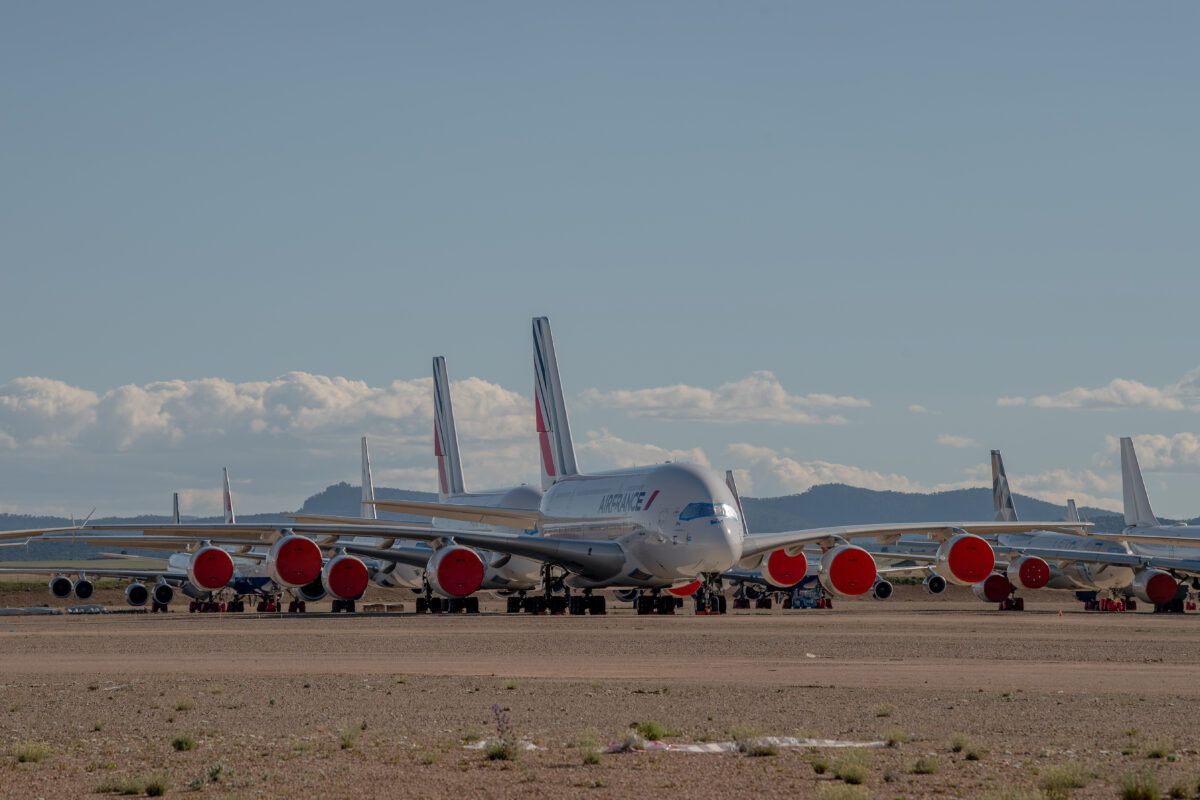 Established aircraft appraisal company IBA stated in a press release earlier this month that the market value of an Airbus A380 has been the worst affected of all current-generation widebody aircraft. The combination of large-scale groundings and the upcoming end-of-production has driven market values down by over 50% for aircraft of all ages. Let’s examine this a little more closely.

“Whilst Covid has negatively affected the values of all aircraft types, current generation widebodies have suffered most reflecting the pandemic’s impact on long-haul and business travel.”

Value drop not that surprising

Aircraft values have declined across the board. Even the nimble and highly-regarded Airbus A220 is down three to eight %, according to IBA. But it’s the A380’s value that has plummeted the most.

This drop in the superjumbo’s value isn’t too surprising given the current circumstances. Simply put, the aircraft can’t be put to use in any profitable way:

It’s mainly the first and last points listed that have led to most airlines putting their A380s in long-term storage. Meanwhile, others have lost hope and have gotten rid of their superjumbos altogether.

Too much supply with no demand

Of course, with a jet that’s currently not-too-useful, and a number of airlines announcing retirements, there’s more supply than demand. With a basic understanding of economics, it’s clear why the type’s value is dropping: Some who have it (or have had it) don’t want it, and those who don’t have it, don’t want it either.

Air France retired its entire fleet last May, while Singapore Airlines will retire seven more as well. Qatar Airways’ CEO has recently indicated that half of his A380 fleet will also be retired. Once quite optimistic about their single A380, wet lease firm HiFly gave up on the jet recently after attempting to use it as a ‘preighter.’ The A380s in the Thai Airways fleet are also on the chopping block.

We can see on the aircraft-sales-website MyAirTrade that four A380s are currently on the market publicly. In fact, these jets have been there for at least two months as we wrote about the listing in late December – giving us further confirmation that there have been no takers for these former Air France jets.

As noted by IBA, an end to production is another factor. While this will obviously stop the global A380 supply from growing, it also means that A380 support will also come to an end one day.

If things continue going in this direction, we may just see some of these big birds headed for scrap. It would be nice, however, if some of these unwanted aircraft could also be re-purposed into a ground-based attraction. We’ll just have to wait and see.