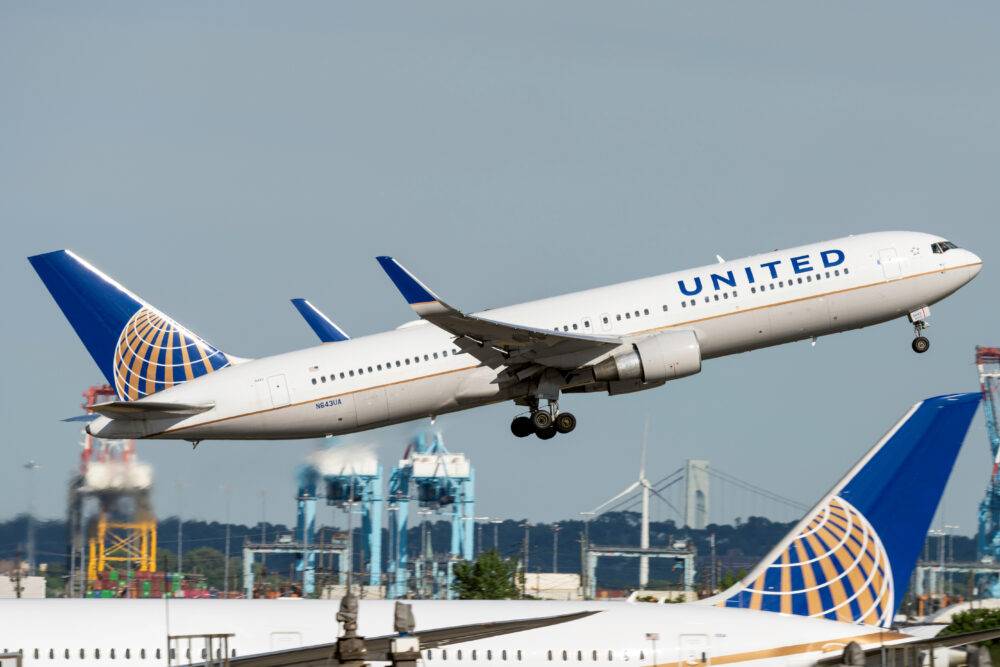 United Airlines is planning for an interesting 2021. Even in the difficult 2020, the airline launched some new long-haul international routes. The airline still has plenty more to come in 2021 and may even end up launching new routes this year in a bid to gain more revenue as it maintains a robust order book and has plenty of free aircraft sitting around. Here are the top five highly anticipated new United Airlines routes for 2021.

Already, in 2020, United Airlines has launched some new long-haul international service. In September, the carrier launched nonstop service between Chicago and Tel Aviv, capitalizing on the uncertain future of El Al to gain entry into another US-Israel market. Chicago also serves as a hub for United, with plenty of connecting feed.

The next interesting long-haul route is from Chicago to New Delhi, India. This route launched in December and appears to be doing well. The airline is operating Boeing 787s on both of these routes.

This is a route that will be super interesting to watch. First and foremost, United Airlines will be flying a Boeing 767-300ER on this route, which is expected to take about 11 hours departing Newark. This will undoubtedly be one of the longest Boeing 767 routes in the world.

The more interesting aspect of this route is the length of Maui’s runway. Maui has a comparatively short runway for a US airport, which means United’s team will need to watch this flight like a hawk to ensure it is departing Maui with enough fuel and payload to make it to Newark. Any error could lead to a diversion. Other unanticipated factors, such as weather, may also impact these flights.

Maui is one such market where Alaska Airlines flies Airbus A321neos, and it speaks to the airport’s challenges. The plane can make the flight to and from the West Coast of the US with a short runway and a large number of passengers. However, the airport is no stranger to long-haul routes. American Airlines flies nonstop from Maui to Dallas using Boeing 777s, and United also flies nonstop from Maui to Chicago using a Boeing 777. Both of these routes, however, are shorter than the route from Newark to Maui.

There will be some, but not a lot of connecting feed for United in Newark heading to Maui. Given how United already flies from some of its other hubs, such as San Francisco and Denver to Maui, those hubs are better suited for many other connections than Newark. For example, a passenger heading from Nashville to Maui might not be too interested in backtracking in Newark and then heading to Maui, and instead flying to Denver or Chicago and then heading off to Maui.

In 2012, United Airlines officially exited its route from Washington-Dulles to Accra. In 2021, nine years later, the airline is going to give it another go. This time, flying three times a week from May with a Boeing 787-8, United hopes the route will work.

Previously, South African Airways operated a flight from Accra to Dulles on a Johannesburg-Accra-Dulles routing. With SAA’s future in doubt, especially its international long-haul network, United Airlines is sensing an opportunity to make flights to Africa work.

Presently, Delta Air Lines is the only other US carrier also flying to Ghana. Delta is flying a Boeing 767-300ER between New York and Ghana.

In 2016, United Airlines completely pulled out of Africa when it ended its Boeing 787 flights between Houston and Lagos. The airline primarily relied on business from the oil industry to sustain that flight. However, United had to pull out after market conditions made operating the route incredibly difficult.

Now, United is coming back. While it has not officially outlined a start date for the new Lagos services, it had previously hoped to launch the flights in spring 2021. That day may be pushed further, depending on government approval and market conditions.

Serving Lagos from Dulles, United is not expressly linking the route to the oil industry. However, given that Lagos is the largest city in West Africa, United will get some origin and destination and connecting demand.

Delta Air Lines also flies to Lagos, though it flies to Nigeria out of its largest hub in Atlanta and its secondary hub at New York-JFK. Both of those flights are onboard Airbus A330 aircraft.

Taking the cake for one of the most hotly awaited new routes from a US airline in 2021, the Boeing 787-9 flight from San Francisco to Bangalore will be one to watch mostly because Bangalore is set to be a competitive ground for nonstop flights to the United States.

American Airlines was the first to announce the nonstop US to Bangalore flights out of Seattle, banking on origin and destination demand to the Indian tech hub and hoping it could capture connecting passengers from San Francisco.

However, United refused to be left out of the marketplace and later announced its own nonstop flights from San Francisco to Bangalore. Capturing both origin and destination demand while also being able to leverage connections, it is going to be a tough fight between American and United for which one will last in Bangalore. United has a much better footprint and track record in India than American.

This route is going to turn up the heat on transcontinental flights out of New York. United previously exited New York-JFK to focus on its hub in Newark. However, it is now coming back to JFK with nonstop flights from the airport to Los Angeles from February 1st.

United, however, is going to make a splash. Using its ultra-premium Boeing 767-300ERs, the carrier will inaugurate JFK flights with one of the better premium products on the route. The competition will be something to watch.

United Airlines will also be launching flights to San Francisco from JFK from February 1st. This route is expected to do well for several reasons. First, the airline’s double-daily frequencies feature premium Boeing 767-300ERs.

The 767-300ERs offer a better product compared to Delta’s Boeing 757s and Alaska’s recliner-style seating in the business class cabin. American is also only operating one daily Airbus A321T flight, while JetBlue runs its Airbus A320s with Mint on the route. United will give JetBlue and American some serious competition here.

In addition, United can leverage its large connecting hub in San Francisco. The airline is still operating nonstop to Seoul, Tokyo, Shanghai, and Sydney out of SFO. While most of these countries have entry restrictions in place, the ability to offer connections gives United a little leg up on keeping its planes more full between the two business centers. This will be more important once those restrictions are removed. But, for now, getting its foot in the market is more important.

The rebound in domestic travel is benefiting Alaska Airlines, with leisure travel bookings almost back to pre-pandemic l …