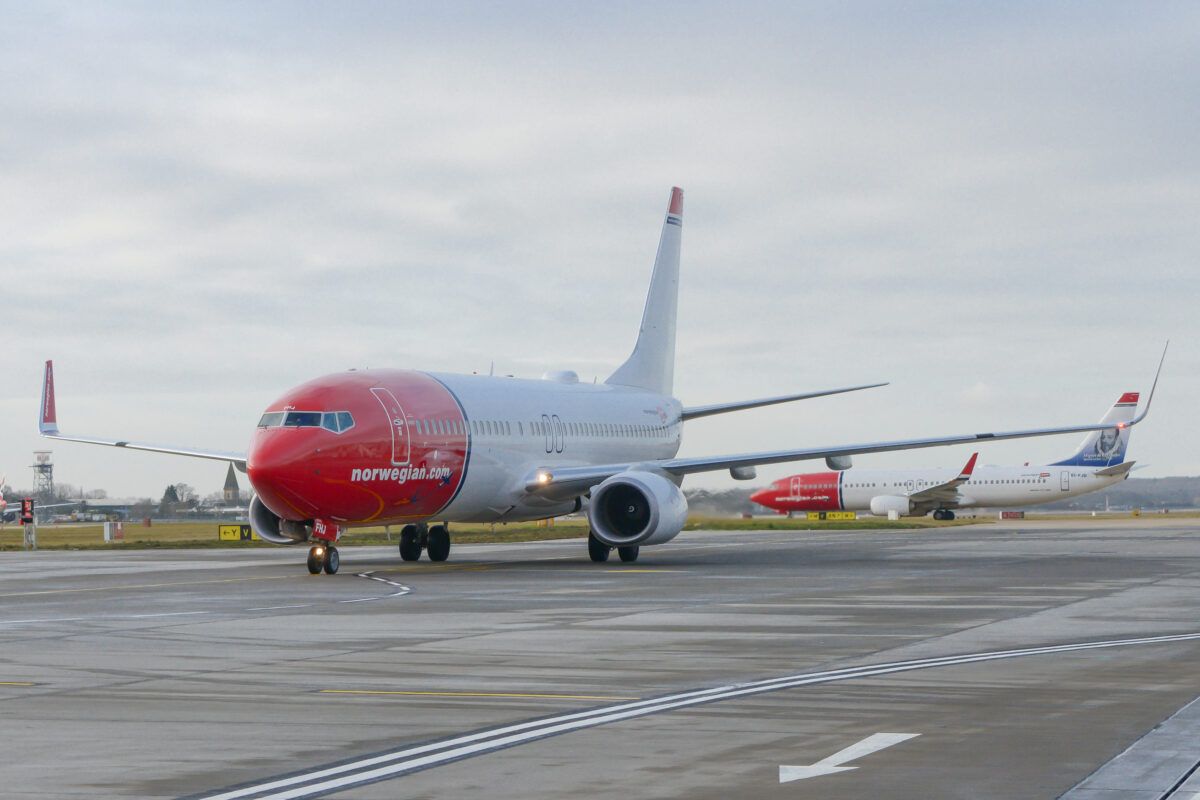 Norwegian Air Shuttle has finally emerged from six months of bankruptcy protection and is now a much leaner beast ready to take on other European low-cost carriers. Famous for having portraits of high achievers on the tail fins of its aircraft, Norwegian has said that it has raised six billion Norwegian crowns ($721m) and has little to no debt.

This amount of capital is more than enough money to meet the bankruptcy courts in Oslo and Dublin’s minimum requirements for the Scandanavian budget airline to resume flying. Gone are the long-haul Boeing 787 Dreamliners that used to offer some of the cheapest fares across the Atlantic, leaving just short-haul Boeing 737-800s to make up Norwegian Air’s fleet.

The company’s new streamlined fleet will feature 51 planes down from the 156 they used to operate. When speaking about its revival at a news conference to announce that it was back, chief executive Jacob Schram said:

“We have saved an airline that is of huge value to Norway and which binds our long country together.”

Hoisting a flag with Norwegians red, white, and blue logo, a large banner outside the airlines Fornebu, Norway headquarters read, “We’re back!

Too much debt ahead of COVID-19

When COVID-19 raised its ugly head in early 2020 after being unleased from a food market in Wuhan, China, Norwegian Air Shuttle was already in trouble trying to meet its debt payments. The pandemic and its effect on air travel only added to Norwegians’ problems, forcing the airline to cease its long-haul operations.

When speaking about how the airline plans to emerge from the crisis and restart service, the airline’s chief financial officer Geir Karlsen said:

We said that we wanted to get in enough (cash) so that we would be sure that, in a year from now, almost regardless of what happens with COVID-19, we’d still be in a good position.”

Under the conditions set by the courts, for the next ten months, Norwegian will only pay for the lease of aircraft it uses at any given time, which is a flexible leasing agreement that will limit cash burn. Know as “Power by the Hour” (PBH) agreements, the lessor retains ownership of the aircraft and rents them to the airline at a cost per flight hour. In a way, it is kind of like a taxi where you do not own the car but pay for the ride. By paying for its aircraft in this way, it will allow Norwegian to operate with financial flexibility amid uncertain demand as countries open up for tourism and people start flying again.

Norwegian is banking on the summer

Like other airlines in the northern hemisphere, Norwegian hopes that this summer will be its saving grace following a year of grounded aircraft and closed borders. When speaking to Reuters about the pent up demand for travel, chief executive Jacob Schram said:

“There is a clear rising trend, it won’t be the kind of summer we had in 2019, but it is a rising trend. The most important thing will be how governments choose to open up society. The demand is there, and we can see that on the bookings, people are aching to travel.”

Schram thinks that allowing travelers to reschedule flights without penalty will be the key adding:

“I think all airlines are looking at how they can reassure the customers in relation to giving greater flexibility.”

Norwegian will focus on its domestic market and will provide low-cost flights from Scandanavia to European sun destinations along the Mediterranean and should do well. The big question will be how they plan to go head to head with Wizz Air and Ryanair, who both stepped in to pick up the slack while Norwegian was restructuring.