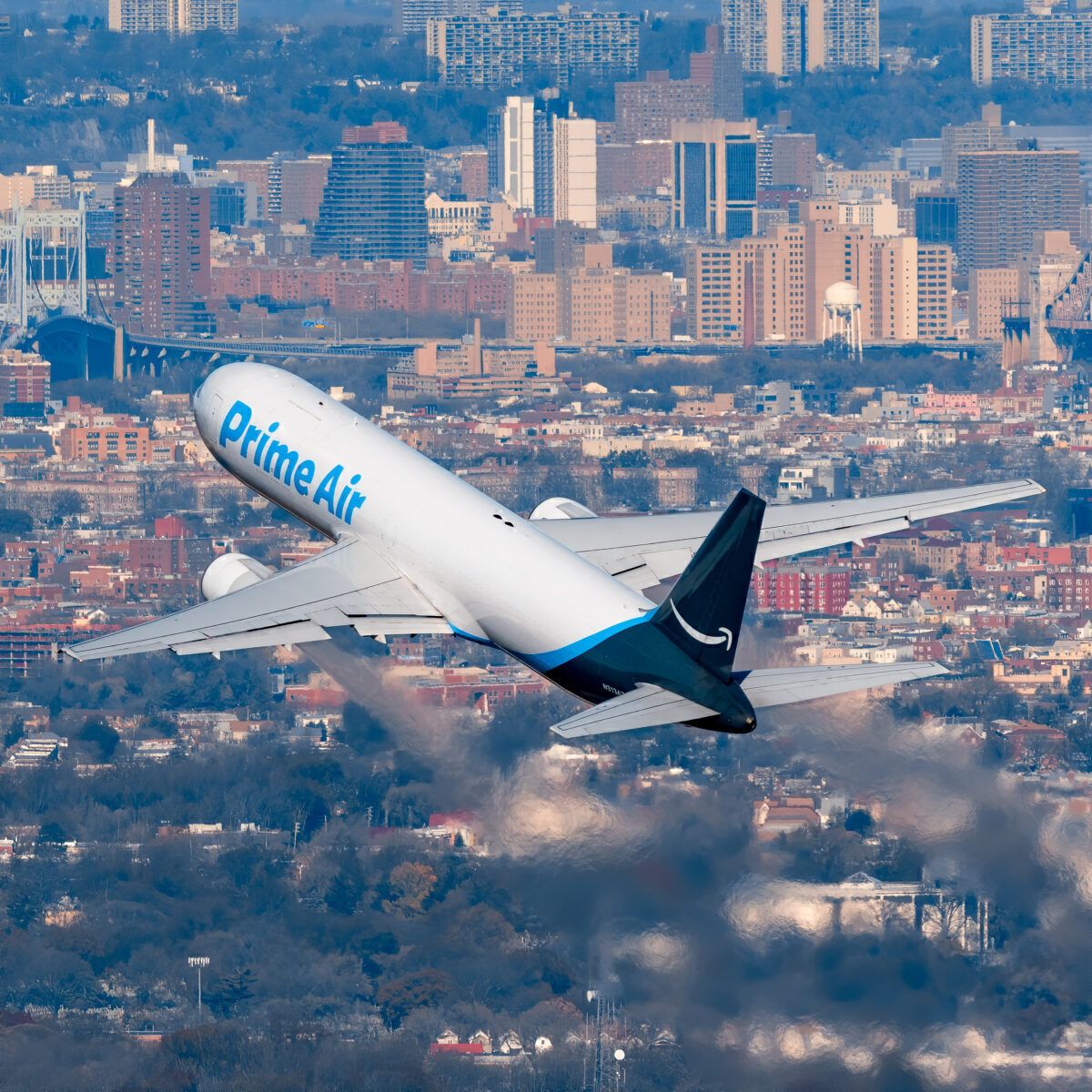 Search the news for Amazon Air, and you’ll find a number of stories regarding expansions and aircraft acquisitions. Formerly known as Amazon Prime Air, the growth of the eCommerce site Amazon and its dedicated fleet of aircraft is indeed nothing short of impressive. Let’s take a brief look at this five-year-old ‘airline’ and how it has reached its current pace of operations.

It’s highly unlikely by now that you haven’t heard of Amazon – especially if you’re living in North America or Europe. Of course, there are parts of the world that Amazon has yet to dominate in the same manner.

For people living in those areas, Amazon is a multi-national eCommerce website that sells almost everything imaginable, either through their own suppliers or linking third-party vendors to customers. The Amazon ’empire’ has since expanded to include digital streaming, cloud computing, and its own consumer-level electronics.

It was back at the end of 2015 that Amazon began to play with the idea of having a fleet of aircraft dedicated to transporting freight.

This vision was solidified in March 2016, when Amazon acquired options to buy up nearly 20% of Air Transport International’s stock. According to The Times-Gazette,  the commercial agreements included:

The following year, it was announced that Amazon Air would make Cincinnati/Northern Kentucky International Airport (KCVG) its principal hub. 2017 also saw Prime Air rebranded to simply “Amazon Air,” mainly to distinguish it from its upcoming drone service, which will be named Amazon Prime Air.

For every additional year that Amazon Air has continued to operate, we have seen new announcements regarding the expansion of its fleet and facilities.

Additionally, Amazon has established gateway facilities in Riverside, CA, Alliance, TX, and Wilmington, OH. The company explains what these facilities do on their website, saying:

“The Gateways have dedicated parking spots at an airport in order to facilitate below-wing operations. This includes the offloading of our packages onto the ramp in order to continue to our final mile delivery. Amazon Air provides gateway operations at over 20 airports, making two-day shipping possible almost anywhere in the U.S.”

Amazon also now has operations at the Leipzig-Halle airport to ensure it can “delight [its] customers in Germany and throughout Europe.”

Finally getting its own AOC

The 2nd half of 2020 was a particularly special time for Amazon Air with the granting of its very own Air Operators Certificate. PaxEx.aero noted that this was followed by the acquisition of its first four cargo 767s operating under a direct registration rather than through a leasing agreement. The aircraft came from Canadian airline WestJet.

Since then, the Amazon fleet has grown further, with news that it purchased 11 used Boeing 767-300 jets from Delta and WestJet in January 2021. All of this recent expansion has been made possible by increased eCommerce activity, spurred by the global health crisis.

The Amazon Air fleet is currently a mix of 737s and 767s, with many still operating through leasing agreements. Air Cargo News notes that a report from Joseph Schwieterman and Jacob Walls of the Chaddick Institute for Metropolitan Development predicts that the Amazon Air fleet will grow to 200 jets by 2028.

At its current pace, we wouldn’t be all that surprised if it reached this size a few years early.