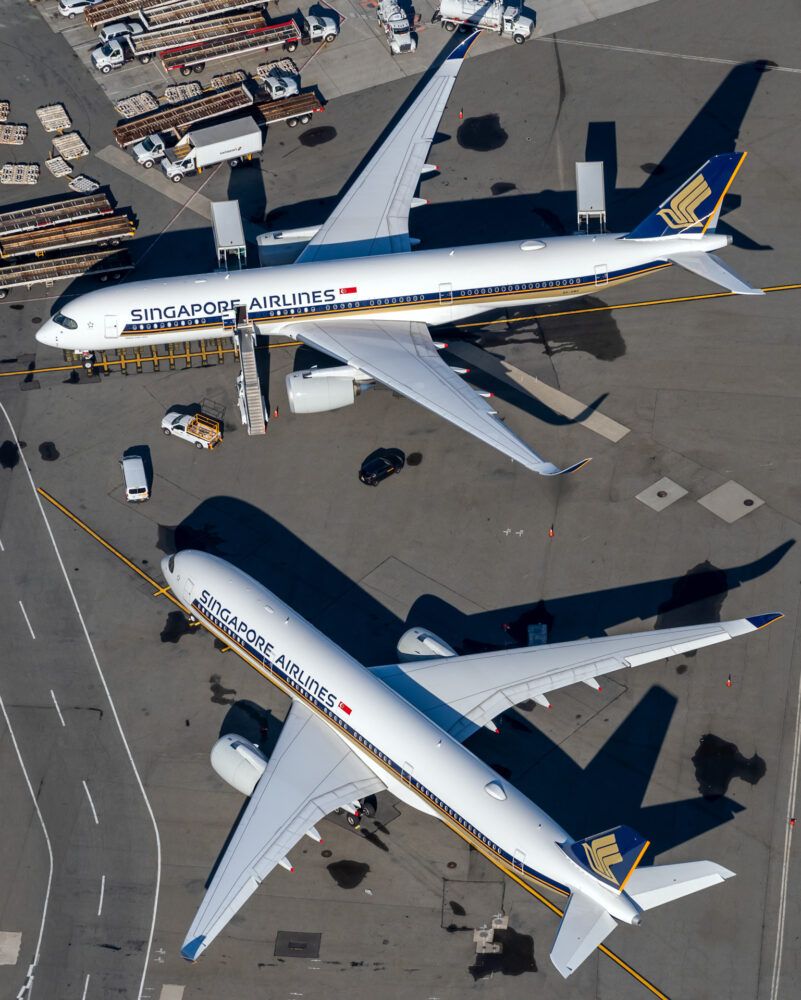 Did you know that some of the world’s largest and most well-known airlines have no domestic market at all? This, of course, is a result of political geography and the borders a country is defined by. This has become much more important and relevant with the current health crisis as international travel restrictions cripple airlines without any domestic networks. While there are quite a few countries with no domestic flights, let’s take a look at some of the higher-profile cases, separated by region.

The Netherlands. KLM (usually) has a robust international network, flying to destinations in South America, southern Africa, and Southeast Asia. However, the airline and its home country lack a domestic flight network. This is largely due to the country’s size, but also its fantastic train network run by NS. Coach bus services also do a good job of connecting major cities.

Belgium. Similarly, Belgium’s small size and well functioning rail network ensure the country’s main towns and cities are connected with one another. The country’s main carrier, Brussels Airlines, is a smaller member of the Lufthansa Group and flies regional European service, but also travels as far as the United States, Israel, and a number of African countries.

Other European countries without domestic services include the obviously tiny states of Luxembourg, Lichtenstein, and Andorra.

There are some surprises, however. Relatively small countries like Latvia, Estonia, Switzerland, and Ireland do offer some domestic flights. In Switzerland, this is due to its mountainous terrain (SWISS flies between Geneva and Zurich), while Ireland has some remote islands.

This region has quite a few countries that lack a domestic flight network. At the same time, these nations have certainly made a name for themselves, crafting world-class airlines with diverse and far-reaching networks.

Kuwait: While Kuwait isn’t quite a “city-state,” most of its activity is centered around the Kuwait City area and its surrounding governorates, which act more like suburbs. The rest of the country is really only accessible by private vehicle. While Kuwait Airways might fly as far as Manila in the Philippines and New York City, it has zero domestic activity from its hub at Kuwait International Airport.

Although Qatar Airways may have one of the world’s largest airline networks, the country of Qatar is too small to have any domestic flights. The same goes for neighboring Bahrain, which is one-tenth the size of Qatar.

The United Arab Emirates (UAE) is another good example of a country having world-class airlines without any domestic flights. The UAE is divided up into emirates (kind of like states in the US), with the largest emirates having their own airlines. Emirates (the airline) flies out of Dubai while Abu Dhabi is served by Etihad. Air Arabia serves the emirates of Sharjah and Ras al Khaimah, while Spicejet is looking to expand its operations in the latter as well.

Asia has two great examples of states with world-class airlines with no domestic flights.

Of course, it gets a little complicated and perhaps even touchy, calling Hong Kong a state. Technically, Hong Kong is a Special Administrative Region (SAR) and certainly has done a good job of riding the fine line between an independent country and being part of a larger nation (China).

With most in the SAR speaking Cantonese instead of Mandarin, using the Hong Kong dollar, as well as a separate passport, it is somewhat separate from China for the time being. Therefore, flights to China are treated as international, meaning that Hong Kong has no truly domestic flights.

Singapore is our final example. Often regarded as one of the best airlines in the world, Singapore Airlines also runs one of the longest flights in the world – taking passengers from Singapore to New York on an ultra-long-range version of the A350-900.

The country itself is essentially a city-state on a small island. Singapore Changi is the main airport and home to Singapore Airlines. The country does have another facility known as Seletar Airport- but as these two are about 20km apart, there aren’t any domestic services. Seletar is, however, the site of some exciting passenger-to-freighter conversion work.

As there are many small nations out there, this list could indeed go on further. Usually quite a mundane topic, this has been made much more interesting with the events of 2020, which continue to unfold.

Indeed, as many countries (and special administrative regions) maintain stringent travel restrictions, their homegrown airlines are extremely handicapped in the passenger operations they are able to maintain during this crisis. The worst part of 2020 travel restrictions, especially for carriers like Emirates and Singapore Airlines, has been the suspension of transfer/transit traffic – something that these airlines greatly rely on.

Conversely, larger countries and their carriers have had the good fortune of being able to main domestic operations in the midst of heavy international travel restrictions. China, the United States, and Russia are some prime examples.