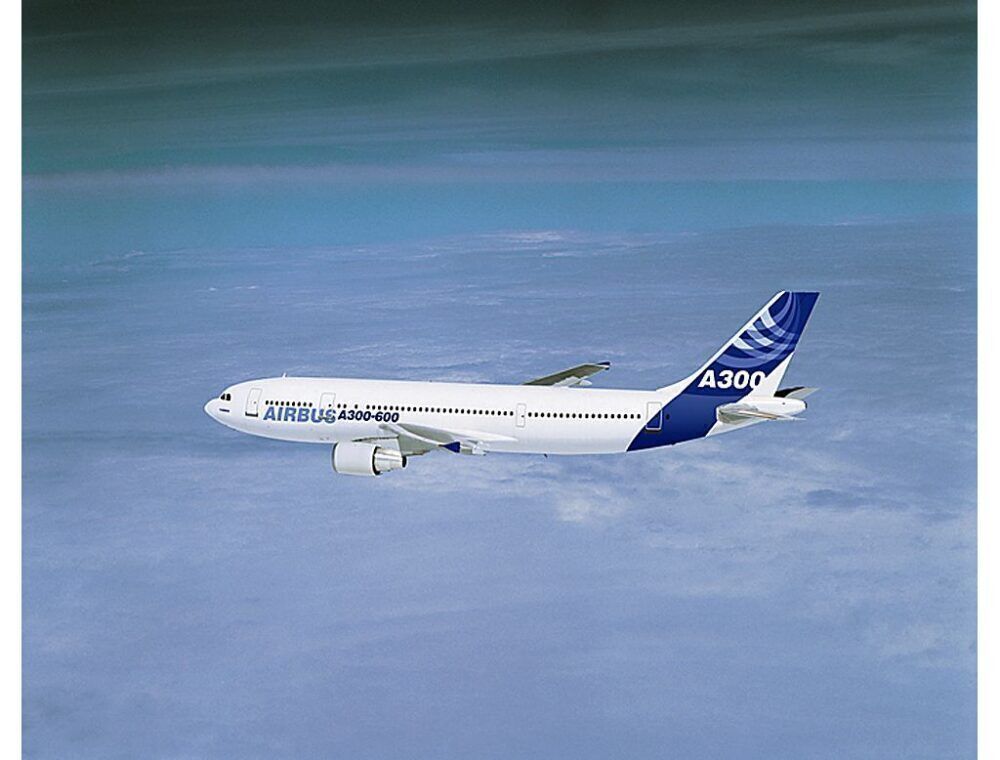 Airbus’ first aircraft was the A300, closely followed by the A310. Together, they placed Airbus well on the route to competing with Boeing. They follow much of the same design and offer commonality between types. The A310 came about from demand for a smaller capacity aircraft but also offered some innovative changes that fed back to the A300.

Airbus was formed in 1970, with a vision of European companies taking on the dominant US aircraft manufactures. Manufacturers in Europe had watched the rise of these companies and realized that they needed to join forces to compete. Airbus came together with several companies from the UK, Germany, and France, and this joint country operation remains key still today.

Airbus’ first aircraft was the A300, designed to take on the Boeing 707. This had become the best selling aircraft, very much marking the start of the jet age.

The ‘300’ in the name referred to the planned passenger capacity (although this was reduced following market research that suggested 250 would be more popular). It first flew in October 1972 and launched service with Air France in May 1974 (this was the first production version, the A300B2).

The A300 was notable as the first twin-engine widebody aircraft. Boeing would not launch such an aircraft until 1981, with the 767. Sales of the A300 were slow at first but built up after a few years once the aircraft, and the new company, proved itself.

It was improved with the A300-600 variant, launched in 1983. This used higher power engines, a re-designed wing, and a slightly longer fuselage. Importantly, it also reduced the cockpit crew from three to two, another first for the A310 and A300. The A300-600 kept the same capacity but increased range to 7,500 kilometers.

The A300 was popular, but there was demand from airlines for a smaller version. Several airlines had expressed the desire for a lower capacity version, more economical to operate on lower capacity routes. There was also an early expectation that Airbus launch another aircraft. As a new manufacturer, a second aircraft would boost its credibility as well as its product offering.

The A310 first flew in 1982 and entered service with Swissair in 1983. Singapore Airlines went on to be the largest passenger operator, with 23 A310s, followed by Lufthansa with 20 and Pan American World Airways with 18.

Jean Roeder, the chief engineer of Deutsche Airbus, said of the A310:

“We showed the world we were not sitting on a nine-day wonder, and that we wanted to realize a family of planes…we won over customers we wouldn’t otherwise have won.”

The A300 and A310 share much of their design. The A310 was developed from earlier proposals in the A300 program. And the later A300-600 took several elements from the A310, including the two crew cockpit design and lighter composite materials.

How do the two aircraft compare to each other? With both being widebody twin-engine aircraft, the difference comes down to size and capacity, and the resulting lower operating cost of the A310 (figures from Airbus):

The A310 ended production in 1998, and the A300 lasted until 2007. The A310 had only been in production for 15 years. There was a demand for a smaller aircraft, but that much demand as many airlines at the time was focussed on hub operations. Perhaps it came too early and may have lasted longer in an environment like today where point to point operations are increasing.

The A300 is operating mainly with cargo airlines. In passenger service, the top operators are all Iranian airlines. Several older aircraft have remained in use in Iran much longer than other countries, as sanctions placed on the country prevent airlines from ordering new aircraft and even replacement aircraft parts. Simple Flying looked previously at the main airlines still operating it.

The A310 only sold 225 aircraft, and few remain in operation (it doesn’t have the cargo operators that the A300 has). Air Transat was one of the last operators but dropped the A310 in early 2020. Options now are just Royal Jordanian, Iran Air, Mahan Air, Taban Air, Ariana Afghan Airlines, and Yemenia.