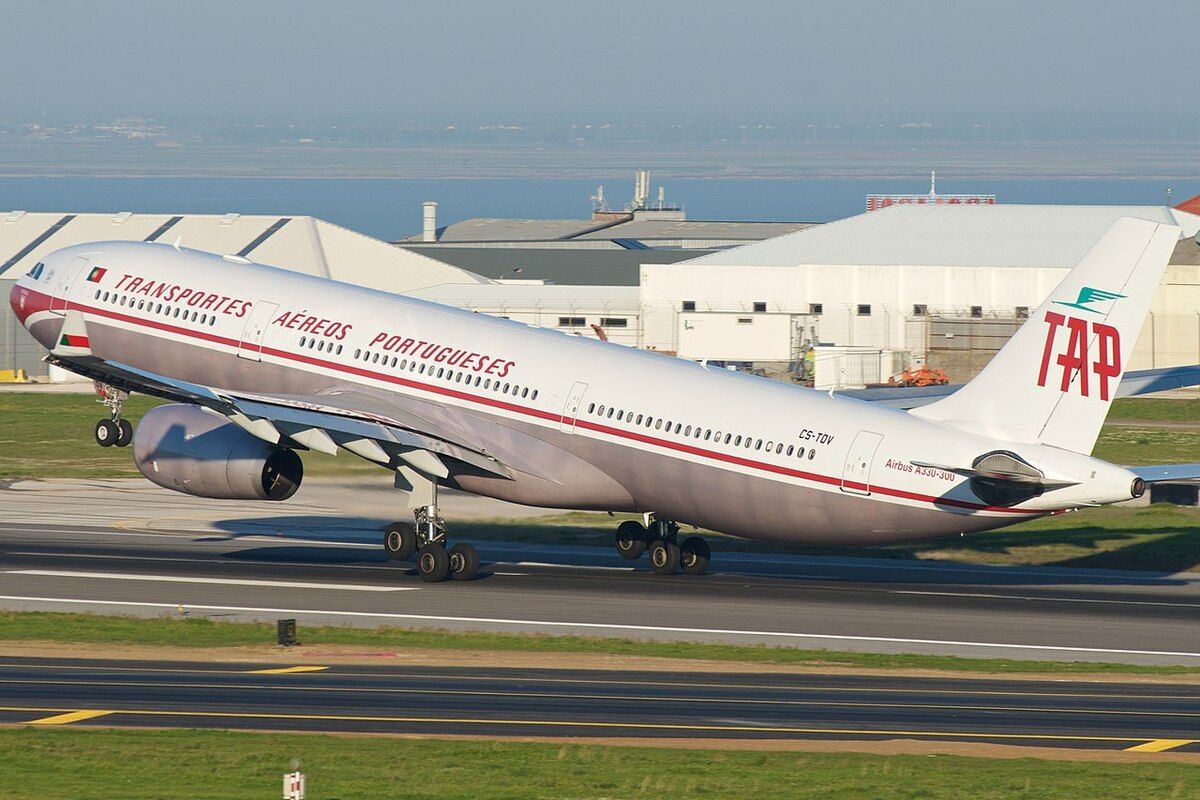 Yesterday marked the 76th birthday of TAP Air Portugal. Born on March 14th, 1945, the airline was founded to connect Portugal to the rest of the world. Starting with two DC-3 aircraft converted from military use, the airline has grown to operate direct flights from Portugal to the Americas, Africa, and much of Europe, using some of the most modern commercial jets available.

76 years after its launch, Portugese carrier TAP is celebrating its birthday with the release of a YouTube video, which covers a photoshoot showcasing various flight attendant uniforms over the years.

Within the video, the airline notes that it has undertaken some ‘special initiatives’ to commemorate the date of its founding. This consisted of flight attendants wearing TAPs “most iconic uniforms” on the same plane. For this special occiaision, TAP’s new A321neo was selected. While still a fairly new aircraft, CS-TJR, is unique in the fleet in that it is painted in a beautiful retro livery, seen below.

Starting out under the name Secção de Transportes Aéreos, which translates to “Air Transport Section”, the airline was under the jurisdiction of Portugal’s Civil Aviation Office. The first aircraft utilized by the airline were two Dakota DC-3 aircraft, which the airline notes were military equipment adapted to civil aviation.

The airline’s first commercial line was between Lisbon and the Spanish capital of Madrid. This launched on September 19th, 1946, with the inaugural flight having just 11 passengers in addition to the crew. These DC-3s were configured to accommodate 21 passengers, the airline states on its website.

1953 was the year of the airline’s first “privatization,” and saw the carrier go from a public service to public limited company. That same year, it added two new important destinations in Morocco: Casablanca and Tangier.

Portugal went through the revolution on April 25th, 1974 and underwent a decolonization process. It was during this time that TAP was re-nationalised. Five years later, in 1979, TAP implemented a modernization programme and changed its name from “Transportes Aéreos Portugueses” to the modern day “TAP Air Portugal.” This was considered “easier to recognise internationally.”

It was in 2015 that TAP Air Portugal would once again be privatized. It’s most recent years have seen it become an early customer for Airbus’ newer jets – the A320neo family and A330neo aircraft.

TAP Air Portugal has certainly seen a lot in its 76 years. Hopefully, it will be around for many more decades to come.