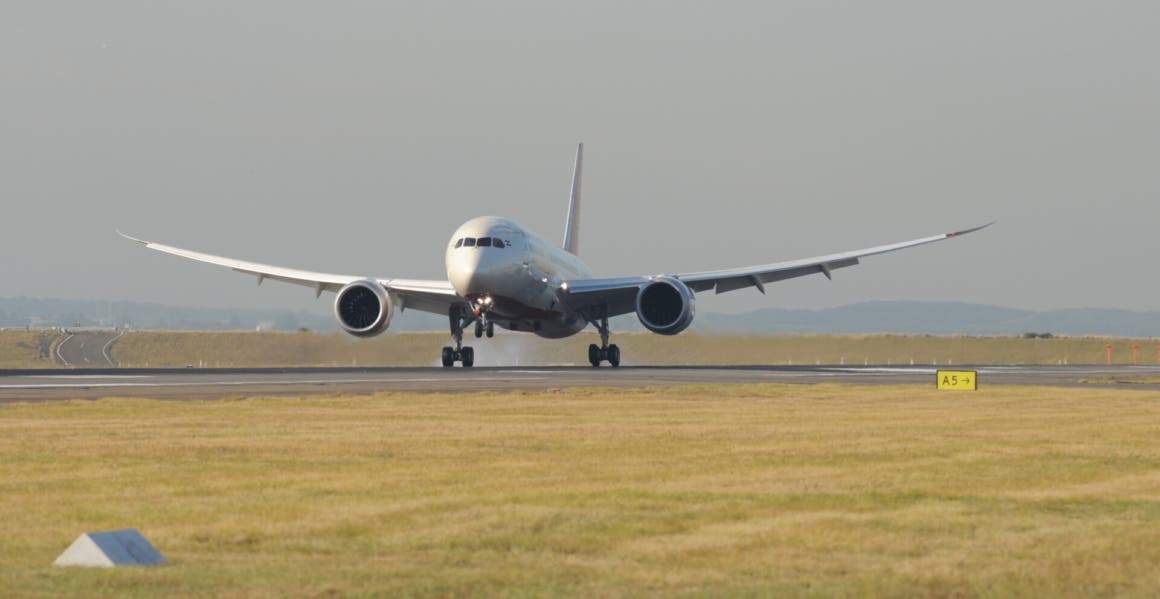 Sydney Airport is joining forces with the New South Wales Government to lure back airlines with cold hard cash. The airport and government are tipping in US$45 million each to incentivize airlines to return with tasty treats like flight subsidies.

Sydney Airport is teaming up with the NSW Government to lure airlines back to the airport. Photo: Getty Images

“18 international airlines have completely stopped flying to Sydney,” says Sydney Airport CEO Geoff Culbert. “We welcomed nearly 17 million international passengers in 2019, and this year we will welcome less than 3% of that, levels not seen since the 1960s.”

$90 million to get flights back to Sydney

On Wednesday, the Sydney-based New South Wales Government announced a US$398 million fund to reboot tourism. This includes US$45 million for an Aviation Attraction Fund to encourage international airlines to re-commence flights to Sydney. The city’s airport quickly matched the offer.

Minister for Tourism Stuart Ayres says for Sydney’s visitor economy to reach its full potential,  airlines need to come back.

“Sydney is the jewel in Australia’s tourism crown, and the NSW Government’s tourism package ensures that we can compete with other global destinations as they rebuild their post-COVID economies,” says Mr. Culbert.

Sydney Airport readies for a return to form

New South Wales is now setting the pace in Australia when it comes to re-opening. On November 1, the state is dropping all quarantine requirements for fully vaccinated travelers no matter where they come from. The state is also dropping current caps on passenger arrivals. At this stage, New South Wales is the only one of Australia’s eight states and territories to do so.

“We should not be arrogant enough to think that just because we’ve reopened the border, or we’ve removed quarantine, that every commercial operator around the world is just going to come back to Australia,” Mr. Ayres told The Sydney Morning Herald.

On passenger numbers, Sydney Airport is easily Australia’s biggest.  In calendar 2019, the last year of clear flying for Sydney Airport, 44.4 million passengers moved through the airport. The Sydney Airport precinct normally employs more than 29,000 people and generates 306,700 jobs across Sydney.

The airport says its operations normally contribute around US$22.5 billion to the New South Wales economy.

James Goodwin, the Australian Airports Association CEO, says COVID-19 has been devastating for airports and their employees.

“We need to say to the rest of the world that we are open,” he told Australia Today on Thursday. “That’s going to mean that those international airlines will schedule Australia as a destination, but there is not enough confidence in the sector at the moment.”

“We don’t think this first wave of travel will be leisure. It will be people visiting family and friends, and also essential business travel.”

Mr. Goodwin says he takes some confidence from the New South Wales Government leading the way on border reopenings, dropping quarantine requirements and visitor arrival caps. He says this year has been the worst year for Australia’s airports in over 40 years.

While James Goodwin thinks it will take time for passenger numbers to rebound not just at Sydney but at other Australian airports, Geoff Culbert believes the cash incentives will at least help accelerate his airport’s return to pre-pandemic levels of passenger traffic.