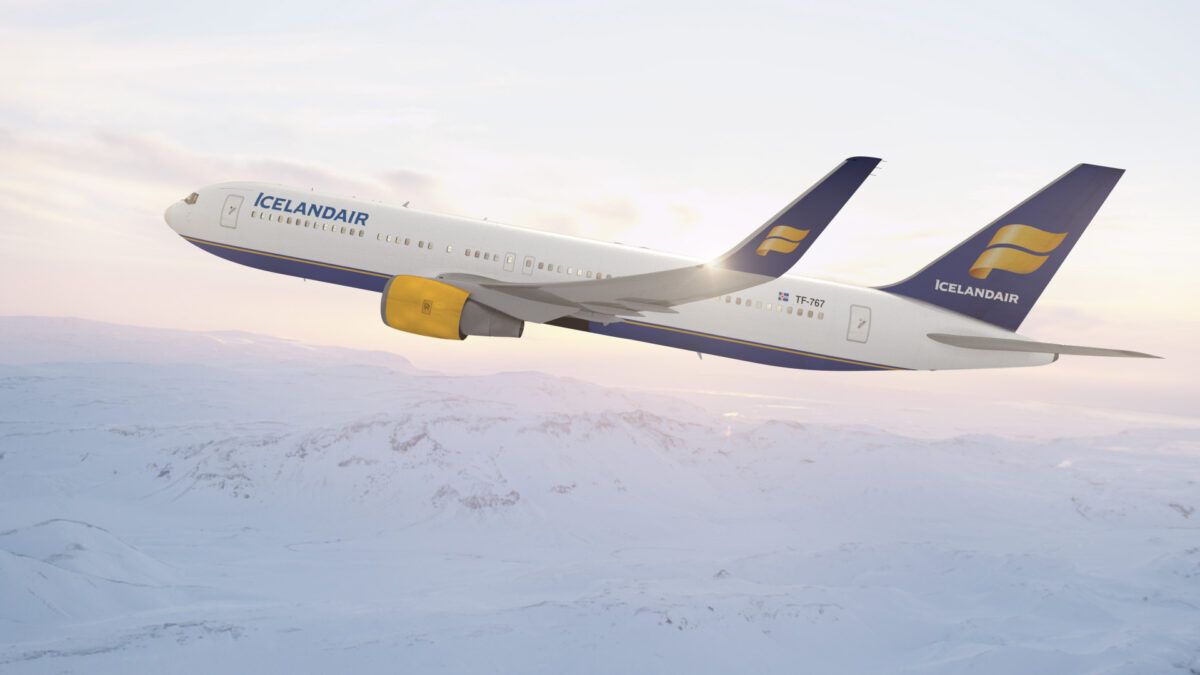 Over the weekend, an Icelandair Boeing 767-300ER, chartered by Icelandic firm Loftleidir, returned from an ultra-long-distance journey from Antarctica. The aircraft had been tasked with bringing home researchers who had been working at the Norwegian Polar Institute’s Troll Research Station. Since the flight’s completion, the institute’s Twitter page has published stunning video of the 767 parked on, and then taking off from, a blue ice runway.

The footage from Antarctica

It was yesterday, on March 2nd, that the Norwegian Polar Institute posted a video of the 767’s short time in Antarctica. Embedded below, the minute-long video shows beautiful drone footage of the aircraft on the ice runway. The aerial scene is then followed by a few seconds of timelapse video of passengers getting off the plane, walking down the airstairs. Finally, we can see the 767 take off from the ice runway, surrounded by not much more than ice, snow, and mountains.

The journey to the bottom of the world (and back)

Simple Flying covered the progress of the Icelandair 767 over the past week. Operated by Loftleidir under the Icelandair Air Operators Certificate, the aircraft left ‘home base’ at Keflavik for Cape Town. Onboard was a crew of 20, consisting of six pilots, 13 flight attendants, and one mechanic. After a stopover in Cape Town, the aircraft continued south to the Troll Research Station.

The jet was sent to collect 30 Norwegian scientists who had been working in Antarctica for the past few months and return them home to Oslo.

The aircraft tasked with this mission, the 767-300ER registered as TF-ISN, returned home on February 28th and has been there for the last few days. Its next flight is scheduled for tomorrow to a destination that is a little less exciting: Boston Logan International Airport.

According to the Norwegian Polar Institute, the Troll research station is located in the Antarctic area of Jutulsessen. As the institute states on its website, it’s the base and starting point for “biological, glaciological and geological field work during the summer season, and is a full-year base for continuous, long-term monitoring series in meteorology, radiation, atmosphere, upper atmosphere, environmental toxins and seismology.”

“Transportation to and from Troll is conducted on a 3000-metre-long airstrip Troll Airfield, located on the blue ice seven kilometres from the research station. The airstrip is operative in the Antarctic summer, normally between November and February and is reserved for scientific activities and cannot be used by commercial operatives.”

The Troll Airfield itself is primarily intended for transporting people and lightweight cargo. The institute says that there are normally about two flights per month during the Antarctic summer season.

The airfield is only open to aircraft commissioned by national operators operating in accordance with the Protocol on Environmental Protection to the Antarctic Treaty. The institute adds that aircraft which do not fulfill the defined safety and environmental requirements will be denied access to the airfield.