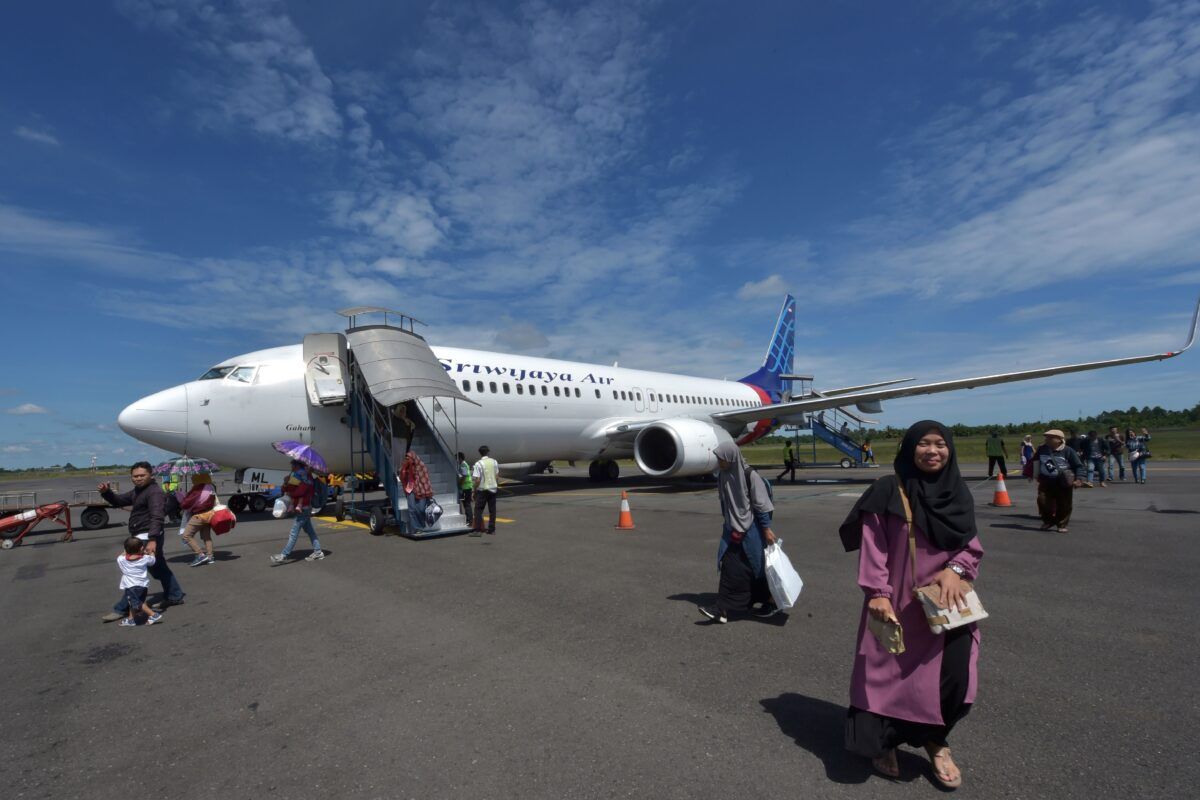 The release of the preliminary crash report for Sriwijaya Air flight SJ182 has maintained a focus on the autothrottle as a potential contributor to the accident. The Boeing 737-500, registered PK-CLC, crashed minutes after takeoff from Jakarta Soekarno–Hatta International Airport (CGK).

The preliminary crash report relating to the Sriwijaya Boeing 737 disaster in early January has been released today. Running to some 40 pages, the report details the events leading up to the accident, as well as the history of the aircraft and its crew.

While no conclusions have been drawn to date, investigators were known to be looking to the aircraft’s autothrottle for clues. Pilots that had previously flown the aircraft involved in the accident had reported issues with the system, with records stating “autothrottle was unserviceable” following flights on January 3rd and 4th.

Sriwijaya’s mechanics reportedly attended to the autothrottle on January 5th by cleaning the Takeoff and Go Around (TOGA) switch. The lead engineer reportedly conducted tests to make sure it was functional and then closed the issue.

However, in the report’s findings, there is evidence to suggest that the problem occurred again. After climbing to 1,980 feet, the autopilot engaged, and at just over 8,000 feet, thrust began to reduce. But the thrust reduction only worked on the left-hand engine; the right engine continued with the same level of thrust input.

At this point, the pilot requested a change of heading to avoid bad weather. This was approved, but he was advised to stop climbing at 11,000 feet. At 10,600 feet, the aircraft unexpectedly began turning to the left. The lever position of the left engine continued to decrease, but the right remained at high thrust.

The pilots’ last communication was around four minutes after takeoff when controllers requested the aircraft ascend to 13,000 feet. The pilots confirmed, and then the radio fell silent.

The aircraft only reached an altitude of 10,900 feet before it began descending. At this point, the autothrottle was disengaged, but it was too late to regain control. The aircraft had rolled to the left more than 45 degrees. The pilot reportedly made attempts to bring the plane up, but it was in vain. The flight data recorder stopped responding just seconds later.

Lead investigator, Nurcahyo Utomo, said that the evidence so far did not conclusively point to an issue with the throttle. As reported by the Press Trust of India (PTI), he said,

“So far, we don’t know if the engine’s throttle was broken or not, but it’s an anomaly since the left throttle moved far back and the right did not.”

He noted that there are as many as 13 other components of the plane linked to the autothrottle system. This indicates that a good deal more investigation will be undertaken before the crash is conclusively assessed.

Jakarta-based aviation analyst Gerry Soejatman told PTI that the throttle problem alone should not have caused the aircraft to crash. He noted that it was simple to turn off the autothrottle and that crew should have been able to make a recovery. He said,

“I am not satisfied that this accident could be that simple. Other factors must have come into play. Pilots are trained to notice this and prevent loss of control.”

Investigations into the cause of the crash remain ongoing, with Boeing, General Electric and the US National Transportation Safety Board joining the FAA and Indonesian investigators in assessing the evidence. So far, only the flight data recorder has been recovered. The cockpit voice recorder, which may hold vital clues, remains elusive.