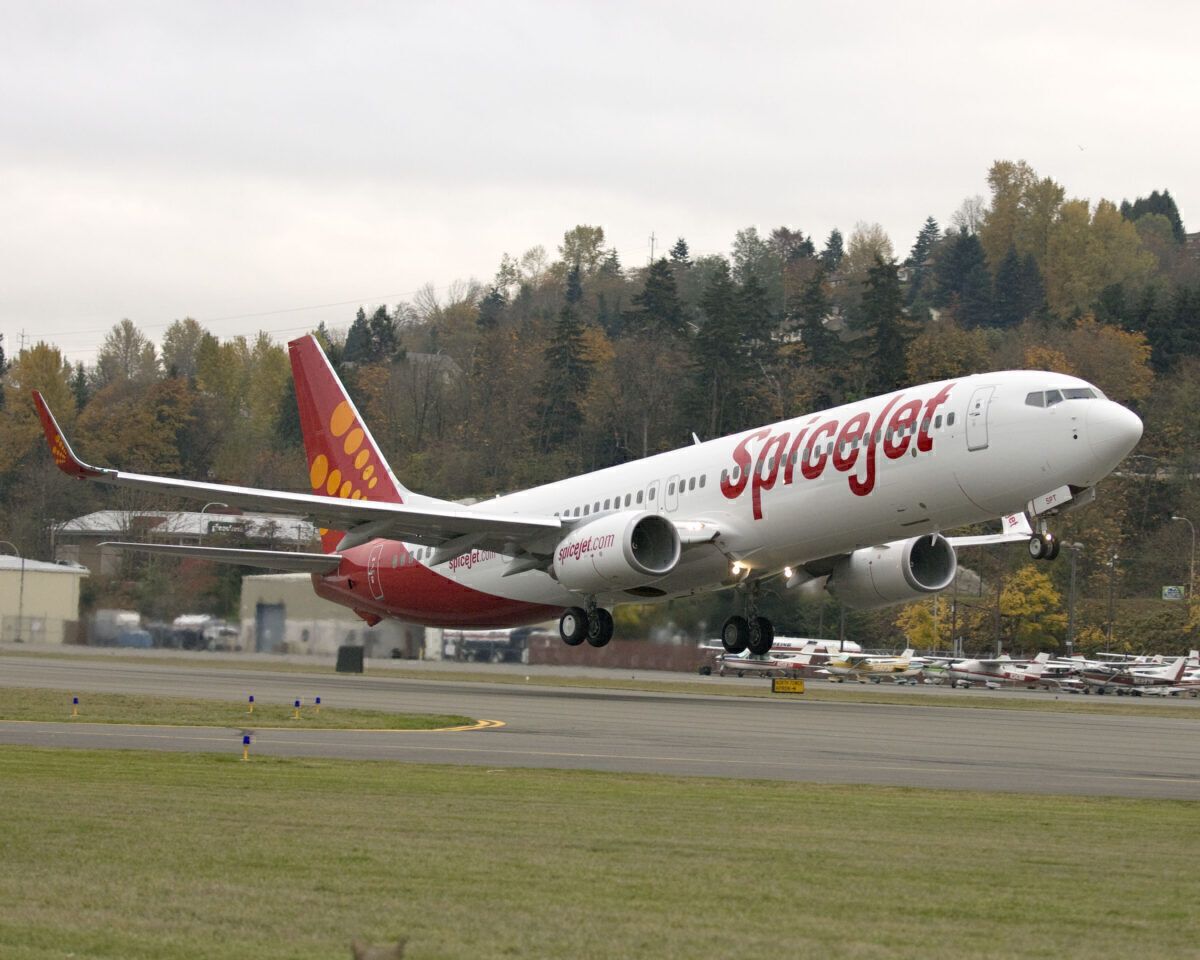 SpiceJet has announced 66 new domestic routes, including dozens of regional routes under the UDAN-RCS scheme. Many routes will begin operating at the end of this month as the airline looks toward a domestic recovery. Let’s find out more about SpiceJet’s latest expansion.

According to Hindustan Times, the new routes will mainly focus on a regional expansion. SpiceJet will expand its presence in Darbhanga, Durgapur, Jabalpur, Gwalior, and Nashik by adding routes to metro cities under UDAN-RCS (Regional Connectivity Scheme).

Darbhanga has quickly emerged as a focus city with SpiceJet, with the airline recently adding connections to Delhi, Mumbai, and Bangalore. Under this expansion, the city will see routes to Ahemdabad, Hyderabad, Pune, and Kolkata as well. SpiceJet is the only airline currently operating flights from the city, giving it a monopoly on traffic.

SpiceJet is also adding flights from Jharsuguda to Chennai, its fourth connection to the city. Nashik will also see a direct flight to Kolkata, the last major city that is currently unconnected. More details about routes will be announced in the coming weeks as services commence.

Among metro cities, Pune will gain five new direct routes to Darbhanga, Durgapur, Gwalior, Jabalpur, and Varanasi under the expansion. The new routes will begin operating from March 28th for now. This comes despite cases in Pune surging and leading fears of a second wave of cases in India.

This time around, SpiceJet is not only adding new routes but also doubling down on some of its existing ones, signaling strong traffic. The carrier will increase frequencies on flights from:

Srinagar has also emerged as another major destination for SpiceJet. In addition to increased frequencies, the airline will also add direct flights from Srinagar to Bangalore, Ahemdabad, Leh, Kolkata, and Hyderabad, along with another service to Mumbai. The popular tourist city has seen traffic rise as leisure travelers return to the skies.

SpiceJet is also adding flights from Mumbai to Hyderabad (a business-heavy route it was absent on), Mumbai to Surat, and Kochi to Pune. Overall, SpiceJet is eying its biggest expansion in the last year with this announcement.

While most Indian airlines have been conservative with their new routes, SpiceJet has done the opposite. The airline has announced over 100 new routes in 2021 and shows no signs of slowing.

The new routes will also be served primarily by the De Havilland Canada Q400s and some by the Boeing 737-800. The coming months will tell us if SpiceJet’s strategy of expanding at this tough time will pay off.

As mentioned, the new routes come at a crucial time for India, as the country scrambles to prevent a second wave of cases. Cities in Maharastra (Mumbai, Pune, and more) are seeing cases rise dramatically, possibly threatening SpiceJet’s planned expansion. For now, the aviation industry is holding its breath in hopes that cases will begin to fall again.