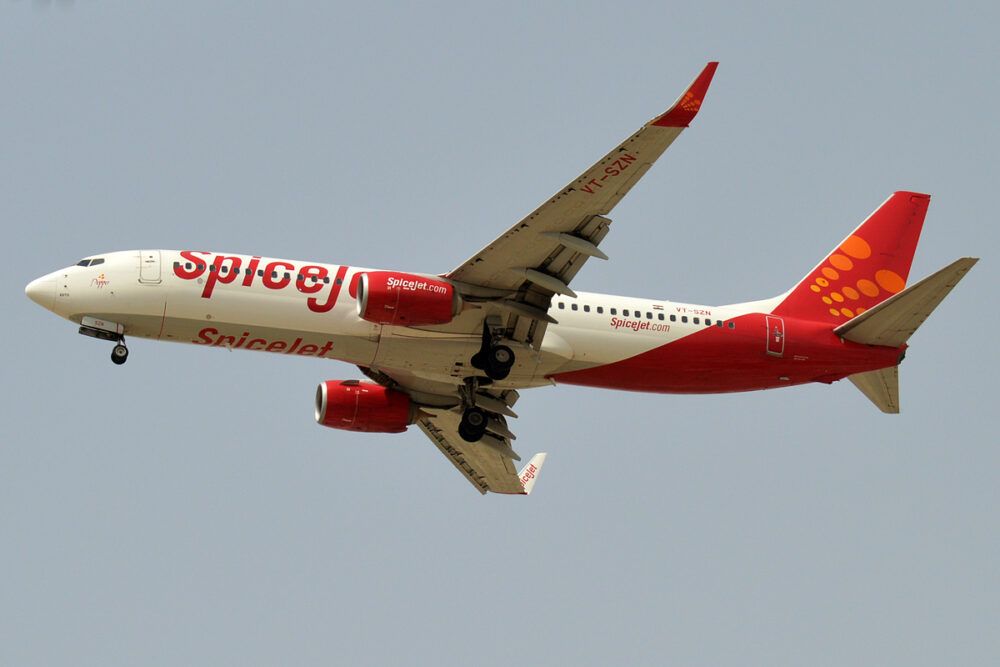 Budget carrier SpiceJet has announced 20 new domestic routes set to start operating next month. The new routes will connect Jaipur to destinations around the country, such as Dehradun, Delhi, and Goa. SpiceJet has been growing its domestic network in the last few months as demand picks up.

According to a press release, seen by Moneycontrol, SpiceJet will add a series of new routes to Jaipur. A popular tourist destination, also known as the “Pink City,” Jaipur attracts millions of tourists every year. This year, SpiceJet is seizing on falling COVID-19 cases and demand for leisure travel to launch new connections.

Starting February 1st and 10th, the airline will launch several new routes to the city. This includes daily flights to Jaipur from Delhi, Udaipur, Surat (and onward to Goa), four weekly flights from Dehradun, and three weekly services from Amristar.

To promote the new services, introductory one-way fares ranging from ₹2,400 ($33) to ₹4,300 ($59). In addition to Jaipur, SpiceJet is also adding a second daily service between Delhi and Dehradun, another popular leisure destination.

In a statement about the new routes, Chief Commercial Officer Shilpa Bhatia said,

“There can’t be a better time to launch multiple flights to connect this picturesque and historical city with other major cities owing to the perfect weather conditions for travel and tourism. As Covid cases are slowly diminishing, travel destinations like Jaipur make a perfect weekend get-away for everyone with special introductory prices on one-way fares. Plus, we will keep adding new flights to various other Tier-2 cities offering great potential.”

SpiceJet also announced a new regional route from Kolkata to Pakyong, a town in the neighboring state of Sikkim. The flights will operate five times a week using the 78-seat Bombardier Q400. This route falls under the government’s UDAN-RCS (Regional Connectivity Scheme) plan, which provides subsidies to airlines offering flights to smaller, Tier two cities within India.

SpiceJet isn’t the only airline looking to expand into smaller cities, competitor IndiGo announced seven new regional bases a few weeks ago. The demand for regional travel has grown in the last few years and is expected to surge in the next decade.

Indian airlines have spent the last few weeks announcing new routes and massive sales on domestic flights. As COVID-19 cases fall to their lowest point in months, the demand for leisure for travel has begun recovering. India is quickly approaching an 80% domestic capacity recovery and could reach 100% in the coming months.

SpiceJet is also hoping to resume flying its 737 MAX flights by April, adding more flying capacity before the summer. The coming months will likely see more domestic traffic as aviation finally sees a bright spot after a tough year.