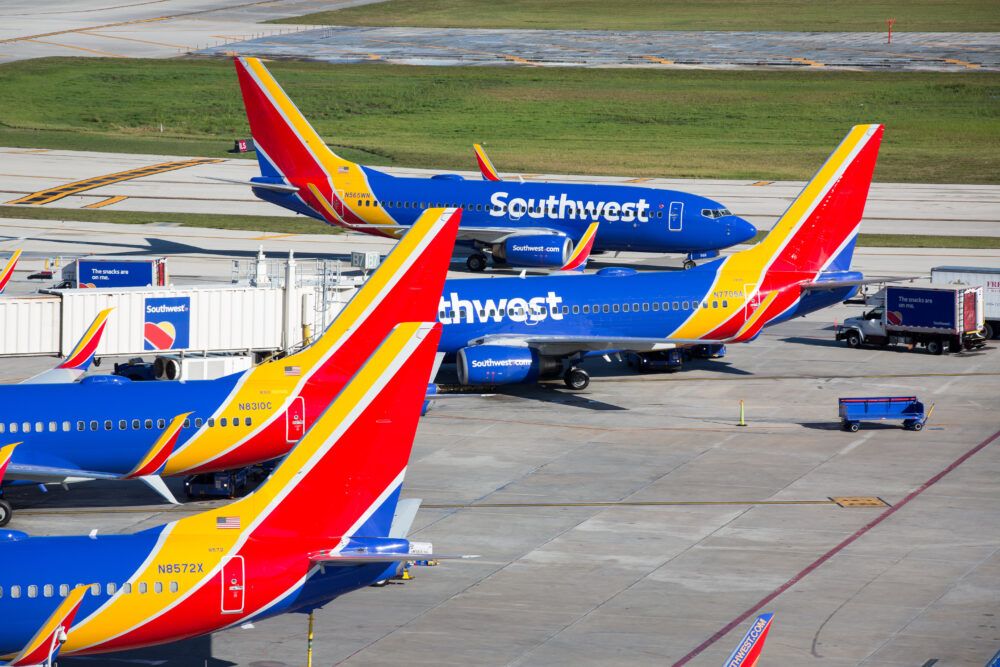 While Southwest Airlines stopped blocking the middle seat late last year, the airline has mostly won plaudits for its health and hygiene measures. Traditionally, Southwest Airlines lined up passengers in groups of 30, positioning them in the queues according to boarding position. It was a complex system but it worked. But for most of the past year, that downsized to groups of 10. Everyone else staying seated until a new group was called. It was kind of nice.

Up until now, lower than usual passengers loads meant most passengers got an empty seat beside them. That’s despite Southwest dropping their official blocked middle seat policy. Lower passenger numbers also made the more cumbersome practice of boarding people in smaller groups viable.

In mid-March, Southwest Airlines said it had “continued to experience an improvement in leisure passenger bookings with beach and other nature-inspired destinations continuing to outperform other regions.

“March and April 2021 operating revenues are currently expected to improve compared with Southwest’s previous estimations primarily due to an increase in passenger traffic and fare expectations.”

Flight and passenger numbers are picking up across the United States

While face masks remain compulsory and social distancing requirements remain in place, the uptick in business means airlines like Southwest have to drop some of their recent practices. It looks like the nice, civilized, small group boarding is one practice going by the wayside.

“The majority of our customers are familiar with Southwest’s standard boarding style and have an expectation for the normal boarding process as they return to travel.”

While all the big United States-based airlines have enforced significant behavioural changes among passengers over the last year, there are now some cracks appearing around the edges.

While social distancing is nice in theory, it’s often hard to enforce in practice, especially when you’re in a queue at an airport. Delta Air Lines and United Airlines are continuing to enforce their changed boarding practices. Southwest Airlines has joined JetBlue in the back to the normal boarding process. Only Delta continues to block the middle seat. However, that’s coming up for review soon and is likely to get jettisoned.