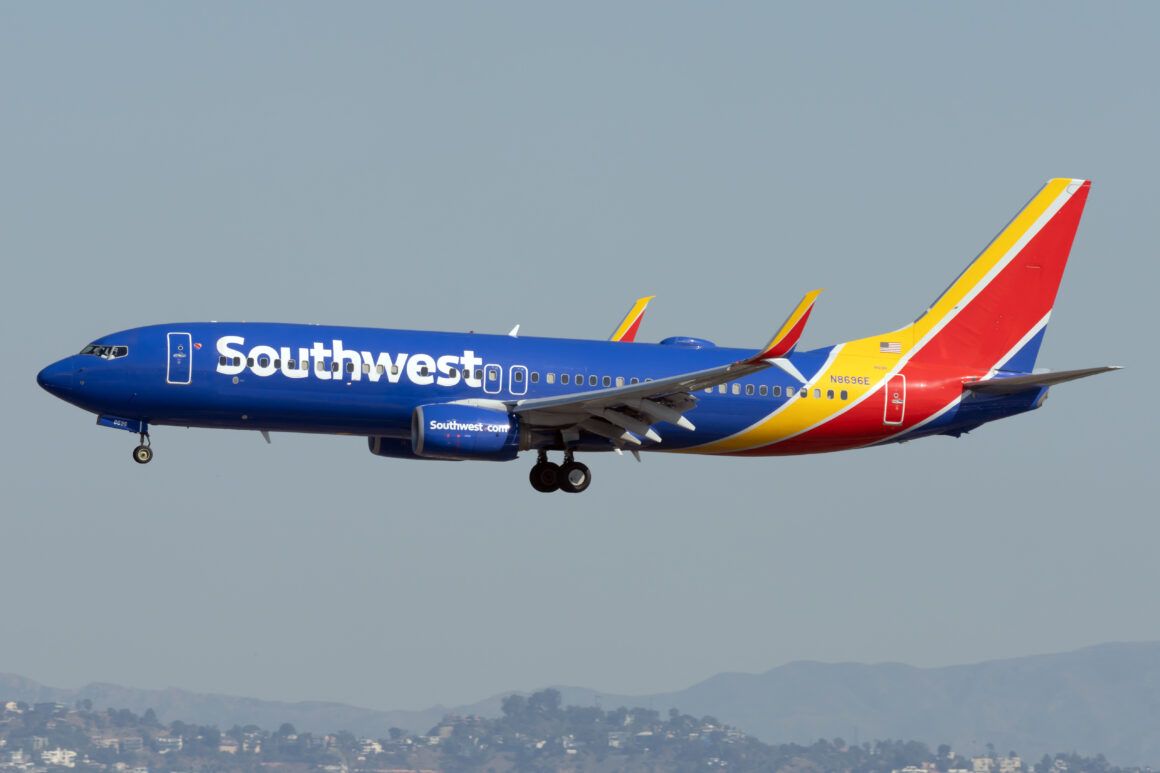 Southwest Airlines recently announced the destinations it will serve out of Eugene, Oregon. Eugene was announced as part of a recent expansion and will officially be in the airline’s network from August 29th. Starting with three daily flights, Southwest is serving the city from two very predictable markets.

Southwest’s new routes out of Eugene

We welcome new Customers to Southwest as we continue an expansion across the nation to bring additional service and open new cities. The addition of Eugene to our map positions easy access to Southwest all around Track Town USA, and is a request from leisure and business travelers who value our flexibility and Hospitality.”

A predictable slate of new routes

When Southwest announced it would add flights from Eugene, two top new contenders for routes out of the city were Oakland and Las Vegas, and those are the cities getting services from Eugene. While there will be some origin and destination demand, the two new services are part of Southwest’s recent expansion trends.

Southwest saw a dip in the number of travelers who flew nonstop with the carrier in 2020. While a vast majority of its passengers still flew nonstop, Southwest flew fewer city pairs in 2020 than it did in 2019, which means more of its passengers flying between the same cities would need to connect, on top of the existing percentage of travelers who connect through a Southwest base like Houston, Dallas, Baltimore, Las Vegas, or Oakland.

As Southwest has added new cities, with some exceptions, the carrier has mostly added new cities by connecting them with the airline’s bases. In this manner, the airline has pivoted slightly toward a hub-and-spoke model. Most passengers going to and from Eugene are likely to be passengers who connect in Oakland or Las Vegas.

Hub-and-spoke models have an advantage. Airlines can schedule aircraft, crew, and staff efficiently, and adding incremental capacity comes at a lower cost than other new routes. Plus, the airline has a better chance at keeping its planes full by having a fallback with connecting passengers from other cities.

Will Southwest continue the trend?

One major exception to Southwest’s latest strategy has been Myrtle Beach, which is receiving a whopping ten new routes to cities far and wide, including bases and other points in the airline’s network. In addition, even after the airline has announced a new city and announced initial flights, it has gone back and added flights to new destinations after seeing what initial demand looks like.

While airlines do have a pretty solid idea of where passengers are looking to book and what kinds of destinations they want to visit, sometimes demand materialization can be a pleasant surprise. If demand for Eugene is higher than projected, new flights could be on the cards, such as to cities like Denver or Phoenix, or else boosting frequencies on the two existing routes.

Ultimately, Southwest is focused on adding new cities but doing so in a manner that minimizes the risk of losses and inefficiencies as much as possible. Eugene is the latest example. So far, it seems to be paying off for the airline, but at its core, Southwest is a point-to-point carrier still and will continue to be for a long time to come.

As the 2021 edition of the event drew to a close, SEA Milan Airports handed over the hosting responsibilities of the eve …