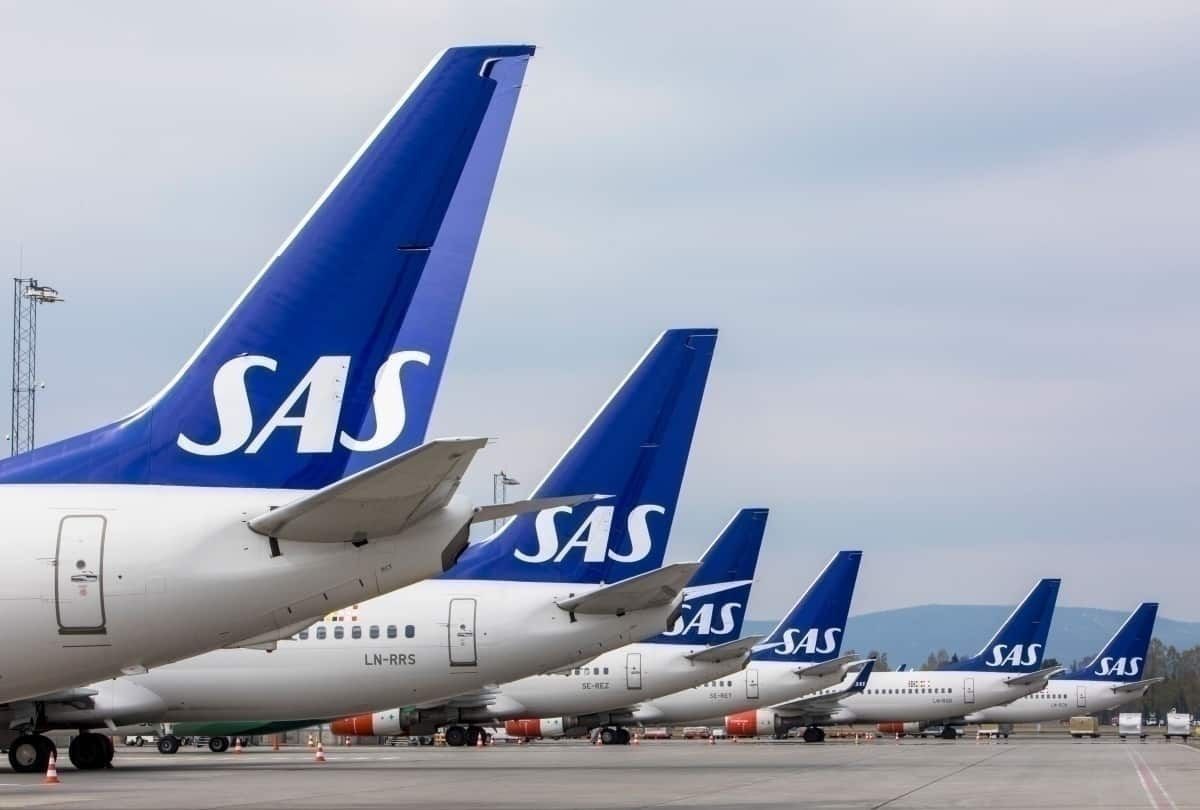 Scandinavian Airlines (SAS) shared a report of its Q1 2021 results this week. The carrier notes that it made a loss of MSEK 2,050 (~$243 million) during this period. It adds that the grim figures are a result of the continued impact of the pandemic.

During the first quarter, several significant events occurred for the flag carrier of Denmark, Norway, and Sweden. The airline extended its charter partnership with Apollo in the form of a three-year contract valued at SEK 3.4 billion (~$400 million). Along with this, the company contracted and utilized a new NOK 1.5 billion credit facility for a three-year term. This is guaranteed in full by the Norwegian Export Credit Guarantee Agency. This move will strengthen the firm’s liquidity.

Moreover, SAS president and CEO Rickard Gustafson announced that he will leave the airline. He has been with the company for a decade and will part ways by July 1st.

Gustafson spoke about the activity over the last quarter. He said it was marked by increased virus cases and growing concern for new mutations. These issues resulted in the rise of stringent travel restrictions across the globe. He pointed out that the current government policies are stricter than the initial measures at the beginning of the pandemic.

“The negative traffic trend has resulted in revenue of only SEK 2.3 billion, a year-on-year decline of SEK 7.4 billion. At the same time, SAS has succeeded in offsetting the majority of the revenue loss by reducing costs, which are almost 60% lower year-on-year. However, the cost savings have not fully compensated for the loss of revenue, and earnings for the quarter amounted to SEK -1.9 billion, which is down SEK 0.8 billion compared with last year,” Gustafson said in the financial report seen by Simple Flying.

“SAS’ ability to manage liquidity is crucial for the company’s ability to safely navigate the ongoing pandemic, and liquidity amounted to SEK 4.7 billion at the end of the quarter. As planned, SAS has pulled together to ensure that customers are reimbursed for canceled travel, which amounted to SEK 2.1 billion during the quarter. Moreover, we have also had one-time disbursements amounting to around SEK 0.7 billion pertaining to postponed payments from 2020 and restructuring initiatives.”

Gustafson adds that there is a pent-up need to travel. Furthermore, vaccinations are gaining global momentum. Therefore, he anticipates that the current restrictions should soon be eased so people can hit the skies once again. Amid these expectations, his airline is planning to resume 180 direct routes for the summer, which will primarily be within Scandinavia and Europe.

Nonetheless, SAS highlights that the global health crisis and the uncertainties that come with it make it impossible to provide clear guidance on the outlook for financial performance for the coming fiscal year. However, with the recent drop in new cases for many countries within the carrier’s network, and progress in the vaccination program, there is some hope for the future.

Why Has Icelandair Flown A Boeing 767 To Antarctica And Back?

Even though Icelandair’s aircraft are based just outside of the Arctic Circle, one of its Boeing 767-300ERs took a trip …

Norway’s exciting new airline, Flyer, has announced that it is ready to hit the skies in the second quarter of this year …