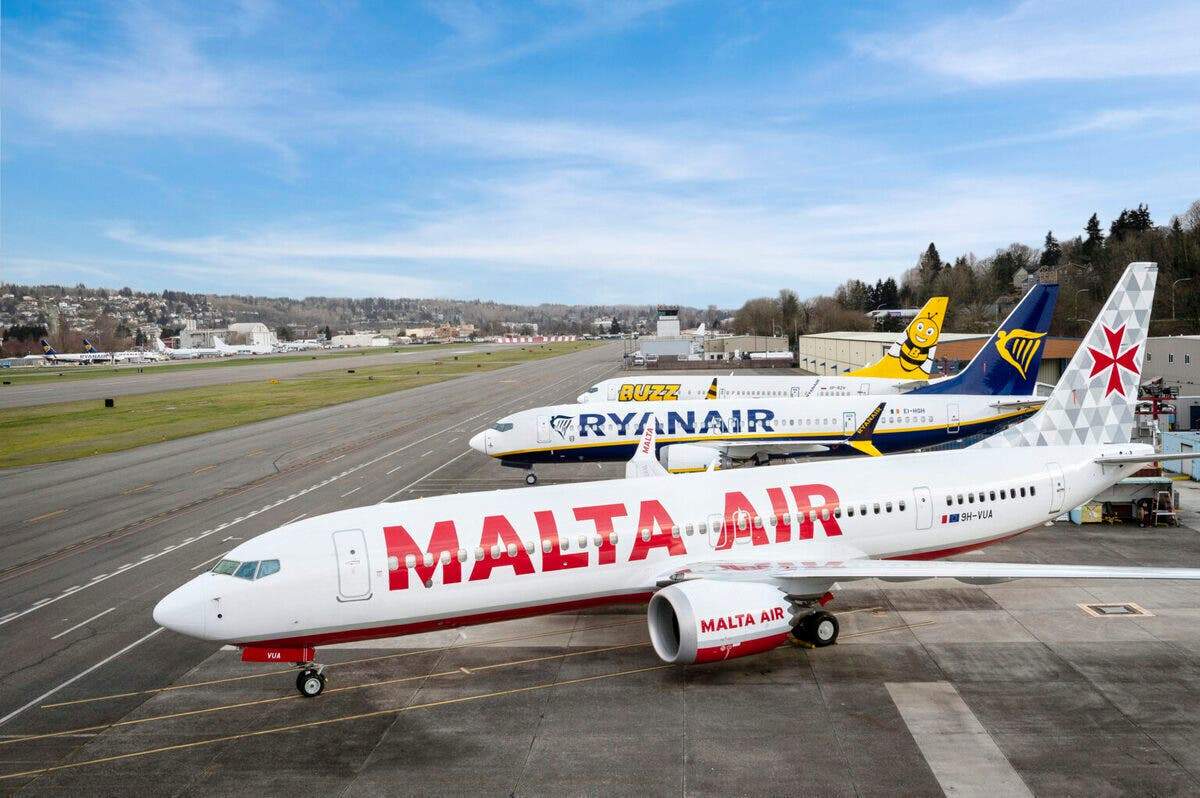 Ryanair has Boeing 737 MAX flights scheduled to over 100 airports during November from Agadir to Zaragoza. Just five of these airports have over 100 MAX flights planned for the month, with a further 20 having five or more flights scheduled. Many cities may see their first Ryanair MAX flight in November, including Frankfurt, which welcomed its inaugural Ryanair MAX service today. So, where are the Boeing 737 MAX hotspots in November?

Over 100 airports will welcome a Ryanair Group Boeing 737 MAX in November. Photo: Ryanair

When looking at the number of Boeing 737 MAX flights scheduled for November, two airports in particular stand way above the rest in data provided by aviation schedule experts, Cerium. These are Milan Bergamo in Italy and London Stansted in the United Kingdom.

The reason these two airports stand out so much is their place in the overall Ryanair network. London Stansted is the airline’s largest base, while Bergamo is also a significant Ryanair base. Both have onsite engineering facilities and large fleets, making them a natural choice as a first 737 MAX base. Of the two, Milan edges ahead slightly, with 724 departures planned, 695 of these operated by Malta Air. London Stansted has 629 departures scheduled, with 529 operated by the main Ryanair brand.

Only three more airports have over 100 Ryanair Boeing 737 MAX departures scheduled for November. Bologna, again in Italy, has 289 flights scheduled, equating to around ten flights a day with the MAX. 284 of these are planned by Malta Air, while five are from the airline’s Polish subsidiary, Buzz.

Hear from aviation’s movers and shakers. Book your free ticket for the Future Flying Forum now.

When Ryanair takes delivery of the Boeing 737 MAX from Seattle, they all fly to its home city of Dublin for entry to service checks, regardless of which subsidiary they’re due to join. Despite being home to Ryanair, it seems the MAX doesn’t have a place in the Irish capital for the time being. Just 24 MAX departures are planned from the airport during November (Malta Air – 4, Ryanair – 8, Buzz – 12).

What about the bottom airports?

So we looked at the top Boeing 737 MAX airports for the Ryanair fleet this month, but what about the bottom airports? From Ancona to Wroclaw, there are 19 destinations with just four departures planned. However, there’s just one airport that has fewer MAX flights scheduled.

Cork was one of the original routes served by the full-service Ryanair in its early, pre-low-cost carrier days. However, like Dublin, it also won’t play host to a considerable number of MAX flights. Just two flights, both to London Stansted, are planned towards the end of the month. Of course, many more destinations across the network still won’t see the MAX for quite some time.