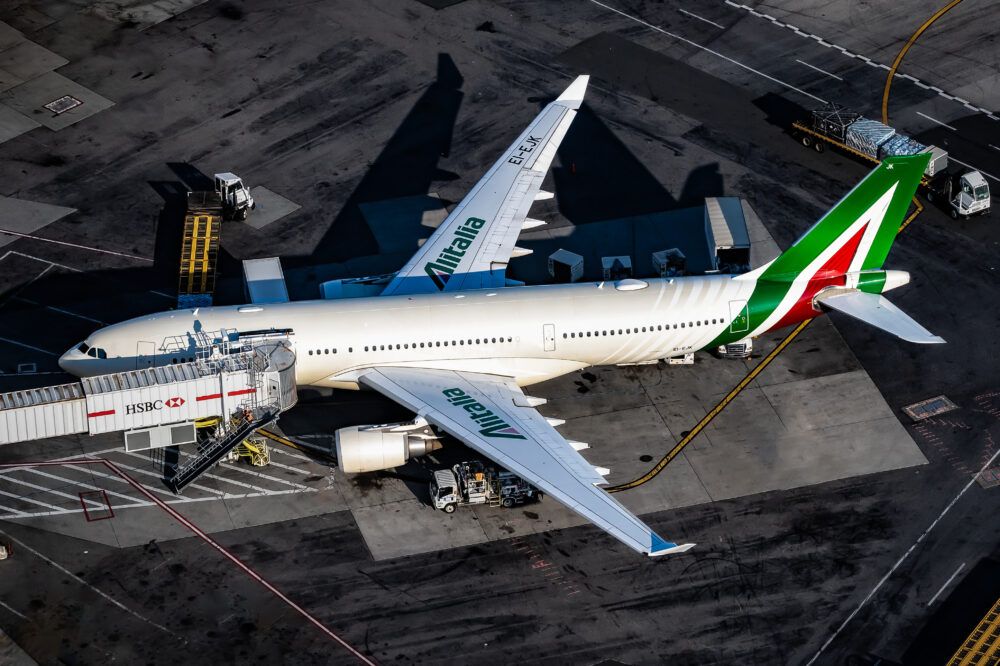 Ryanair is hoping to pick up slots left by Alitalia at Rome Fiumicino and Milan Linate Airports. The news comes as the Italian flag carrier undergoes an overhaul that will see its footprint shrink in the coming months. The Irish budget carrier has said it would be interested in bidding for the slots when they open up. Let’s find out more.

As Alitalia undergoes nationalization and restructuring, the carrier is expected to let go of several lucrative slots in airports like Rome and Milan. This opens up a rare opportunity for airlines at these slot-restricted airports to quickly their operations. Ryanair is one airline that is jumping at the chance to secure more slots.

In a statement to RTÈ, Ryanair confirmed that it is interested in a tender for the slots when they open up. While details are yet to be finalized (Alitalia hasn’t even released any slots yet), Ryanair is discussing the opportunity after a European Commission statement. The carrier said,

“As part of its state aid investigation into Alitalia’s new company, the European Commission advised the Italian government to put Alitalia’s assets to a competitive tender, including its Linate and Fiumicino slots….Ryanair has expressed an interest in participating in such a tender”

In pursuance of such a deal, the budget carrier has already sent a letter to the government saying it is interested in slots and other assets from Alitalia. The flag carrier already has plans to potentially pull out of Milan Malpensa Airport. However, the journey to securing a slot may not be straightforward.

While Ryanair is trying to jump on new opportunities, Alitalia’s future remains unclear. Most recently, the government is considering killing the Alitalia brand itself, after the EU did not clear more state aid for the carrier. Italy has allotted roughly €3 billion ($3.64 billion) to restructure the flag carrier and make it profitable.

This would mean liquidating Alitalia and all of its assets, including aircraft and slots, and selling them in a competitive manner. This would add complexity to the government’s previous plan to transfer the airline’s assets into a new company that would rebrand the airline and restart operations. The EU has outrightly rejected this plan.

The selling of assets would make key slots up for grabs to airlines like Ryanair and others looking to expand. However, sources speaking to RTÈ have said that handing over slots to foreign airlines could be politically controversial and unheard of in Alitalia’s history.

For now, the journey towards securing new slots looks like a long one for Ryanair. In a year where dozens of European airlines have received government bailouts, Alitalia’s is proving to be a particularly sticks one.