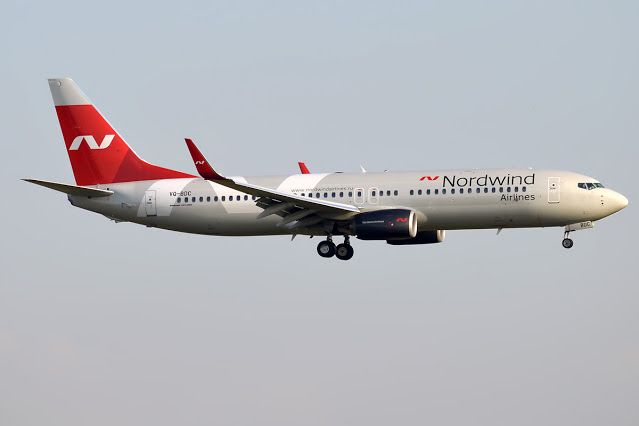 Russia’s Nordwind Airlines plans to launch operations between St Petersburg and Skopje, as well as increase frequencies on its existing flights between Moscow and the Macedonian capital launched last month. It comes following talks between Nordwind representatives and the Macedonian government. The Russian carrier plans on adding a second weekly departure from Moscow to Skopje starting August 2, each Monday, while services from Russia’s second-largest city would commence in October. Tickets for the new flights are yet to be put on sale. Services between Moscow and Skopje are currently capped at one per week by Russian authorities, however, limitations are expected to be eased in the coming weeks.
Russian tour operators are yet to embrace Macedonia as a tourist destination and there are currently few travel packages being sold to the country. This has resulted in a lower load factor on the Skopje flights, although Nordwind sees potential in the destination as the entry for Russian nationals is visa-free and there are no PCR or vaccination requirements. Currently, the Moscow – Skopje service is predominately used by those continuing their journey to Montenegro, Bulgaria, Southern Serbia, Albania, and Greece. Based on OAG data, during the pre-pandemic 2019, there were a total of 5.518 indirect passengers between Moscow and Skopje and a further 1.209 indirect travelers between St Petersburg and the Macedonian capital.
Commenting on the new Moscow service, the General Manager of Skopje Airport’s operator TAV Macedonia, Metin Batak, recently said, “At TAV Macedonia we are very pleased Nordwind decided to start flights between Moscow and Skopje, opening the first air link between North Macedonia and Russia in twenty years. We strongly believe this unserved route has huge potential and that it will be very useful for both business travelers and tourists alike. Nordwind is one of the largest airlines in Russia in terms of passenger traffic and boasts one of the most developed destination networks in the country”.

Japan Airlines To Start Flights From Tokyo To Moscow Sheremetyevo